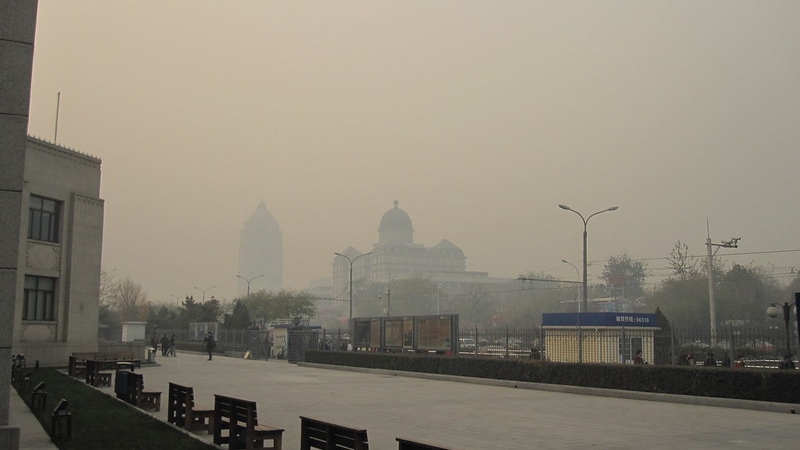 Firms can buy the right to pollute from others who have a lower carbon footprint, but the programme is expected to drive down overall emissions by making it more costly to produce them.

“This is one of the most exciting developments for the world’s largest carbon market in the recent rollercoaster year,” said Zhang Jianyu, vice president of the Environmental Defense Fund China, which has consulted with the government on emissions trading.

However, 60% of power in China is still provided by coal despite ambitious renewable energy targets, and experts warn the powerful coal lobby will be pressing hard for favourable carbon caps.

Under the new rules, more than 2,200 firms that emit over 26,000 tonnes of greenhouse gases per year can start trading their emission quotas from 1 February.

China’s nationwide system is expected to eclipse that of the European Union to become the world’s largest emissions trading scheme (ETS).

Beijing has pledged to peak emissions before 2030 and become carbon neutral 30 years later. But it pared back initial plans to curb emissions from seven other industries including aviation, steel and petrochemical manufacturing.

“When Europe started its trading scheme in 2005, there were issues in the first phase where members were kind of caving in to lobbying pressure,” said Li Shuo from Greenpeace China.

China’s greenhouse gas emissions in 2019 were estimated at 13.92 billion tonnes – about 29% of the world’s total linked to global warming.

Once fully operational, the ETS will cover about a third of China’s national emissions, according to the International Carbon Action Partnership.

It is unclear whether China will include businesses outside the power sector in the system.