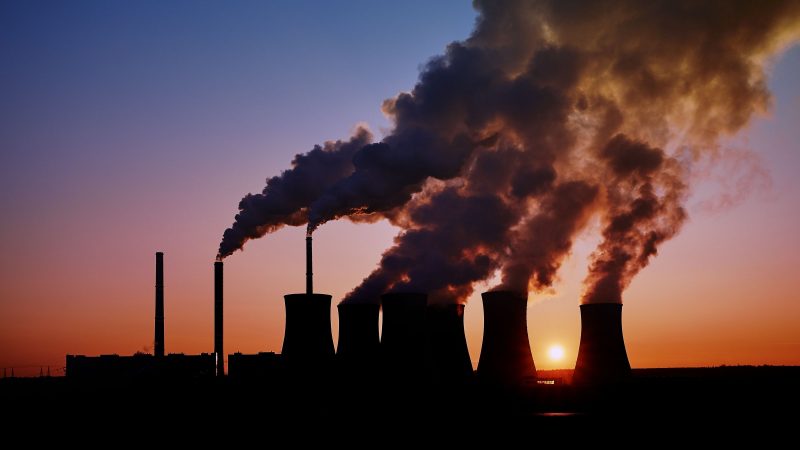 As gas prices rise, it becomes more economical to burn coal, which requires more carbon permits and in turn pushes up prices on the carbon market [Kamilpetran / Shutterstock]

Europe’s benchmark carbon price is on track to hit €100 a tonne by the end of the year, analysts said, after it reached a new record high of €89.37 a tonne on Wednesday (8 December), marking a near 50% rise since the start of November.

The European Union’s emissions trading system (ETS), which requires manufacturers, power companies and airlines to pay for each tonne of carbon dioxide they emit, is central to its efforts to cut net greenhouse gas emissions by 55% from 1990 levels by 2030.

The benchmark December 2021 contract was trading at €89.24 per tonne by mid-morning on Wednesday, having hit the record high of €89.37 per tonne earlier.

Traders and analysts said a rise to €100 a tonne is now possible, due to several bullish factors such as higher gas prices, which makes coal power plants more profitable than gas, and an options expiry.

The Dutch front-month gas contract, also a European benchmark, rose as much as 10% on Wednesday on colder weather forecasts and maintenance at major gas infrastructure.

Rising tensions between Russia and the West over a build-up of troops on the Ukrainian border was also a factor.

“I think it’s possible prices could head to €100 per tonne to get all of the open interest on call options on that strike into the money,” Energy Aspects analyst Trevor Sikorski said in an email.

Berenberg analyst Lawson Steel told Reuters via email he expects the carbon contract to reach 110 euros/tonne by the end of the year. Bjarne Schieldrop, chief commodities analyst at Nordic corporate bank SEB, said on Tuesday the €100 price could be hit before Christmas.