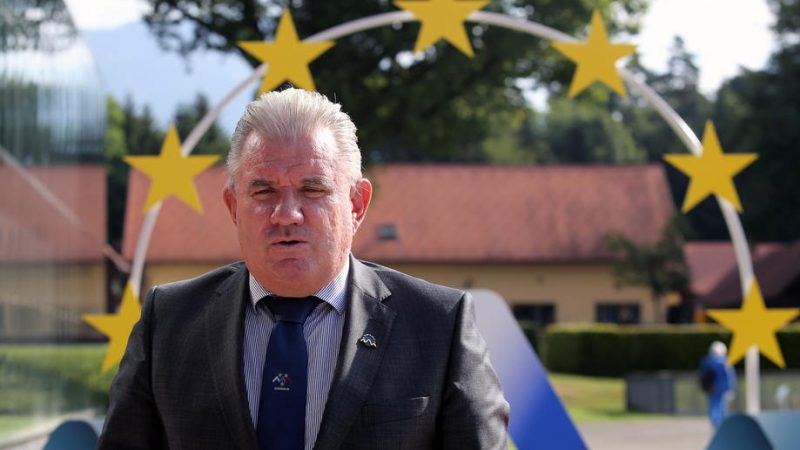 Slovenian Minister of the Environment and Spatial Planning, Andrej Vizjak speaks to the media as he arrives to attend an informal meeting of EU environment ministers in Brdo pri Kranju, Slovenia [TOMI LOMBAR / EPA-EFE]

The proposal to launch a second emissions trading scheme for heating and transport fuels was announced as part of a broader overhaul of EU climate legislation presented by the European Commission on Wednesday (14 July).

But the idea was met with heavy criticism from the EU’s 27 environment ministers who were meeting for the first time since Brussels put forward its controversial plans.

“As regards the setting up of a special ETS scheme for transports and buildings, quite a lot of reservations were expressed,” said Andrej Vizjak, minister of environment and spatial planning of Slovenia, which currently holds the rotating presidency of the EU Council.

“I think it’s going to be quite a hard nut to crack,” he said at a press conference after the meeting. “At the beginning, the Commission will have quite a lot of explanations to make, but I’m sure that at the end of the day, we’re going to come up with a compromise,” he continued in response to a question from EURACTIV about the idea.

Vizjak did not state which countries the reservations came from, but said many have voiced scepticism about the Commission’s plan.

Before the package was published, Polish climate and environment undersecretary of state, Adam Guibourgé-Czetwertynski warned that the Commission seemed “to be making the choice of taxing poorer households”.

“I think politically, this is a mistake and we should rather look for other options to achieve our targets that would be more efficient in terms of reductions they could generate and less problematic from a social point of view,” he said at a EURACTIV event.

Meanwhile, the energy minister of Luxembourg, Claude Turmes, criticised the idea on the day the package was launched.

“Extending the EU ETS to buildings and transport is counterproductive. High price will create unnecessary social hardship in an EU where purchase power differs largely between Member States. Low price will fail to deliver the necessary emissions reduction,” he wrote on Twitter.

France also expressed “reservations” about the plan, saying it risks hitting poor households and small businesses with higher fuel costs. French MEP Pascal Canfin even warned about a potential repeat of the ‘Yellow Vest’ protest movement, which swept through France in 2018, saying it was “political suicide”.

Don’t use ‘Yellow vests’ as an excuse, EU’s Timmermans says

However, the European Commission’s Green Deal czar, Frans Timmermans, warned against using the ‘Yellow Vests’ as an excuse to delay tough decisions about reducing emissions in buildings and transport.

“Everyone is talking to me about the Yellow Vests movement. There is always a risk that the population will reject this proposal,” he admitted, “but we should not use the Yellow Vests argument because it is sometimes used by those who have very specific interests to defend”.

To allay fears of social disruption, the European Commission has proposed introducing a climate social fund, worth €72.2 billion over ten years, to help the poorest households invest in renovation, energy efficiency and electric vehicles.

“We need to make sure that the bill doesn’t go up. Even if energy might become slightly more expensive, by reducing the consumption of energy, by helping people to invest in refitting their homes, in getting less energy consuming cars, etc, etc, you bring the bill down,” Timmermans said.

The Dutchman, who is affiliated with the socialist party in the Netherlands, implored EU countries to first properly analyse the proposal before throwing it out of the window.

“I just want a fair assessment. Some people reacted even before we came up with a plan, saying it was political suicide or something else,” he said. 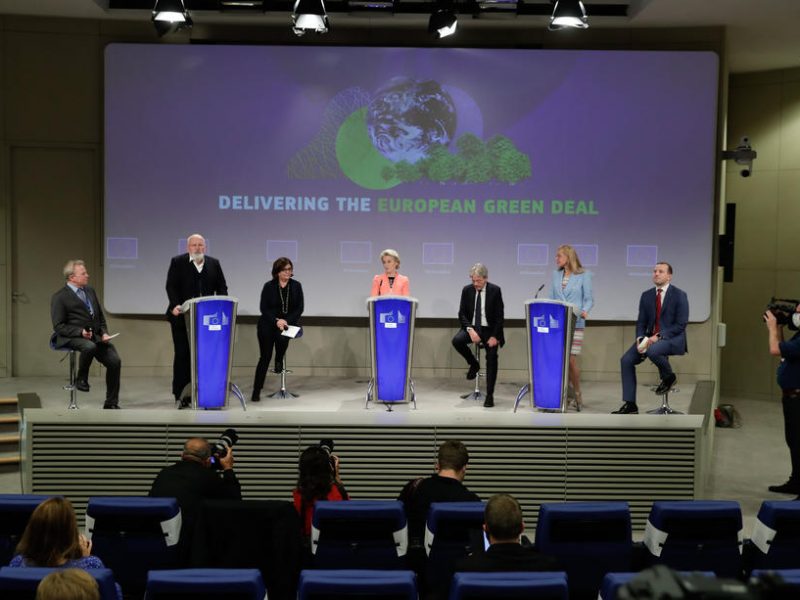 The informal meeting gave environment ministers a first opportunity to exchange views on the Commission’s climate package, presented the week before.

But the gathering was overshadowed by the floods that have destroyed parts of Western Europe.

“Let me extend my condolences to all affected countries and victims of catastrophic floods, which are we are witnessing in Western Europe, so this is additional proof that we must extend our efforts to reduce climate change and to fight against climate change,” said Vizjak.

“I think what we’ve seen last week, is a small reminder of the fact that the cost in human lives, but also material costs of non-action are way, way higher than the cost of acting,” said Timmermans.

Later on Tuesday, environment ministers will discuss the COP26 climate summit. On Wednesday, they will discuss biodiversity.