“Many European countries are planning to phase out coal, like Portugal, Denmark and Italy. We believe that we are now able to build a coalition with some member states to introduce a carbon price floor at EU level,” said Brune Poirson, State Secretary to Nicolas Hulot, Minister for Ecological Transition.

She was speaking at a panel discussion during the 4th edition of the Berlin Energy Transition Dialogue (BETD) on Tuesday (17 April).

“The emissions trading scheme, the EU ETS market, is a good idea but it is not efficient enough,” she said, indicating that carbon pricing would increase levels of ambition in climate change policy.

Poirson added that revenues from carbon pricing could be used to fund social programmes for regions that are still economically dependent on the fossil fuel sector, as part of a ‘just’ transition.

“I grew up in Krakow, and as a child, we had to close the windows because air pollution was so bad. You do not need to convince me about the importance of environmental issues,” replied Kurtyka.

He went on saying that “it is easy for France to talk about a carbon price floor, Poland could just as easily consider introducing a nuclear price floor”.

Without openly rejecting the idea of a CO2 price, the Polish politician highlighted instead the positive impact on the climate technological progress has, especially in the energy storage sector.

“The Polish vision is to promote energy storage technologies and make them a key element of an effective climate policy,” he said.

“We must avoid administrative overload and focus on technological changes,” he insisted.

Commenting on climate action in Europe, Kurtyka argued that the European Union had only succeeded in reducing its CO2 emissions during an economic slowdown, when economic activities were at half-mast.

Another representative from Eastern Europe, Romanian Energy Minister Anton Anton, emphasized that renewable energies were “certainly important” but that given their strong dependence on coal, countries like Romania would have the greatest difficulty in starting their transitions towards a low-carbon world.

“I do not exclude the fact that coal offers a backup solution for many, many years to come,” he said.

“In 27 years, our GDP has increased by 75% and our CO2 emissions have decreased by 27%,” said Leif Jakobsson, Secretary of State for Magdalena Andersson, Swedish Minister of Finance.

“It’s a very easy instrument that really works,” he added, calling the introduction of a carbon price floor a political choice.

“This is a fiscal instrument that gives the state muscle and allows it to finance the transition to a low-carbon economy,” he continued.

“Clarity and stability are two elements that the industrial and banking sectors are seeking to define their strategies. In the UK, they found them via the carbon price floor,” she said.

For the British economist, the German utilities E.on and RWE are examples of industrial groups that have not sufficiently taken climate risk into account in their strategies.

“The introduction of the carbon price floor in the UK has really changed the game. We are seeing an ever increasing number of CFOs integrating climate risk into their strategies and this is changing the way we think about carbon pricing.” 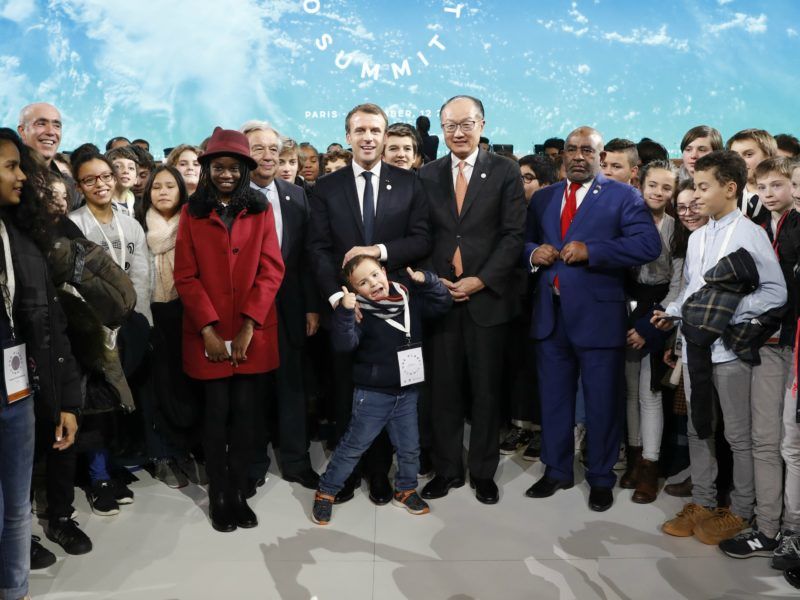 In his opening speech of the BETD, German Minister for the Economy and Energy, Peter Altmaier of the governing CDU, confirmed Germany’s climate objectives, namely a 60% reduction in CO2 emissions by 2030.

But he gave no indication as to the possible introduction in Germany of a carbon price floor, nor did he mention any possible cooperation between Paris and Berlin on the subject, despite repeated calls from France to do so.

Reacting to Altmaier’s speech, Wolfgang Steiger, general secretary of the CDU’s Economic Council, said that putting an end to renewables subvention was the best way to consolidate Germany’s energy system.

“There is one central question: How can we make the energy system more flexible and innovative? Many technologies already exist but they can’t expand because of too high energy prices. The Government should act by consistently lowering subventions in favor of renewables,” he said in a statement.

“From our point of view, meaningful factors are a strengthened European emissions trading scheme, a roadmap to stop the Renewable Energy Act (EEG) and an accelerated grid expansion, which must be synchronized with the expansion of renewable energy,” Steiger added.