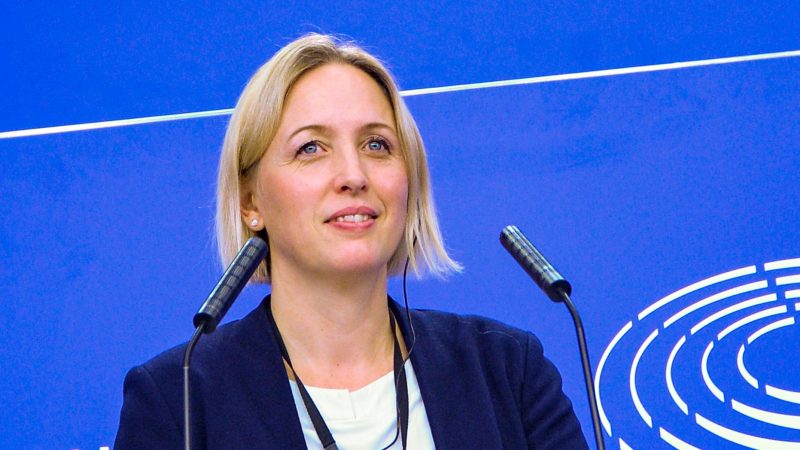 "We have reached a balance,” said Jytte Guteland, a Swedish MEP from the Socialists and Democrats (S&D) group which had earlier voted against the reform in a surprise move last week. [© European Union 2020 - Source : EP]

The agreement, reached on Tuesday evening (14 June) by the centre-right European People’s Party (EPP), the Socialists and Democrats (S&D), and the centrist Renew Europe (RE), was presented to the press the following day.

Its main elements are:

Here is the detailed agreement fund during last night that will allow to have a historic vote on June 22. We managed to find a solution in less than a week after the plenary setback las week. Very good result pic.twitter.com/VsejW3apwy

The compromise deal will now be presented to the European Parliament for a plenary vote on 22 June. If it goes through as expected, Parliament negotiators will then defend the text during three-way talks with EU member states and the European Commission to finalise the reform.

Jytte Guteland, a Swedish MEP from the S&D group who voted against the reform in a surprise move last week, said her faction was now satisfied with the compromise.

“Yes, we believe it is better, we have reached a balance,” she told EURACTIV. Guteland was particularly happy with the increased ambition for the Linear Reduction Factor, saying it will be doubled in comparison with the European Commission’s initial proposal.

“I think that is important because the commission didn’t double the LRF. They said they did but they actually didn’t do that,” she said.

The EPP was equally satisfied, saying its main objectives were achieved.

“First of all, we want to reach the targets” defined under the EU climate law to reduce carbon emissions by 55% before the end of this decade, said Esther de Lange, a Dutch lawmaker from the EPP group, which is leading the ETS reform talks in the European Parliament.

The second objective, she said, was to provide “breathing space” for European industries, which “are operating in a very difficult economic situation” caused by inflation and rising energy prices fueled by the Ukraine war.

According to de Lange, this objective was achieved with the one-year delayed start date for phasing out free allowances for industry – in 2027 instead of 2026.

“We want to make sure that industry has breathing space to invest, to innovate to become greener, and therefore to keep jobs in Europe,” de Lange explained.

Emma Wiesner, a Swedish lawmaker from Renew Europe, gave further insights into the deal regarding the “rebasing” system. “The S&D wanted a higher rebasing, the EPP absolutely did not want a higher rebasing,” she explained, saying the solution was found with an increase in the Linear Reduction Factor in 2029.

“This is the new element that was not voted on last week,” she said. “So this means that the LRF will no longer be linear… it will be progressive”.

Another important aspect for the EPP was the introduction of export rebates. Industries covered by the ETS currently receive free allowances for their entire production, regardless of whether it is exported or not. With CBAM eventually replacing free allowances, many expressed worries about a loss of competitiveness on global markets.

To address this, the compromise deal extends the regime of free allowances for sectors that are dependent on exports. The rebate will apply only to the share of production that is exported, de Lange explained.

The Commission will then make an assessment to assess whether the regime is compatible or not with World Trade Organisation rules.

With the Parliament’s three biggest political groups on board, MEPs had high hopes that the reform will be voted through next week.

“And much more important is that we will carry through this very important piece of legislation with strong support from parliament.”

“I hope next week we can get this through Parliament so we can start negotiating with the council because it’s very important that we finalise this piece of legislation as soon as possible,” Chahim said.

Greens to vote in favour too

The Greens, who rejected the ETS reform last week together with the S&D, told EURACTIV they would back the compromise amendments this time around, even though they did not negotiate the deal themselves.

With support from the Greens, the compromise deal is expected to sail through easily.

“It was not an easy agreement, but this is about the largest climate package in Europe,” Green MEP Michael Bloss said in a statement.

“Climate protection can breathe easy for the time being, the 1.5-degree climate target has not yet been abandoned.”

> The compromise amendments can be downloaded here.