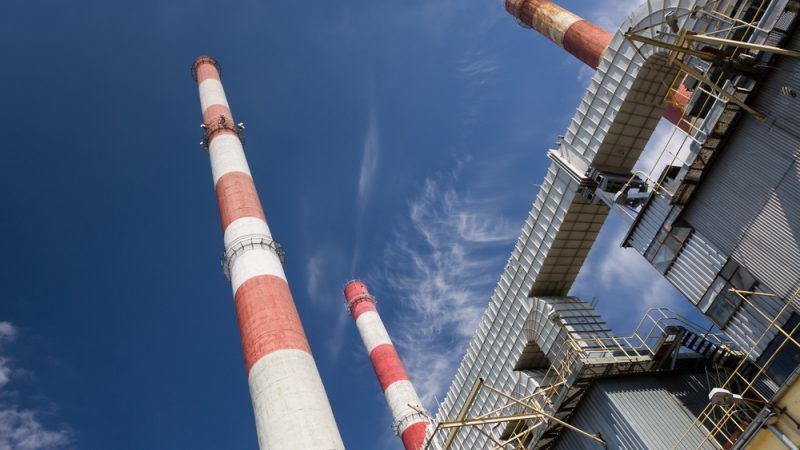 Poland’s bid to scupper the EU’s recently-updated Emissions Trading Scheme (ETS) was thrown out by the bloc’s highest court, which ruled on Thursday (21 June) that the advantages of the new system far outweigh the disadvantages.

A recent revision of the ETS is set to introduce a so-called Market Stability Reserve (MSR) in 2019, in an attempt to correct severe flaws in the EU’s flagship emissions reduction tool.

The ETS is meant to govern a polluter-pays model to convince large-scale emitters to either buy allowance permits, spend money on emissions reduction measures or scrap carbon-heavy fuel sources in favour of cleaner alternatives.

But a glut of permits has prevented the system from doing its intended job and a low carbon price means polluters are willing to pay for allowances instead of scrapping energy sources like coal and carbon-heavy gas. ETS-regulated emissions rose for the first time in seven years last year as a result.

Earlier this year, the EU institutions signed off on a major ETS update, which includes the establishment of the MSR in order to gradually reduce the number of permits on the market and allow market forces to let the scheme work effectively.

But Poland, which sources 83% of its electricity needs from coal and lignite, contested this part of the revised scheme and took its grievances to the European Court of Justice (ECJ), citing failures in the process followed to adopt the updated legislation.

Following an opinion by the ECJ earlier this year, a full ruling on Thursday dismissed Poland’s five main complaints.

Warsaw’s main argument was that the MSR will significantly affect the energy mix of EU nations, an exclusive competence of the member states, and should therefore have been agreed unanimously by the Council rather than the qualified majority.

Their case also claimed that the setting up an SMR would lead to an increase in the price of emission allowances, affect competition, “inevitably change the energy sector of that member state” and increase the use of natural gas 700% by 2035.

Ultimately, the ECJ dismissed that argument and ruled that the part of the EU treaty on member state territories must be read in conjunction with the part on protecting the environment and fighting climate change.

The ECJ also stressed that the update is meant to “correct a structural weakness of the ETS” and address the ineffectiveness of the system.

The judges added that the MRS and the ETS in general do not set the price of allowances and that this is instead set by market forces, meaning any effect on the Polish economy as a result would not be a direct consequence of the legislation.

Poland’s secondary argument claimed that the European Council’s 2014 conclusions set 2021 as the date of entry into force of the MRS, adding that bringing that date up by two years encroached on the competences of the member states.

ECJ judges refuted this point too, ruling that the conclusions did not stipulate that date clearly and that an impact assessment by the Commission from 2014 already considered the possibility of bringing up the date of entry into force.

It also added that the three institutions had operated in keeping with the EU treaties and previous case law.

Problems with the ETS have been known publically since 2012 and the court’s ruling explained that no “cautious and prudent operator could expect the legislative framework in question to remain unchanged”.

Poland also unsuccessfully argued that allowing the MRS to enter into force before 2021 would affect the bloc’s 20% emissions reduction commitments for 2020 and “force the Union and its member states to achieve a higher target” than the one already agreed at international level.

Warsaw also complained that as the allowances for the current trading period were calculated before the update to the legislation, achieving the 2020 goal therefore does not depend on withdrawing allowances, which casts the proportionality of the law into doubt.

Poland also argued that the decision-making process was not made public and the full extent of its impact, including the effect on the labour market, had not yet been fully explored.

The court wholeheartedly rejected the claim that the Commission’s impact assessment was incomplete and also cited public meetings and consultations with scientific experts as evidence that the decision-making process was correctly followed.

Its ruling added that the non-public nature of other meetings is not reason enough to brand the process as illegal.

More significantly still, the court said that the institutions do not have to take into account the individual situations of member states when making pan-European legislation and that their prime goal is to strike a balance between all interests.

After throwing out the case, the ECJ ruled that Poland will cover the legal costs of the European Parliament and Council, while Denmark, Germany, Spain, France, Sweden and the Commission, which also joined the case, will have to pay their own expenses.