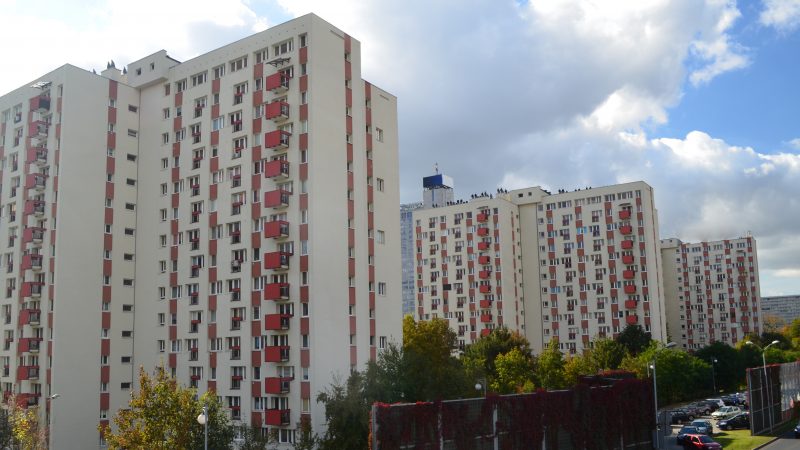 In Poland, almost half of all buildings are still heated by coal, and 70% have a very low standard of energy efficiency, writes Joanna Maćkowiak-Pandera [Peter Brewer / Shutterstock]

Without pricing CO2 emissions from buildings and transport, Europe will miss its -55% emissions target, but it must be introduced bearing in mind the political and societal risks, particularly in countries like Poland, writes Joanna Maćkowiak-Pandera.

The European Commission has put forward a proposal for EU regulations to help meet the 55% emissions reduction target in 2030. One of the key elements of the “Fit for 55 package” is the implementation of a mechanism to charge CO2 emissions from buildings and transport.

This proposal drew controversy from politicians to environmental organisations over its possible impact on EU society. But without pricing CO2 in these sectors, we will not arrive at 55% reduction. The question is how to design the mechanism so that it gains the political acceptance of all member states?

For many countries, including Poland, this debate will be uncomfortable. Since 2005, emissions in Poland have decreased by only 5%, and in transport, they have even increased. This has a negative impact on climate but we also pay in polluted air, environmental degradation, and our own health.

From an economic point of view, external costs are borne by society as a whole, irrespective of who uses what solutions and how much they pay. In Poland, annual external costs amount on average to about €2,000 per inhabitant (data from the Ministry of Labour and Social Policy and DG Move).

Countries with a lower level of development pay on average more than richer ones. Without including health and environmental costs in the price of energy or fuels, it is still efficient to buy coal-fired boilers to heat homes and to import old diesel from the “west”.

First, the introduction of a uniform price may inhibit decarbonisation if the cost of emissions is too low in transport and extremely high in buildings. In Poland, almost half of all buildings are still heated by coal, and 70% have a very low standard of energy efficiency.

Although there is a plan to replace black fuel with cleaner forms of heating by 2030, around 2025 when the emissions charge mechanism comes into force, many homes will still be heated not only with gas but coal. Assuming a CO2 price of €50 the cost of 1 MWh of gas will increase by around €12.

This means that users will pay around €100 more per year for gas to heat a 150m2 house to an average energy standard. In a similar building heated with coal, the price will rise by €450. It is worth remembering that in Poland, most buildings heated with coal are inhabited by rural residents with lower incomes.

The second major risk is precisely the disparity in income levels both within countries and between EU member states. The adopted solutions must include a mechanism for the fair distribution of costs, including support for the less well-off parts of society. The new Social Climate Fund is the move in the right direction.

A third risk factor in introducing a CO2 pricing mechanism for transport and buildings could be fears of a rapid rise in the price of CO2 emissions. Price increases in the EU ETS is not a distant memory: in the last year alone, the cost of allowances has increased by 150%.

The lack of a circuit breaker to prevent a rapid rise in costs could lead to a wave of social discontent, becoming fuel for populists and, consequently, hindering the transition.

So how should the new emissions trading system for buildings and transport work?

It is necessary to have two separate pools for buildings and transport because of the difference in the cost of reducing a tonne of CO2 in these sectors. Allowance prices should start at a lower ceiling and rise through price corridors with defined minimum and maximum values.

This is important to avoid price shock due to increases in the cost of heat and transport when regulation is introduced.

Member states with a better starting position (lower average emissions and higher income) can introduce additional emission charges according to unified rules at the national level.

All of the financial resources generated by the new system should be used in a deliberate redistribution to households, which will level the playing field for citizens with different income levels to participate in the Green Deal.

Measures should include social assistance, including subsidies for energy costs (for households) – but above all, support for energy efficiency – the replacement of heat sources, the development of public transport, and electromobility.

The creation of a social fund, as announced by the Vice-President of the European Commission Frans Timmermans, is important and necessary, but it is not enough.

The EU must develop common principles for combating energy poverty and take this subject very seriously. There is a lack of uniform definitions, monitoring of the phenomenon, and effective tools. Poland, like many other countries identifying poverty as the main barrier to the transformation, is still doing too little to solve this problem effectively.

We have very important months of negotiations ahead of us on the implementation of the “Fit for 55” package. Without reducing emissions from transport and buildings, it will be impossible to achieve the goal of climate neutrality.

We need a mechanism for pricing the costs of emissions in these new sectors, but it is very important that new regulations are introduced with great sensitivity to public concerns. Without the gentle introduction of the ETS-2, for example with price cap as we propose, the Commission may throw the baby out with the bathwater.