The pandemic has caused a drop in emissions from industries covered by the EU Emissions Trading System (EU ETS). [Hans Permana / Flickr]

Robert Jeszke is Head of Strategy, Analysis and Auction Department and the Centre for Climate and Energy Analyses (CAKE) in the National Centre for Emission Management (KOBiZE), part of the Institute of Environmental Protection – National Research Institute.

The COVID-19 pandemic currently hitting Europe has significantly slowed discussions on the EU Green Deal. The crisis hit soon after the EU’s Climate Law proposal was presented, with plans to increase the bloc’s 2030 emissions reduction target from the existing 40% to 50–55%, compared to 1990 levels.

On the EU carbon market, the current price of EU Allowances (EUA) reflects increasingly negative investor sentiment caused by the pandemic, which have wider repercussions on global financial markets.

The pandemic has caused a drop in emissions from industries covered by the EU Emissions Trading System (EU ETS), reducing EUA demand and resulting in a price drop not seen since 2014. Spot market prices in February were over €25 per allowance and fell to €15-16 in mid-March before bouncing back to the current level of around €20.

Despite uncertainty surrounding COVID-19’s impact on the European economy, we can still try to evaluate the European Commission’s proposed 2030 targets and their implications on the carbon market, especially since the Commission has not submitted its impact assessment.

The Centre for Climate and Energy Analysis (CAKE) addresses these questions in its latest analysis, examining the impact of a 50 and 55% reduction scenario for 2030. The purpose is to analyse how a higher reduction target will affect the performance of ETS and non-ETS sectors. Notably, an increase in the EU’s overall climate ambition requires a revision of targets adopted for both ETS and non-ETS sectors, as well as other key legislation such as the Renewable Energy Directive and the Energy Efficiency Directive.

Generally speaking, climate targets impacts the supply of allowances and, accordingly, the carbon price. Under the current ETS directive, the total number of allowances in 2013-2020 has been reduced annually in a linear manner by a fixed value (approximately 38 million), corresponding to a 1.74% Linear Reduction Factor (LRF) compared to the first year. From 2021, an annual 2.2% LRF will apply, to meet a 43% reduction target by 2030 (in reference to 2005 emissions).

The projected higher compliance costs for ETS installations due to increased climate targets would amount in 2030 to €10 billion and to €18 billion for a 50 and 55% target, respectively.

Furthermore, the EUA price increase will have an important impact on the EU’s energy sector, resulting in a quicker phase out of coal from electricity production, to be replaced mainly by renewables.

EUA prices will highly depend—both for the mid- and long-term framework—on the scale of the pandemic, the extent of the recession that follows and the associated size of EU ETS emissions reduction.

Accurately foreseeing the pandemic impact both on total EU emission and on carbon prices is challenging, but CAKE methodology does permit initial estimates. Let us assume the “optimistic” option of a 10% ETS emission decrease due to the coronavirus crisis and its recovery to pre-crisis levels in 2023. This scenario predicts no significant changes in the 2030 price forecast, provided installations do not drastically change hedging behaviours. The Market Stability Reserve (MSR) mechanism operating in the ETS should perfectly cope with the situation and quickly remove the market surplus.

CAKE estimates suggest that by applying such assumptions, an extra surplus of EUAs in circulation would appear in the coming years: 170 million in 2020; 260 million in 2021; and 200 million in 2022. However, this surplus growth could be mitigated by approximately 20% if the EU increases reduction targets to 55%.

Since the Market Stability Reserve will remove market allowances for a longer time period, this will certainly reduce the auctioning pool in the ETS. The surplus due to the crisis, after all, will remain on the ETS installations’ accounts and reduce demand and prices accordingly.

We can expect a temporary demand drop for allowances, even at a relatively low price, resulting in some auction cancellations. Nevertheless, potential auction cancellation issues are important because a much larger volume will be offered at auction this year due to the resumption of British auctions suspended last year from Brexit.

Clearly, the EU’s climate ambitions depend on global supply chains, especially imports from Asian markets, including the energy sector and its ability to acquire renewable technology components from China. This requires solutions within the European Green Deal ensuring greater resilience of our economies and supply chains to similar situations in the future.

Obviously, such deep and rapid transformation would not be possible without huge investments by both the EU and member states’ budgets. Achieving the more ambitious target requires a deeper reflection on the ETS’s role in financing this transformation and trigger discussions on a possible increase in financial support coming, for example, from the Modernisation Fund. This is particularly important since the current crisis forces all EU member states to allocate billions of aid immediately to tackle new threats to public health and the economy.

Ultimately, the coronavirus pandemic may slow down initial plans to adopt the European Climate Law and a number of other policy proposals associated with the European Green Deal this year. 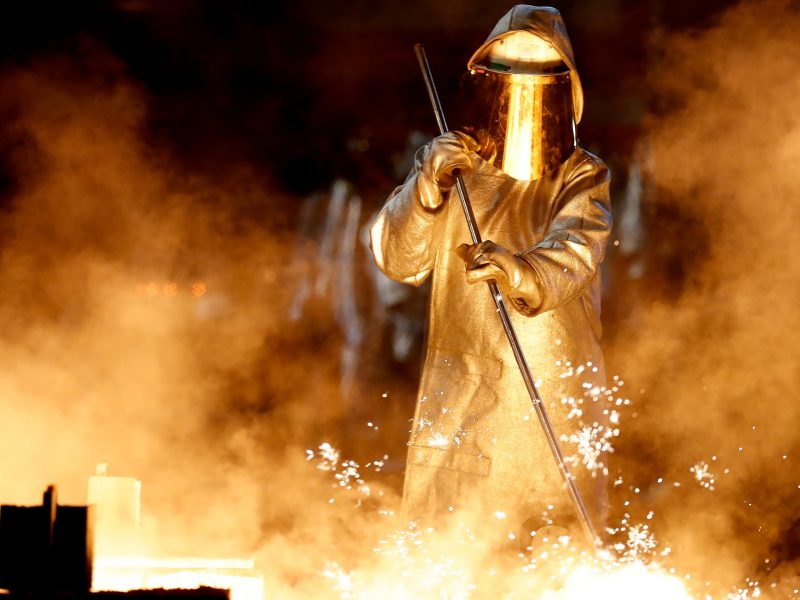 An EU-wide April 30 deadline for firms to surrender emissions trading system (ETS) carbon allowances will stand, the European Commission said, despite calls from the cement and steel industry to extend it due to the coronavirus pandemic.