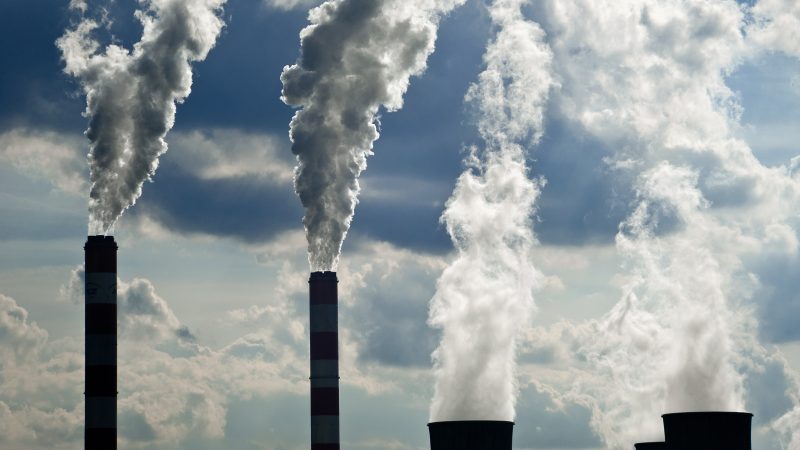 The EU's Carbon Border Adjustment Mechanism (CBAM) seeks to even the playing field by putting a price on emissions from imported goods, thereby creating an incentive for producers outside the EU to invest in clean technologies. [Pawel_Brzozowski / Shutterstock]

As the EU steps up its efforts to introduce a Carbon Border Adjustment Mechanism, it’s crucial that policymakers design the CBAM to support deep emission reductions while safeguarding the rights of less-privileged countries to develop, writes Agnese Ruggiero.

Agnese Ruggiero is a policy officer at Carbon Market Watch, a not-for-profit association with expertise in carbon pricing policies.

French President Emmanuel Macron aims to prioritise the completion of the Carbon Border Adjustment Mechanism during France’s presidency of the EU in the first half of 2022 because he is convinced that it will “drive this [green] transition for all our industries while preserving our competitiveness”.

Proposed in  July 2021 by the European Commission, the stated aim of the CBAM, popularly known as a carbon border tax, is to help reduce emissions in the EU and address the risks of so-called carbon leakage resulting from the EU’s increased climate ambition.

Carbon leakage is the hypothetical situation whereby European producers competing in international markets would shift their production and pollution to countries with less stringent or no climate policies to lower their compliance costs.

It also seeks to even the playing field by putting a price on emissions from imported goods, thereby creating an incentive for producers outside the EU to invest in clean technologies instead of continuing to use ‘cheaper’ polluting processes.

According to the proposal, CBAM will progressively become an alternative to current carbon leakage protection measures, notably free allocation of emission allowances under the EU Emissions Trading System (ETS). It would ensure an equivalent carbon price for domestic and imported production on selected goods.

This way, it would also encourage trading partners to reduce their emissions.

However, what the proposed CBAM strives for and what it delivers are quite different.

Despite its noble aspirations, the CBAM proposal falls short on climate ambition and fails to properly address the most vulnerable countries that could be negatively impacted by it.

As the world’s first internationally applicable cross-border mechanism seeking to put a price on pollution, the CBAM will only achieve its aim of higher international climate ambition if it is designed to provide real incentives for industries within and outside Europe to reduce their emissions.

It must also demonstrate recognition and understanding of other countriesʼ need and right to develop, and should also recognise that the relative impacts of carbon prices can be much higher for low-income countries.

To this end, Carbon Market Watch, E3G, WWF, EEB and CAN Europe have jointly drafted a set of five recommendations for the improvement of the CBAM proposal.

In order to incentivise emission reductions within the EU and climate action globally, a CBAM should be implemented only as an alternative to current carbon leakage protection measures.

Introducing a CBAM while removing free allowances in the target sectors will lead to significant additional emissions reductions. Moreover,  the impact on carbon leakage in the CBAM sectors is largely negative, meaning that it would also encourage trading partners wishing to access the EU market to clean up their act, resulting in a net global reduction in emissions.

To ensure that the CBAM achieves this virtuous circle, free allowances must be fully phased out by 2023.

Include all heavy polluters

The CBAM proposal envisages the inclusion of iron and steel, cement, fertilisers, aluminium and electricity. The choice of sectors makes a good start but some additions would be beneficial to yield the greatest impact for the climate.

As a climate policy tool, the CBAM should aim to deliver the greatest emissions reductions. To this end, other bulk chemicals, including plastics, are missing and should be covered.

The exclusion of indirect emissions is also a major omission in the current proposal. Their inclusion in the CBAM would result in an overall larger environmental benefit as it would provide importers with an incentive to adopt cleaner production processes as well as to develop renewable energy to power them.

The inclusion of indirect emissions would also better reflect the carbon cost borne by European industry, where the power sector is covered under the EU’s Emission Trading System and is required to purchase all its emission allowances at auctions.

It is important that indirect emissions be included within the scope of the CBAM from the start.

In the implementation of the CBAM, the EU should take into consideration its historical and ongoing contribution to the climate crisis through high levels of greenhouse gas emissions, while recognising other countriesʼ need and right to develop, as well as that the relative impacts of carbon prices can be much higher for low-income countries.

The European Commission’s proposal does not suggest a structured and targeted approach to Least Developed Countries (LDCs) and Small Island Developing States (SIDS).

To redress this oversight, the Commission must engage in dialogue with developing countries on how the CBAM might affect them and commit to assisting them with technical, financial and capacity support measures to manage negative impacts and help decarbonise their economies.

All revenues generated through the sale of CBAM certificates should be earmarked in full to fund climate action outside the EU to boost the climate resilience of developing countries and aid their green transition.

The European Commission’s proposal does not include provisions for channelling CBAM revenues to climate action. According to the proposal, these would go entirely to repaying part of the debt generated under the EU’s COVID-19 recovery package.

This is at odds with the nature and objective of the CBAM, since the recovery package provides resources for a variety of different objectives, not only climate mitigation. Furthermore, allocating CBAM revenues to the EU’s budget would raise legal challenges under the WTO and could strengthen partner countries’ perception that the CBAM is a protectionist and fiscal measure.

Using the revenues to fund climate action in more vulnerable countries would, instead, further demonstrate that the EU is pursuing a clear climate objective and send a strong diplomatic message to trading partners, easing some of the tensions created by CBAM.

The CBAM should be designed to reduce greenhouse gas emissions globally and avoid creating perverse incentives for European producers. It should, therefore, exclude export rebates for European companies exporting outside the EU.

Moreover, rebates for exports would lower the carbon price paid for export, potentially leading to carbon dumping instead of carbon leakage. Furthermore, export rebates would not be coherent with higher EU climate ambition and the drive to encourage higher climate ambition globally. Carbon should be priced regardless of the market where a product is sold.

The European Commission excluded export rebates from the CBAM proposal because they are not deemed compatible with World Trade Organisation rules.