Emissions from industrial installations in sectors like steel, cement and chemical production have not declined since 2012. [Daniel Lerps / Flickr]

Today, the European Commission is expected to release the final 2018 emissions data under the European Emission Trading System (EU ETS).

An analysis of the preliminary data conducted by the NGO Sandbag in early April already showed that overall between 2012 and 2018, the sectors covered by the EU ETS have reduced carbon emissions by 13%. This reduction is almost single-handedly a result of reduced energy generation from hard coal power plants.

Emissions from industrial installations in sectors like steel, cement and chemical production, on the other hand, have not declined since 2012.

This picture is worrisome, as with its 708 million tonnes of CO2 per year – corresponding to about 40% of all EU ETS emissions-, the resource and energy-intensive industry is the third largest climate polluter in Europe. The cement, chemical and steel sectors alone are responsible for almost 60% of these emissions.

It is clear that the numerous exemptions and free pollution permits included in the legislation have failed to make the EU ETS an effective tool to drive down emissions. This is especially true for the energy-intensive industries that receive too many free emission allowances. In fact, more than 90% of industrial carbon pollution is emitted without any cost to polluting companies.

Even under the recently agreed EU ETS revision, governments will hand out up to 6.5 billion free emission allowances with a market value of about €165 billion between 2021 and 2030. This free pollution subsidy is given to industrial sectors competing at international level under the hypothesis that they would otherwise move their production to countries with less stringent climate policies.

However, there is no empirical evidence that the EU’s climate policies would be forcing companies to move abroad, even with a complete phase-out of free pollution permits. At the same time, resource and energy-intensive industries continue to make substantial profits from the system that is actually meant to make them pay for their pollution.

With virtually no market incentive, most energy-intensive industries are not strongly committed to investing in cleaner technologies and making the necessary changes to decarbonise.

Seen that the EU ETS is not effective in applying the polluters pay principle enshrined in the EU Treaty, an additional effort has to be put in deploying solutions to decarbonise the industrial sectors. A number of studies have shown that decarbonising energy-intensive industries is possible and a plethora of solutions have already been identified.

A recently published report from Material Economics shows that it is possible to reduce emissions from industry to net zero by 2050. There are many different industrial strategies and pathways that can be combined to achieve this goal, and all of them, regardless of the path chosen, would result in a minimal increase in cost for the consumer (less than 1%).

Amongst the no-regret solutions are increasing energy savings, scaling up renewable energy deployment and applying circular economy models that, if fully adopted, can put European heavy industry on a Paris-compatible pathway.

This is a big challenge which will require a joint effort, strategic planning and a range of industrial climate policies. Another new report, “Industrial Transformation 2050”, identified numerous policy options such as an integrated innovation framework, an enhanced circular economy package, and an aligned energy and industry transition, to address key challenges that industry faces in the transition to carbon neutrality.

EU policymakers have no excuses left but must get to work and ensure that these policies are collected and structured into a coherent industrial climate policy package, with the aim to support and incentivise the full decarbonisation of resource and energy-intensive industry sectors well before 2050.

Key objectives are to ensure that all new major investments in industrial installations will be Paris compatible, increase funding for industrial decarbonisation, and create markets for zero-carbon solutions and innovation through public procurement.

Importantly, costly distractions must be avoided. Phasing out free pollution permits under the EU ETS would give industries the necessary price signal to invest in cleaner production, which in turn would help them maintain their long-term global competitiveness.

This will be a key task for the next EU Parliament and the Commission that will be in power for five out of the less than 12 years that we have to act in order to keep climate change in check.

As often reiterated, 2050 is today. For the industry, it means that net-zero carbon production is just one investment cycle away. Industrial emissions cannot keep stagnating, let alone rise. Time to act is now. 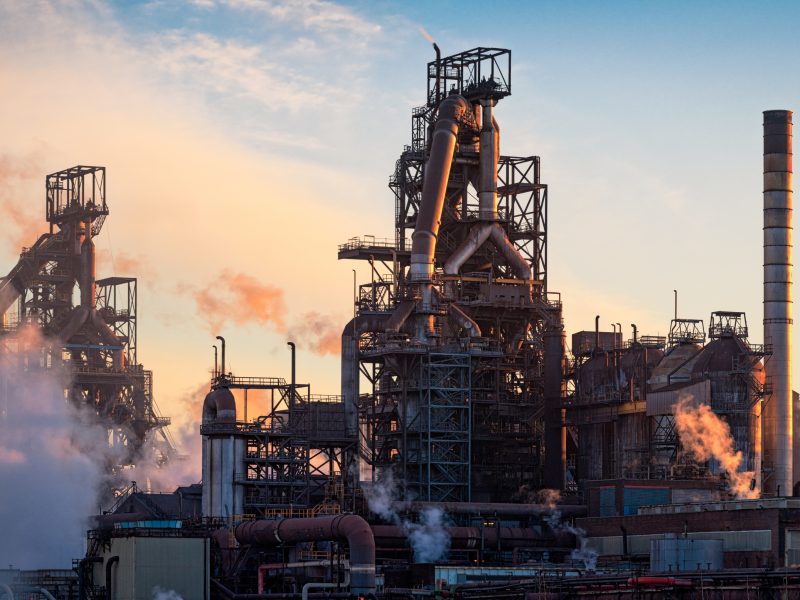