The role of Bromine in Reducing Mercury Emissions 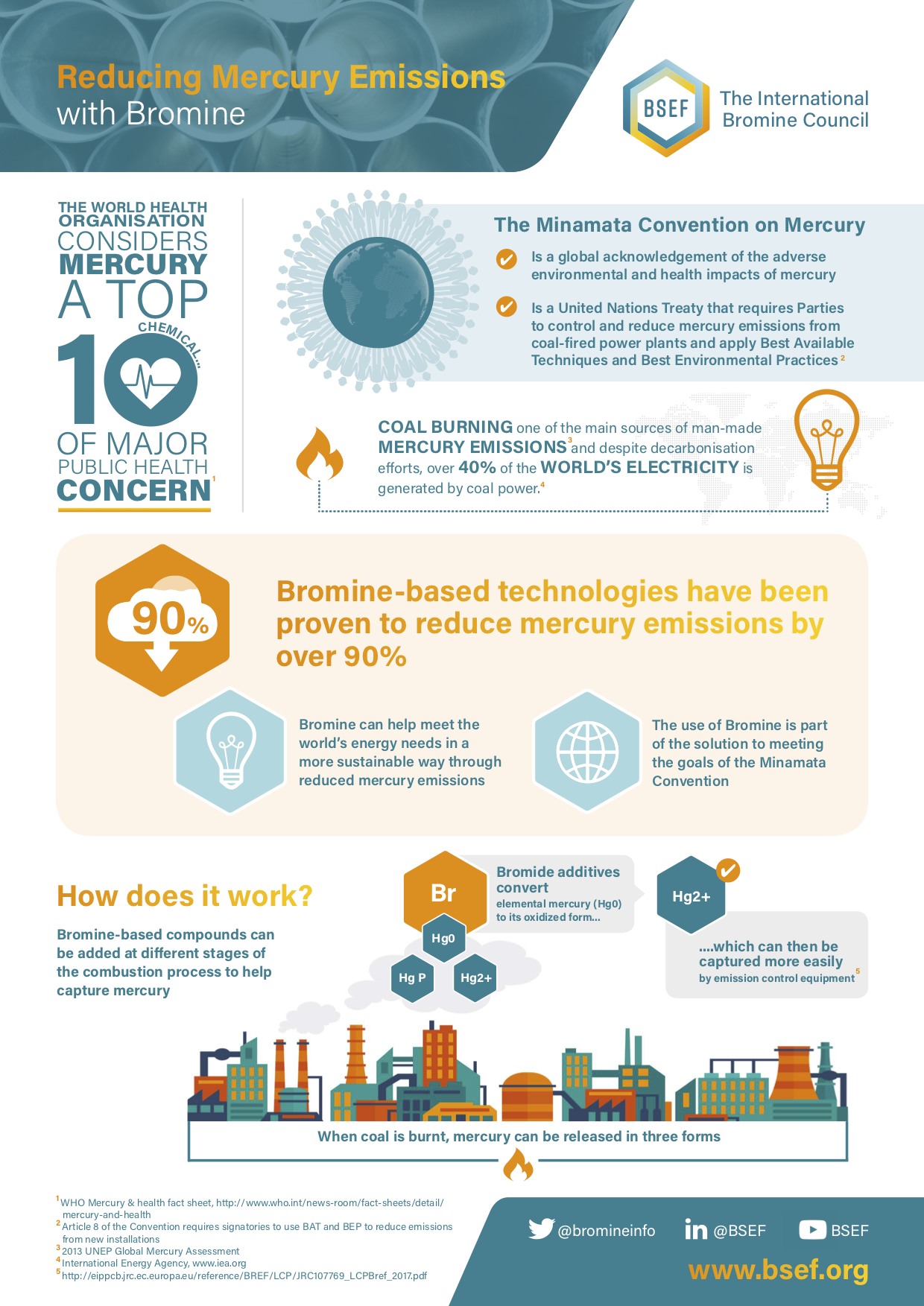 Mercury is considered by the World Health Organisation as one of the top ten chemicals or groups of chemicals of major public health concern.

It is a naturally occurring element that is found in air, water and soil, but exposure to it can be toxic to human health and poses a particular threat to children and pregnant women.

Bromine plays a key role on reducing Mercury Emissions globally. Bromine-based technologies have been proven very effective in reducing mercury emissions. In fact, Bromine based products can reduce mercury emissions from coal-fired power plants and other industrial installations in excess of 90%.

In addition and to show its commitment to help reducing atmospheric mercury emissions from human sources, BSEF members fully subscribe to the goals of the Minamata Convention. The Minamata Convention on mercury is a United Nations treaty that commits the international community to reducing mercury emissions and taking other measures to control the supply and trade of mercury as well as mercury added products and manufacturing processes in which mercury is used