From 1998 to 2013, Hans-Josef Fell was a member of the Green Party in the German Bundestag, where he was the energy policy spokesperson for his parliamentary group from 2005. Fell is considered one of the authors of the Renewable Energy Sources Act. Today he is the president of the worldwide climate network Energy Watch Group.

How realistic is the German target of obtaining 65% of electricity from renewable energy by 2030?

If the obstructionist attitude of politics is maintained, we will never succeed. But I have hopes that new elections in 2021 will change that. If there is strong support for renewables then, we could even reach 100% by 2030.

The grand coalition has made no progress for months on the photovoltaic cap (which caps EEG reimbursements at a limit of 52,000 MW PV capacity) and the distance regulation for wind turbines. What is the problem?

The clear unwillingness of the current federal government, quite simple. Since about 2010, the expansion of renewables has been slowed down bit by bit.

We have even achieved the target for 2025, namely 45% renewables, despite all the legal hurdles to expansion. So you could maliciously say: If you want to achieve the target for 2025, you should act exactly as the federal government is doing, largely stop new construction and gradually shut down existing plants one by one.

This is exactly the line that is currently being used. We have no follow-up regulation for all the solar, wind power or biogas plants that will be dropped from the state subsidy next year. They will simply not find a market and it will be difficult to find private-sector solutions for them. There is simply no legal basis for this.

What should state support from 2021 onwards look like? Will the introduction of a CO2 price alone make green electricity more attractive?

I don’t see any incentive in the CO2 price alone to accelerate the use of renewable energies. Moreover, the fall in oil prices as a result of the coronavirus pandemic has nullified any effect of a CO2 price, something that critics have always warned against.

The government has just proudly announced the reduction in emissions in 2019, but unfortunately, this is largely due to the expansion of natural gas-based electricity generation. But the switch to natural gas is by no means a contribution to climate protection, just think of the methane released where the gas is produced.

Environment Minister Schulze was also right to point out that the increase in renewable energies in the energy mix in 2019 was solely due to the fact that there was enough wind and sun, not new construction.

So what kind of framework do you want?

What is needed is a return to fixed feed-in tariffs instead of tenders. After all, it was the latter that has made a large part of the investments possible in recent years.

Moreover, the federal government would have had the opportunity to implement the amended EU Renewable Energy Directive long ago and thus to remove all discrimination against citizen energy projects. But it has not done so. I simply read from this the lack of will.

The wind industry, in particular, is currently in a deep crisis. What share do you think wind will play in a future with 100% green electricity?

I think wind will cover 40% of the energy demand in the future, solar energy about 50%, the rest will be provided by hydropower, bioenergy and geothermal energy.

Of course, there will be great regional differences, depending on the meteorological conditions. After all, it is most cost-effective to expand and network energy production locally, so that 80 to 90% of energy requirements are covered regionally. This means that we will not be able to avoid onshore wind either.

Poland, which relies heavily on coal-fired power stations, will find it even tougher to achieve the European Union’s climate goals because of the impact of the coronavirus epidemic on the economy and companies, the government said on Wednesday (25 March).

What opportunity does this offer for citizen energy cooperatives? Will they continue to drive the German energy system transformation in the future?

In the past, at least until 2010, citizen energy projects accounted for about 90 percent of all investments in renewable energies. They have played the central role in the EEG. In the meantime, the four major energy suppliers have discovered renewables for themselves because they have become so affordable.

Of course, this also has its good side, because in 2005, the companies still had plans to build 52 new coal-fired power plants. We must not forget where the companies come from.

But their lobby has also succeeded in getting the construction of new plants to be put out to tender, which is making it incredibly difficult for citizens’ energy cooperatives. This means that the expansion of renewable energies is now largely in the hands of the oligopolists. 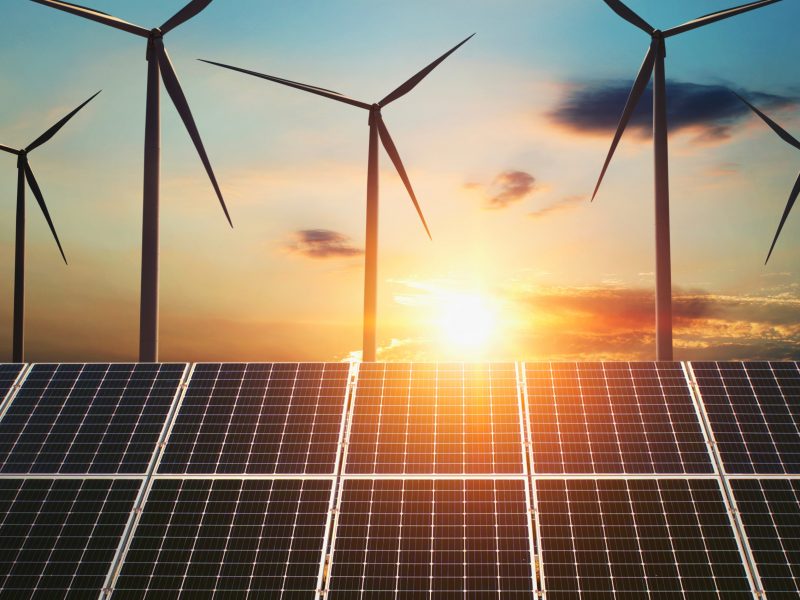 How can this expansion succeed without losing public support? Resistance to wind turbines is growing, a price on CO2 is being introduced and climate targets increased. This is difficult to communicate to many people.

I welcome every opportunity that the private sector offers renewable energies. But in the next five years, this will not happen to the extent that we can achieve the Paris climate targets.

But yes, there is simply no policy of acceptance. On the one hand, the opportunities for citizens to participate have been curtailed by the switch to tendering, and on the other hand, there are no large-scale information campaigns on solar, wind, hydroelectric or biogas plants, either at German or EU level.

Therefore, the debate is being waged with fears and fake arguments that are hardly bearable. The state must take the debate into its own hands. The fact that it is not doing so shows that the lobbyists of the old, fossil fuel apparatus still have politics in their hands.