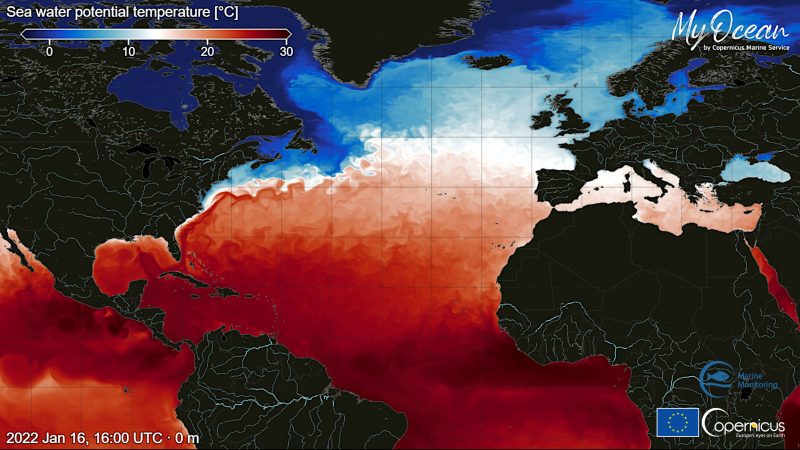 Satellite data and images "open up a new era in terms of transparency that will make us much more effective in tackling climate change," says Jill Duggan of the Environmental Defense Fund Europe. [Copernicus.eu]

This article is part of our special report Green and digital: Europe’s twin transitions.

Jill Duggan is the executive director of the Environmental Defense Fund Europe, a non-profit charitable organisation.

Digitalisation is sometimes portrayed as an enabler of the green transition because it allows measuring things more accurately. What do you think are the implications for environmental policymaking? Is it another tool, or do you believe this is something transformational?

I think it could potentially be transformational, but as with all innovations, you have to be careful what you wish for and what to expect.

There is an adage that ‘you can’t manage what you don’t measure’. And one of the main things that has improved considerably over the last 20 years is the ability to use digital technology to measure things like environmental pollution more accurately.

I was a UK official when the EU carbon market was launched in 2005. And very quickly, we discovered that information about the source of CO2 emissions was not nearly granular enough. With today’s technology, things might have looked quite different.

On carbon emissions, do we now have the desired granularity level when it comes to the data?

What happened very quickly in the setup of carbon markets was an understanding of what needed to be tightened up. So the measurement got better almost instantaneously within the first few years, and I would expect this process to continue.

Similarly, on methane, 10 years ago, leakage measurement was pretty poor. Since then, new tools like satellites have developed to meet those needs, which informed recent decisions like the global methane pledge at COP26.

Environmental Defense Fund, through its non-profit subsidiary MethaneSAT LLC is leading the effort to build MethaneSAT, a very high precision satellite capable of quantifying methane emissions around the world in near real-time and which will be launched in about a year from now.

Currently, we have to rely on countries to submit inventories of their emissions. But increasingly, new technologies enable emissions to be tracked and measured through the deployment of ever-better technologies.

And I think there is work to do on other greenhouse gases in that respect. One of the issues we are concerned about at the moment is hydrogen, an indirect greenhouse gas, and recognising that we do not yet have the tools to measure hydrogen leakage with the precision we need to quantify leakage.

Certainly, what digital technologies help us do is to understand better the problem and how to tackle it, which will open up a new era in terms of transparency that will make us much more effective in tackling climate change.

Environmental Defense Fund has been involved in measuring emissions of methane with satellites. How accurate are those measurements? And what kind of information does that bring to policymakers that they did not have before?

It is the level of precision as well as accuracy that matters. While identifying and quantifying the large emission sources is very important, a large proportion of the emissions occur from smaller sources, we need to be able to identify and quantify both.

If you don’t have granular enough information, you can miss important things such as the aggregate effects of methane emissions that can be overlooked or feedback loops that might happen, such as methane emissions associated with melting of the permafrost in the Arctic.

These measurements have improved tremendously in the 11 years that Environmental Defense Fund has been involved in quantifying methane emissions, and improving data quality as well as quantity is certainly something we’d want to see with hydrogen as well.

Hydrogen is a volatile gas so measurements for safety have rightly been a priority, but we’re also concerned about measuring leakage from different uses of hydrogen in order to ensure that there is not an unintended global warming impact.

Will MethaneSAT be able to identify where leakage is happening in gas infrastructure and how much?

I believe it will, in a way that has not been possible before. But it is not yet possible with all greenhouse gases.

Over the next 30 years, we’re going to be increasingly concerned with free-rider states that don’t take action on their own emissions, and yet cause a problem for the rest of the world. And I think that transparency issue is one of the things that satellite technology can solve.

In Europe, we have taken an approach where we look at the emissions from production of industrial processes, goods and energy, but we are often criticised for having exported emissions abroad – meaning we have to look at our consumption as well.

I believe digital technologies will increasingly make that much more transparent, and much easier to manage. 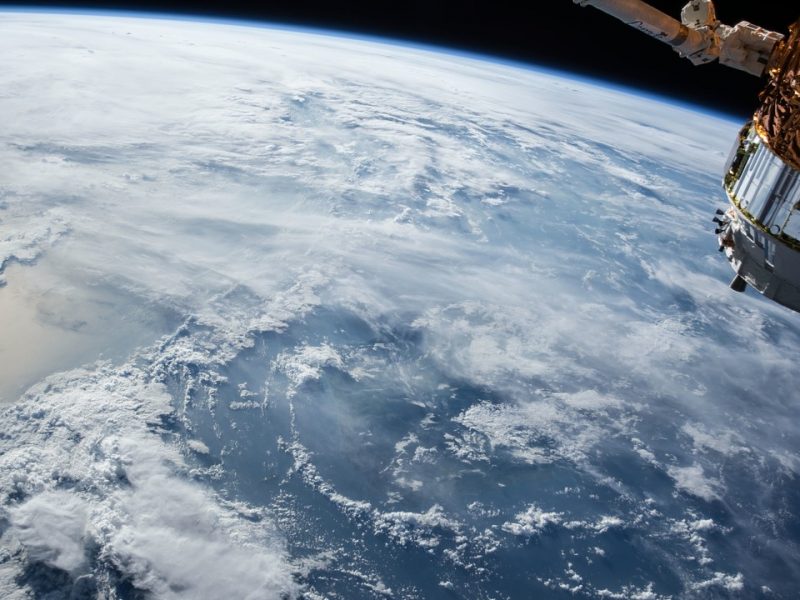 The European Commission has said it will start collecting data on methane leaks before the EU can envisage regulating gas imports from foreign countries, with a review planned in 2025 to see whether measures will be imposed on gas imports. By that time, do you believe there will be sufficient data to say for example that gas imported from Russia is more or less carbon intensive than gas imported from Algeria, Norway or the US?

That information is already available to EU member states, maybe not at the level of detail that they might want, but certainly enough to be able to tell good producers.

Digital technologies will make this much more accessible, much more real-time for them in the future. So it will get easier and easier to discriminate which countries Europe gets its gas from.

Digital technologies are often put forward as a way of managing energy demand on the consumer side. Can you describe the different areas in which this can apply? Has the energy saving potential been quantified?

The most obvious example is electricity, where consumers – both industrial and residential – can be paid to not use it at particular times in order to help manage intermittency of renewable sources.

Now, some of those are more automated than others. But increasingly residential customers will be able to sell back to the grid at the right time to get the best price. As a producer, you’re getting the highest price when the grid is in most need of it.

And as we increase the share of renewables in the grid, the problem of intermittency can be somewhat mitigated by using demand side response at 30-minute intervals or even at shorter intervals.

It’s one of those things that will benefit consumers and reduce costs, especially for those who are lucky enough to have solar PV and can sell power back to the grid. As we go increasingly to electrification, it’s going to be a very important part of the solution to a net-zero energy system, which will help balance energy usage.

With the kind of high electricity prices we’re seeing at the moment, it would have been convenient to have demand-side management deployed at scale right now, I guess….

Indeed, but it’s not available in sufficient volumes to make a significant difference.

Personally, I’m quite pleased I got off gas entirely – I now have solar PV and a fully electrified heating system – through a heat pump. But not everyone can afford this and it looks like 2022 is going to be equally challenging for energy supply, so the faster we can implement demand side management solutions, the more confidence we can have in the grid.

These problems are also becoming increasingly solvable. So they shouldn’t be obstacles to decarbonisation, or electrification, because there are solutions that are coming along with the problems.

One area where digitalisation is expected to play a role in the energy transition is in the building sector. What are the new possibilities in that area? And what can policymakers do to reap the benefits in terms of energy savings?

The smart meter is probably one of those – every EU member state is trying to promote them. But we live in an age of conspiracy theories, and people worry that the smart meter is going to be reporting on them.

Personally, I am a happy owner of a smart meter because it allows me to look at my daily usage, turn the heating down a degree if necessary. However, I do recognise that the benefits of smart meters haven’t been fully communicated. It’s an educational process, I think, which will happen over time.

In France, there is resistance to the installation of the Linky smart meters, even mayors have resisted their deployment. What are the lessons there when it comes to consumer acceptance of new technologies? Can we expect people to adopt these technologies on a massive scale sufficiently fast to make a significant impact on climate change?

Selling the idea of smart meters to people on the basis of climate change is too ethereal for them. But if you sell it on the basis, for example, that you don’t have to let strangers in your home to read the meter anymore, this may make it more palatable to them from a convenience and security point of view.

And being able to take greater control of your energy costs at a time when energy prices are rising is something that should make it more interesting for consumers as well.

We’ve got to find the right messages that resonate with the public and also recognise that worrying about the internet and potential hacking issues is not an unreasonable fear. We need to take those steps to reassure people and to protect them from the consequences of unintended use of their data. 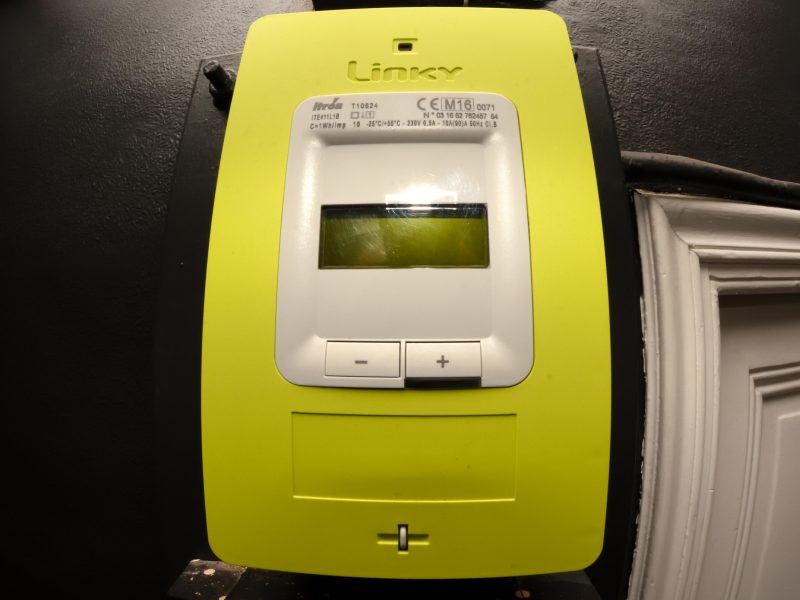