Sijbren de Jong is a strategic analyst at the Hague Centre for Strategic Studies and a lecturer in geo-economics at Leiden University.

Can the current diplomatic crisis between EU and Turkey have a negative impact on the Southern Gas Corridor (SGC)?

The Turkish government is organising a referendum on whether to grant President Erdoğan greater powers. A lot of the recent rhetoric particularly involving the Netherlands and Germany fits within the domestic agenda of whipping up nationalist fervour in support of the proposed changes.

Because developing Turkey as a transit corridor is a long-term goal of the government, I do not think this particular episode will stand in the way of the SGC. It is in Turkey’s interest to be seen as a stable country, through which energy supplies can transit. It wants to be the route, where gas from the Caspian Sea or Russia can transit through on the way to South-Eastern Europe.

Is there great potential for Caspian gas in South-Eastern Europe?

For the initial phase, 10 BCM of natural gas has already been contracted from Azerbaijan. This volume is guaranteed to be delivered. For the second phase of the project, it is a little bit unclear as to where the remaining gas will come from when the Trans Adriatic Pipeline (TAP) will be expanded to approximately 20 BCM. It could come from Azerbaijan, but there is some uncertainty about whether they are able to deliver.

Turkmenistan is really a very long shot. In order for them to export anything, they need to build the Trans-Caspian Gas Pipeline, which Iran and Russia are consistently blocking.

Iran could potentially be an option, but only if they invest significantly in infrastructure bringing gas to the north of the country, because all the major gas fields are in the south. 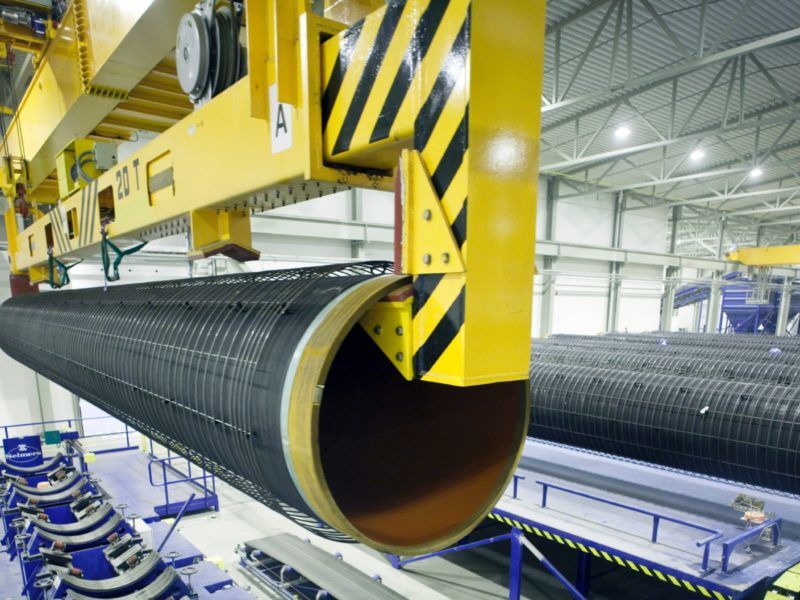 Is having a new route the biggest advantage of the SGC?

It is of major importance. Not, perhaps, for the whole Europe, but it definitely matters for South-Eastern Europe. There, the level of competition in the gas markets is fairly marginal.

Do you expect some of the Caspian gas to go to Central Europe in the near future?

No, not at this point.

Gazprom has recently expressed interest in supplying gas to TAP, which was welcome by some shareholders. Do you still consider TAP to be the EU’s landmark diversification project?

Bear in mind that the pipeline will not be fully supplied with Russian gas. If it is supplied with 10 BCM of Azeri gas, then that is still gas that comes from a supplier that hitherto we did not have. Of course, I understand the irony. If Russia ends up delivering half of the 20 BCM in the second phase, then TAP has kind of failed in its original intention.

But it has to be acknowledged that the rules on third party access (TPA) exist for a reason. If the exemption is no longer there and Gazprom wishes to deliver through that particular pipeline, then that should be seriously looked it. After all, the rules on TPA are a measure we installed ourselves because we want to see them sharing pipeline capacities with others. So, this also works the other way around.

The problem is that TAP, as a diversification project, is funded by the European Investment Bank and European Bank for Reconstruction and Development.

As it currently stands, the desire of Russia to deliver gas in the second phase is still a prospect. Nothing is certain yet.

At the same time, if the second part of Turkish Stream is built, there will be more capacity than Turkey actually needs for its consumption. The surplus has to go somewhere. This explains the revival of interest in the Interconnector Turkey-Greece-Italy (ITGI), which has a 20-year TPA exemption for Russia. If ITGI is finished, the remaining gas will be shipped to Italy. This is another way to preempt future deliveries from the SGC. If you already deliver around 8 BCM to Italy, you take away some of the existing demand in Italy.

The Commission might approve Nord Stream under German pressure. What is your informed guess?

The recent legal discussions have been based on an analysis by the Commission’s Legal Service. The analysis says internal market legislation does not apply to the offshore sections of Nord Stream 2. This is a debatable position. If you look at some decisions from the recent past, EU law has been applied to both Yamal and South Stream, which were both export pipelines coming into EU territory. This means there is ample legal precedent that implies legislation can apply. In other words, the jury is not out on Nord Stream 2 yet. Given the uncertainty on this point, the case should ultimately be brought before the EU Court of Justice. They should decide who is right in this case.

It could take years for the Court to decide.

That is right. It is a calculated risk to build such a large project, lawsuits are always an option.

Does Gazprom have the financial capacities to build North Stream 2?

I do not know. They are under a bit of financial pressure and certainly it would be welcome to see financial contributions from the other companies.

A strong legal case can be made on why the project is in violation of European law. If that is the case, the project cannot move forward in its existing and an alternative form has to be found.

Recently a representative of ENGIE, which partnered with Gazprom for Nord Stream 2, told me that Russian gas is the best option on today’s European gas market. Do you agree?

LNG has a fairly low price right now. Ultimately, it also depends on what countries want. If they wish to see a more diversified market, they have to buy gas from elsewhere. Sure, LNG may be more expensive ultimately as piped gas is usually cheaper. The Russians’ most important market is still Europe; China is not moving as fast as they would like to see it. They will rely on Europe for a long time. One way to make sure they keep the market share is by building new routes (Nord Stream 2, Turkish Stream), doing away with the older ones (Ukraine) and possibly by lowering price in exchanged for larger volumes sold. By selling on volume rather than on price, they create a kind of lock-in for the coming decades to make sure they have a stable income even though efficiency and renewables are on the rise. It is a calculated strategy.

Having low prices combined with a volume strategy is monopoly behaviour, which can rule out other competitors. But the antitrust case shows Gazprom can agree to concessions.

One of the concerns was that Gazprom was charging unfair prices in the Baltic states, Bulgaria and Poland. If it now has lowered its prices, then it has met this particular concern. It was not hard for Gazprom to agree these particular demands, because they make sense given how the market has changed. Moreover, if it goes against the agreement, the company runs the risk of paying a huge fine.