José Manuel Campa is the chairperson of the European Banking Authority, which is in charge of banking regulation.

The EBA has recently published the results of the transparency exercise, including data from EU banks. One of the main conclusions is that the profitability of European banks is low. How worried are you, given the current slowdown of the economy?

We highlight that profitability is a concern for us. Banks have enhanced the capital ratios over the last few years, and they decreased the non-performing loans (‘bad’ loans) ratios. That is really good. That means that balance sheets have been strengthened. But at the same time, the profitability has been low for a number of years. And the average profitability is below the estimated costs of equity. That is a challenge because the macroeconomic environment is challenging. Banks need to find ways to enhance profitability.

What could they do?

We highlighted in the report two dimensions. Firstly, the operating costs of the bank are an important aspect. Cost-to-income ratios have remained stable over the last three or four years. In fact, they picked up in the last year a little bit, but just marginally. Secondly, we highlighted that banks need to invest in digitalization and the transformation of their business models, in some of the new aspects that technology brings to the industry. Banks really have to try to be more effective in decision profitability.

Vice-president for financial services, Valdis Dombrovskis, recently said that regulation could favour ‘green’ investment and loans, while keeping prudential considerations in mind. The EBA is assessing the possibility of reviewing the capital requirements for banks to support ‘green’ lending, as a green-supporting factor. Do you think this is a good idea?

Banks have to make a better assessment, risk assessment of the climate-related activities, not just the green, but also the ‘brown’, ones, meaning those that are not conducive to the sustainable transition. Then we need to have adequate capital for those risks. At this stage now, and I think that’s what Dombrovkis was signalling as well, it is too early to really talk about specific support factors until we have really an adequate way of talking about what is green or not, i.e the taxonomy. Secondly, we need to know how risky it is to be ‘green’ or not, from the point of view of lending by banks to those activities, so we make sure that there is an adequate provision of capital to that lending.

But do you think banks should have beneficial regulatory treatment when they are lending to ‘sustainable’ activities?

We need to have banks that are capable of helping that transition toward the green economy. That’s absolutely true. But to do that, the most important thing is that we have solvent and profitable banks. If lending to that ‘green’ part of the economy is of a certain risk, banks need adequate capital provisions for those risks. And the analysis has to be evidence-based. I cannot tell you ex-ante capital provisions of those activities until I have an adequate risk assessment. To sum up: first is disclosure to understand what we are talking about; secondly we need an adequate measure of the risks; only then we can talk about the allocation of capital. We’re not going to get to a green economy if in the process we end up encouraging banks to be insolvent, and get into another financial crisis.

In a recent speech, you said that European banks have not fully regained investors’ trust. Why?

Their profitability is the most obvious indicator. For investors, it is not just about current profitability, but sustainable profitability over the long term. I assume that the lower market valuation signals that they have concerns about banks being able to put forward what will look like viable and profitable business models and, at the same time, that will provide an adequate return rate. 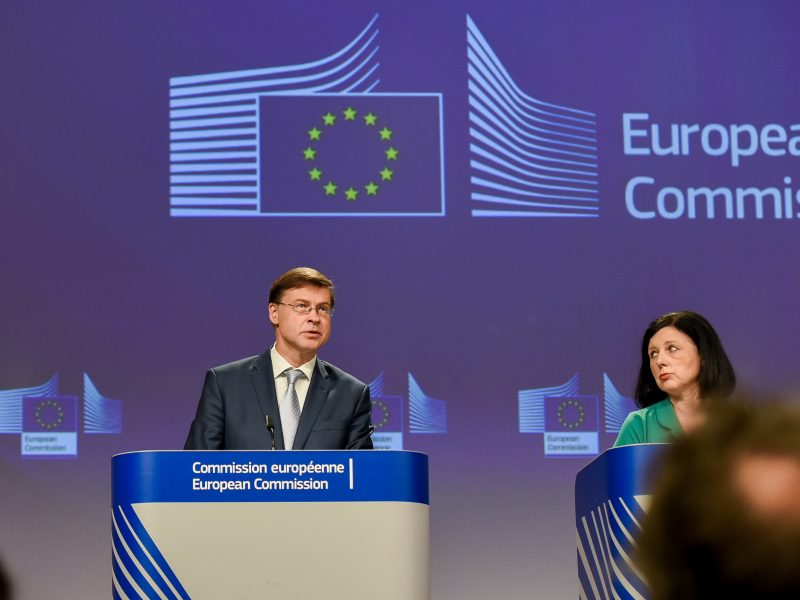 EU finance ministers will adopt on Thursday (5 December) conclusions on combating money laundering. To what extent the recent scandals affected European banks in the eyes of investors?

According to our risk assessment report, when we think about the potential risks, for analysts, money laundering, sanctions and compliance, is a big important risk. But from the banks’ point of view, those risks are there, but the number one for them is cyber risks and data security. Investors also have concerns. They have seen some recent cases related to money laundering with a large impact on banks.

In order to better combat money laundering, some member states argue in favour of a centralized European authority. But you said in the past that we should first have a common rulebook. What could be a compromise?

There is a clear sense that our current approach to anti-money laundering (AML) within the EU is not appropriate and it needs to build up. The implementation of our AML directives are very principle-based and they are not sufficiently prescriptive. They give a lot of room for the adaptation of the regulation by national authorities.  As a result, local regulation is very diverse across the union. The consequence is that the ability to control money laundering transactions within the union is difficult because there is a lot of diversity. And once the money goes into the single market, it is easy to move around. We are as strong as our weakest link. That is why we need to rebuild that part. In addition, the diversity of regulation makes it difficult for banks to be efficient. Banks operating in different parts of the Union don’t have a homogeneous process to deal with customers from AML perspective. That’s why I think that more homogeneous regulation is important.

And what about the single authority?

I tend to think that is probably also going in the right direction. But this authority needs to have a clear mandate and resources. It is difficult to have a mandate if the regulation under which you are operating is very diverse across the EU. I don’t think that it is really a choice of one versus the other, regulation versus authority. You need to progress in both directions. Having just an anti-money laundering authority at the European level without a change in the existing regulation probably would not really make it operative. You need to make adjustments on the regulation as well.

Could the EBA be that centralised authority to fight money launderers, as some member states want?

From 1 January we have competences in this field, and we have some expertise. We are doing some implementation reviews of the legislation. It really depends on what type of mandate the authority would get. If it implies a huge amount of capillarity, with experts and employees deployed all over the EU, with direct responsibilities on the field, then probably this is a completely different animal that would require a lot of resources. If it is more about making sure that there is convergence on supervision on anti-money laundering at the European level, then we can certainly be of much more of use. 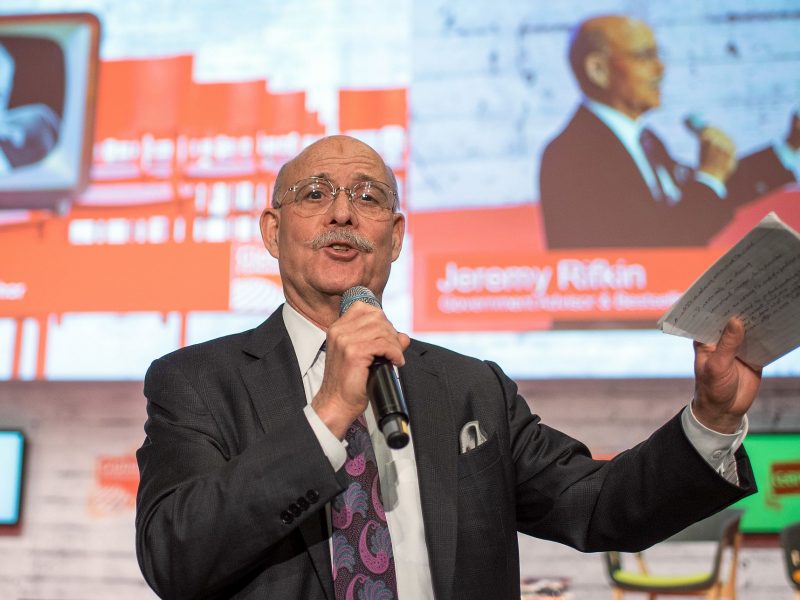 US economist Rifkin: 'Budgetary rules should not apply to green investments'