Gas-fuelled vehicles will continue to have a presence in the transport sector, according to Klaus Schäfer. [Land Rover MENA/Flickr]

Will the new legislative package Clean Energy for All Europeans help gas pick up on the European energy market?

Eurogas welcomes the package in principle. As always, there are topics that need to be sharpened. There is a need to reflect adequately the role of gas and the individual sectors. I will give you one example. The package wants to talk about renewable energy, but in reality, it talks about renewable power. There is also renewable gas, which needs to be adequately reflected in the package. Look, for example, at transport.

Would you like to see the role of gas in transport reinforced in the view of the Commission?

Gas in transport is an important factor for decarbonisation. Renewable gas is also renewable energy. Therefore, it should be seen on the same level playing field as renewable power.

Regarding competitiveness, if I take out one element from the package – the Commission’s support for capacity markets – it is a positive trend. They did not do it in the past. At the same time, setting the threshold at 550 grammes CO2/kWh also effectively supports gas. Clearly, the emissions of gas are below the threshold. 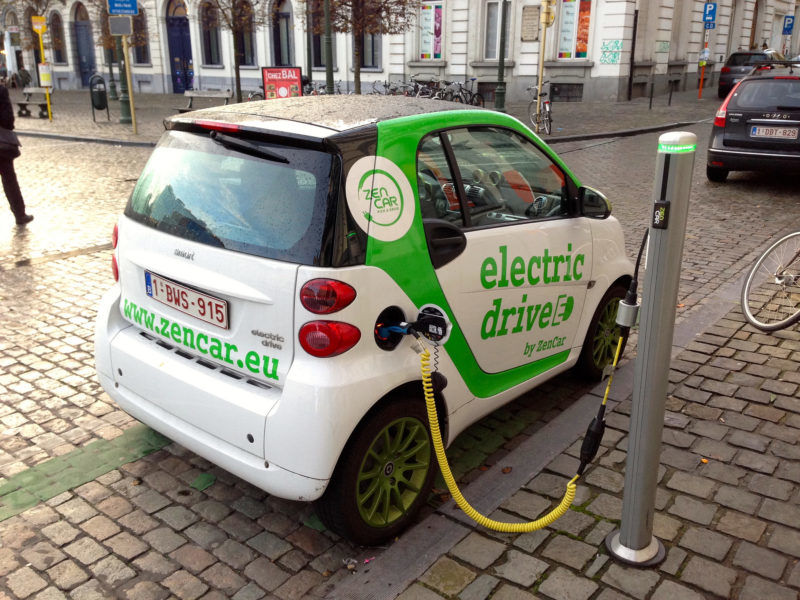 In your speech, you asked politicians to say gas is an important part of Europe’s future energy mix. Is gas discriminated against compared to other fuels?

We have heard today a strong commitment to gas in the next decades from Commissioner for Climate Action and Energy Miguel Arias Cañete. He also challenged the gas industry to make its contribution for the future. It makes sense. We – as the gas industry – need to commit ourselves and politicians need to commit themselves. It is a long-term industry, investments are made for decades. There needs to be trust on both sides that gas is and will be there, and that it will deliver. On the senior political level, I do see a lot of agreement. We need to make sure it does not just stay on the senior level, but it is reflected in the fine print, where ultimately policy and regulation play out.

Commissioner Cañete also said that after 2050, the role of gas would depend on innovations. What innovations could save the gas industry?

Take one: power-to-gas. Using excess renewable energy and transforming it into either hydrogen, also mentioned by the Commissioner, or into synthetic gas with the fantastic benefit of storage in existing infrastructure. It is a massive innovation in terms of taking gas completely into the green space and at same time solving a massive problem of the power sector – storing renewable energy. Today, batteries can store energy in the short-term. But we need longer-term, seasonal storage. We need a lot more energy in the winter than in the summer. That type of seasonal storage can be done very effectively through power-to-gas.

What about the transport sector? Are electric vehicles too strong of a competitor for gas?

There is an electric plane – the Solar Impulse.

The question is whether that ever manages to cross the Atlantic.

We obviously see electricity-driven trains. But now there are also experiments with trains fuelled by liquefied natural gas (LNG). It depends on our requirements, which one of the two – electricity or gas – offers a better solution.

I see clear coexistence. It also means that in terms of support from politicians and regulation, they need to be on equal footing. If you support charging points for electric vehicles, which is good, likewise you need to look at support for gas infrastructure.

Will it not lead to a scarcity of investment? Is there enough capital for electricity, LNG and even hydrogen in transport?

I do not think so, as long as you focus on the two (electricity on one side, LNG and hydrogen on the other). Electric vehicles will always have their strengths in shorter-distance transport – like urban mobility in big cities. In longer-distance transport, gas and LNG play out their benefits. We then talk of a different density of charging or supply points.

On the power side, you need one effectively in every household, thousands and millions of them. For the LNG and hydrogen infrastructure, you need a lot less. A thousand of those in Germany would be already a dense network. You do not need millions.

As Russia's gas market gets weaker, Europe gets stronger

We are in a country which is not on the Nord Stream 2 route, and it is complaining about it. Two years ago, the Slovak prime minister called the Western European companies participating in the project “traitors”. Do you see relations improving and can countries like Poland and Slovakia be compensated for their loss of revenue from gas transit?

It is not up to the Eurogas president to answer that question.

When we focus on the European gas industry, we do welcome new transport infrastructure that provides additional routes, especially if they are market-based. New projects will contribute to energy security of this continent.

This is non-discriminating. As Eurogas, we do not focus on individual projects. We have a policy of looking at the total market. It does not matter if projects are in the north-east or the south-west. From that point of view, I cannot judge individual countries or their interests.