This article is part of our special report Fact-checking science.

When drafting policy, EU officials and lawmakers have a variety of sources to call upon for scientific advice. But how useful is the information and how effective is the system currently in place? Julie Girling explains how she uses evidence in her day-to-day life as an MEP.

Julie Girling is an MEP with the European Conservatives and Reformists group (ECR).

She spoke to EURACTIV.com on the sidelines of an event she hosted at the European Parliament, called Fact Checking Science: Shaping the governance of scientific advice in the EU.

Could you tell us a little bit more about this event and the issues discussed?

This was about how we policymakers use scientific evidence when we are making our decisions. I think you’ll find that most politicians will tell you that they are evidence-based, that they use scientific data before they come to a conclusion on a subject, so this was really about how we do that, is it adequate, do we have the systems in place to meet the people who have the evidence?

It’s fascinating because clearly people have a lot of different views on this.

What is the role of science-based evidence in policymaking? Is it a big part of your job?

Most of us have confirmation bias so we look for evidence that supports our own opinions. If we don’t have an opinion then maybe we’re a little bit more open-minded but we’re still looking for things that are easily accessible or put in front of us.

What’s put in front of us is often comes from advocacy groups or companies or whatever, so you have to recognise that that might not be bias per se but at least partial. It’s a very big difference. So what we’ve been discussing today is about how we can get more evidence and maybe better summaries of evidence.

We also talked about not just risk but hazard too. It’s an argument that rages all the time in Europe. If something is known to be hazardous to health should it be banned automatically or do we need to look at its exposure and safe levels of use? Frankly, people have different opinions on that and I’m strongly in the camp of risk but many are strongly on the other side, on the hazard side of things.

So we need to try and reconcile that and come up with good policy.

How do decision-makers access the information they need? How useful is it?

But they’re based on different principles. So in ECHA we have things like the CLP (classification, labelling and packaging regulation) but with EFSA we have what I think is a much looser set of regulations. Not looser that they are less safe but to the degree that the agency has, in my view, a lot more latitude.

So the first thing is that we’re not consistent across legislation and in how we deal with data across different areas. I’d like to see more consistency.

At a higher level, we have the Scientific Advice Mechanism (SAM) for the Commission, which has not been around for very long. They’ve been involved a few high level reports that I found very interesting. I know that they are inputting into the very early stages of policy development but they don’t really help me as a legislator, I don’t find them particularly useful, partly because I haven’t really been involved with the pieces of legislation they’ve looked at!

While I think it’s a great initiative, I don’t think it’s going to help the everyday MEP when we’re dealing with amendments.

We also talked about the office for Science and Technology Options Assessment (STOA) in the European Parliament. Again, I don’t think that those are strongly enough integrated into our decision-making processes and I’d like to see STOA particularly, as the Parliament spends a lot of money on it, becoming more relevant to the actual policy agenda, rather than being too future-focused. They do that very well but we need to make decisions today.

What do you think of the system that is in place?

What I’ve concluded is that we need to react more to the modern world that we live in. People have access to pieces of information that they find difficult to put into the full jigsaw.

So I think we need to consider a much more rounded approach to information. I’d like to see the European agencies being able to lift their heads from the very rigorous restrictions that the legislation places on them and look a bit more in the round.

For example, I’d like to look at risk benefit as it’s not just about risk management. We need to consider the knock-on effects more. We don’t do that at all.

Are there any particular examples of that? Have there been failings?

The example of the neonicotinoid ban is a great example. There is some lab and field evidence available that they are dangerous to bees. So a precautionary limit was taken so that they would be banned.

That’s fine but I was very against it because we needed to think about what we were going to use instead because farmers will simply spray something else. That second substance may have been ruled as safe but only in a certain way.

We’ve effectively said that open crop spraying maybe five times is preferable to a seed treatment once. That comparison was never made or looked at, so how can we be so sure that it’s a good idea to ban neonicotinoids? I would like to see a full study done into what will happen if something is banned and glyphosate is a very good example of that.

Many people want glyphosate banned outright but what would happen if we did? We need to weigh up the benefits and the risks across the board.

What’s the best way of communicating science-based information to the general public?

Any information you put out there will be seized upon. The press will put two and two together and make five. If you speak to comms people then their mantra is ‘you don’t say anything until you’ve got all the facts’. You don’t speculate. That’s generally how it does indeed work.

But as many people point out, the public has a right to know. People are grown up and sensible enough to interpret the information they are given but that information has to be accurate.

Ultimately, we have to change the mindset of the public and the press, which at the moment is scaremongering. The press are only interested in the scary story as they love a headline. The media has a responsibility to treat the information in the way it was meant to be treated.

This trend of an aversion to information is a direct result of their reluctance to do so. I don’t really know how we can solve this, beyond trying to get a public debate going that recognises there is no certainty in life.

The idea of an arbitration institute to settle the most controversial cases was floated at this event. What do you think of that?

There’s room for that in certain areas. I think complex decisions like putting a scientist on a panel could be facilitated by something like that, by ruling on conflict of interest cases. An arbitration panel of that nature could inject some proportionality into the mix. There’s a place for it there.

But in terms of setting up something similar that would look at the actual evidence itself, then it becomes more difficult. I think we would find ourselves in a position where we would then be calling into question the arbitration panel, so we’d need something to give that oversight, creating a neverending cycle of sorts. We can’t have a hall of mirrors like that. 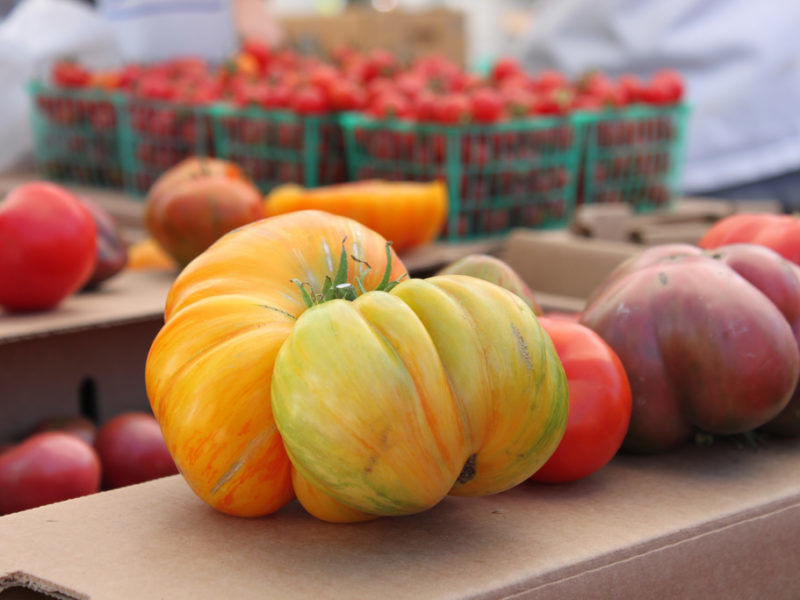