"In the US, based on atmospheric measurements, we think methane emissions have increased at about the same rate as oil and gas production," says Stefan Schwietzke. [WildEarth Guardians]

Stefan Schwietzke is a scientist at the Environmental Defense Fund (EDF), a US-based environmental group. Prior to joining EDF, Schwietzke worked at the National Oceanographic and Atmospheric Administration (NOAA) in the US. He has a PhD in engineering and public policy from Carnegie Mellon University and a Dipl.-Ing. from the University of Stuttgart.

Where is most of the methane leakage happening in the oil and gas sector? Is it more upstream at the point of extraction or further down in the value chain, at the transmission and distribution level?

In Europe, reported upstream emissions – from production and processing – are roughly the same as downstream emissions coming from transmission, distribution and end-use.

But that doesn’t account for upstream emissions from gas produced outside the EU. About two-thirds of the oil and three-quarters of the gas Europe consumes is imported. To get to the real upstream-downstream ratio, you need to account for all of that.

In the US, which produces the vast majority of the gas it consumes, we know the majority of emissions are happening upstream – or roughly four-fifths upstream, one-fifth downstream.

Aside from the issue of imports, how accurately are methane emissions measured and reported?

The complicating factor is that there are three different categories of emissions.

The first is at source level. This is a relatively large number of small emitters, for example, small leaks from pipes. Operators can – and often do – screen for and fix these. They form the basis of emission inventories.

A second category is the “super-emitters”. This is a relatively small number of large emitters. As a rule of thumb, about 5% of the emitting facilities account for about half of the emissions. An emitting facility can be anything from a well site to a compressor station to a distribution line.

These emissions are measured with a set of techniques that have been developed or refined over the last ten years. You do not measure them on site but through random surveys downwind from a facility, with a mobile unit such as a van or airplane. There is a lot of data from academic work, but these emissions are not in the official inventories. Companies do not use this technique to report their emissions.

The third category is the known unknown. There are some emission sources that do not feature in emission inventories even though we know they exist. Examples are improperly plugged abandoned wells and accidents.

An example from just a few weeks ago – spotted from space – is what appears to be a very large oil and gas emission source in Turkmenistan, on the eastern shore of the Caspian Sea. This leak or vent is in a country where we have no transparency. We don’t know what’s causing it. If we didn’t have satellite data, we wouldn’t know about it at all.

What is the best way of measuring – and reporting – methane emissions?

Right now emissions are reported using emission factors. Every component, for example, a certain type of valve, is estimated to emit so much and you multiply that up with your number of devices. These are the source level emissions in the first category. These are the emissions that are reported.

But downwind measurements [to detect all emissions, including super emitters] keep showing higher numbers than what is in the reports. The methodologies for reporting and measuring what is going into the atmosphere do not measure the same thing.

There is a third source of data: a global network of methane measurements to learn about emissions and sinks more broadly. The isotopic data that comes in here enables us to say something about the global magnitude of oil and gas emissions. Satellites, which as of about two years provide data that is good enough to help us identify point sources, are part of this global work.

At this point, we know enough to say we need to act, but there is too little data to shape that action. The challenge is to drill down to particular geographies and companies. Future satellite technology will help with that.

Yes, a company should have an incentive to do something about it, but they will not measure it and put it in an emissions inventory. Those are two different things. So when you want to assess the climate impact of oil and gas, this is something you should account for.

In some cases, it may be that gas is deliberately vented, for example, because there is relatively little of it, if it is a by-product of oil production. The economics for capture may not stack up in every individual case.

Does the uncertainty around methane emissions undermine the case for gas versus coal?

The decision to go from coal to gas in power generation will depend on many factors, including the region. My point would be that once you have decided to do this, you have to try to make the gas as clean as possible. If you want to do more with gas, you have to clean up methane emissions.

It depends on what kind of coal you are replacing. The dirtiest kind, lignite, releases a lot of CO2 but very little methane.

Timeframes matter too. A large fraction of the total greenhouse gas emissions from gas is methane and the climate impact of that is powerful and immediate because it is such a potent and short-lived gas. If you want to decarbonise quickly, you want to avoid keeping climate impact high early on because of methane leakage.

How far have we come in our efforts to reduce methane emissions?

There is a lot more we can do. For example in the US, based on atmospheric measurements, we think methane emissions have increased at about the same rate as oil and gas production. It is not that fracked wells emit more than conventional wells – that is a misconception – it is rather that fracking has led to a lot more production.

What is the next big priority?

We need to get a handle on methane emissions in countries where we have no data yet. There are still a lot of blind spots. Either we need permission to enter, or we wait for satellite measurements. We need to engage national oil companies, for example in Algeria, Russia and Qatar, Europe’s main suppliers. This is crucial to understand Europe’s methane footprint.

From an EU perspective, the burden to show how low or high methane emissions are should lie with the operators and the countries they operate in. I think we have demonstrated you can show what your methane footprint is at operator level.

The question is whether the EU wants to use its market position to say, “we have a certain benchmark, this is what we are willing to purchase”. 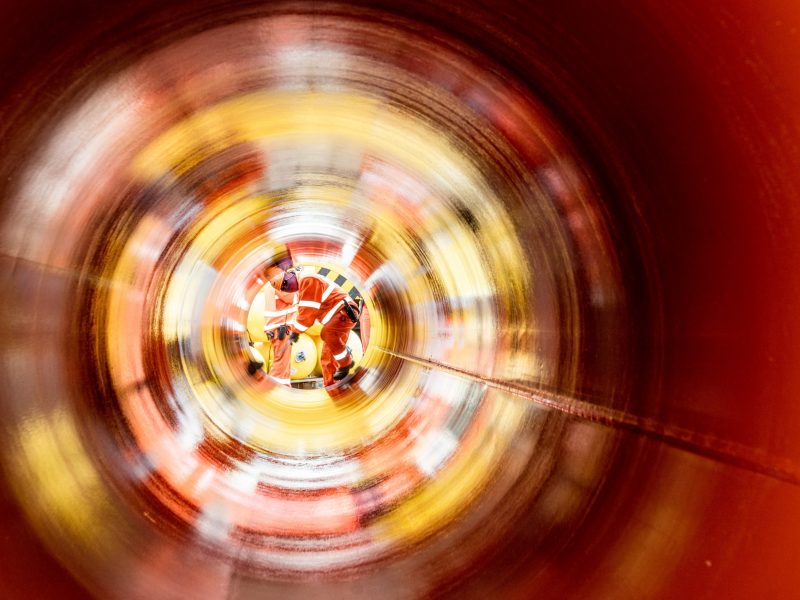 Gas expert: 'IPCC is clear – we don’t have the option of waiting'

Switching from coal to gas in power generation is the single most important action Europe can take to get on the path to net-zero emissions by 2050, argues Simon Blakey, a European gas expert.