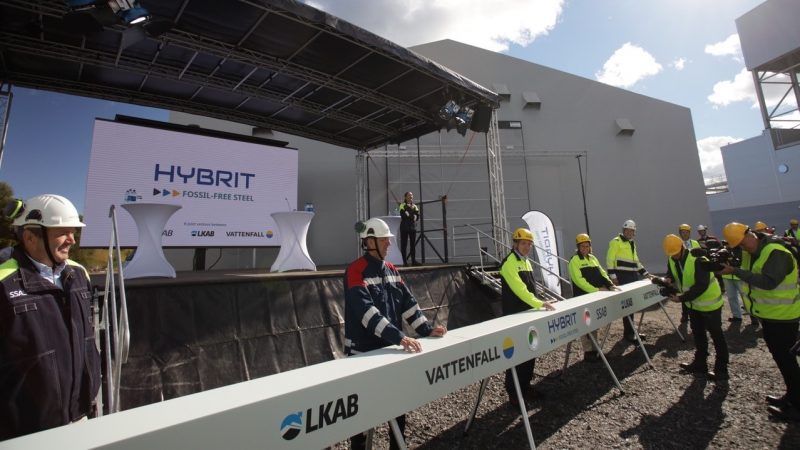 Business consultancy EY has identified 1,000 green projects it says will help Europe recover stronger and more resilient from the economic slump caused by the COVID-19 outbreak.

The projects require €200 billion of public and private investment to get off the ground, the consultancy said in a report published on Thursday (3 September).

This is a fraction of the €750 billion coronavirus recovery fund agreed by EU leaders in July to help relaunch the European economy after the coronavirus outbreak.

Approximately one-third of the projects are developed by start-ups and SMEs, and will support the creation of 2 million new jobs, EY said, adding those will create immediate social, environmental and economic value.

“This is however only the tip of the iceberg and we believe the value of the entire EU pipeline of green projects could be as high as €1 trillion, with the potential to return the more than 12 million full-time workers lost to COVID-19 into green and productive activity,” said Steve Varley, EY global vice-chair for sustainability.

For EU leaders, this is “a once-in-a-lifetime opportunity” to rethink and refocus the bloc’s post-pandemic economy, Varley said.

Laurence Tubiana, CEO of the European Climate Foundation, a non-profit group, said that “EY’s work demonstrates that small, midsize and large project developers from Portugal to Poland have green shovel-ready projects ‘ready to go’ that can restore and transform livelihoods and communities in a resilient recovery”.

“There can therefore be no excuse for member states not spending recovery and resilience funds on win-win green investment opportunities,” she said in a statement.

Another project is by Korean chemicals company LG Chem to develop a gigafactory to produce lithium-ion batteries for electric vehicles in Krakow, Poland. A third scheme relates to the French government’s plan to renovate Paris buildings to make them more energy efficient, Varley said.

Georg Zachmann, a senior fellow at the Brussels-based economic think-tank Bruegel, applauded the report as “a useful bottom-up contribution to the debate” on Europe’s green recovery.

However, those projects will require “more than cheap interest rates” to get off the ground, he cautioned, saying a wider policy menu is needed to unlock investments.

In a speech on Tuesday (1 September), EU climate chief Frans Timmermans doubled down on the EU’s green objectives, saying “it makes even more sense now” to invest in climate-friendly technologies because they will help reboot the economy after the coronavirus outbreak.

With the long-term EU budget and recovery plan that was agreed by EU leaders in July, Europe will have €1.8 trillion to spend on rebooting the economy in the coming seven years, Timmermans reminded, saying 30% of that sum will be dedicated to climate action.

Spending that money on future green industries “is a moral imperative and a matter of economic good sense,” said the Commission vice-president, who cited offshore wind, energy efficiency and building renovation as examples.

“Offshore wind is taking off like a rocket right now,” Timmermans pointed out, saying wind turbines can be combined with electrolysers to produce hydrogen and store surplus electricity production when the wind blows in times of low demand.

The European Commission is now waiting for EU member states to prepare national recovery plans that will be submitted to Brussels for scrutiny and approval by all EU countries, Timmermans said.

And that will require coordination, the official cautioned, saying there is “a risk that the recovery plans are contradictory” and pull in opposite directions. “We need to tell them exactly which plans go in the direction of a sustainable recovery and which ones don’t,” Timmermans said. 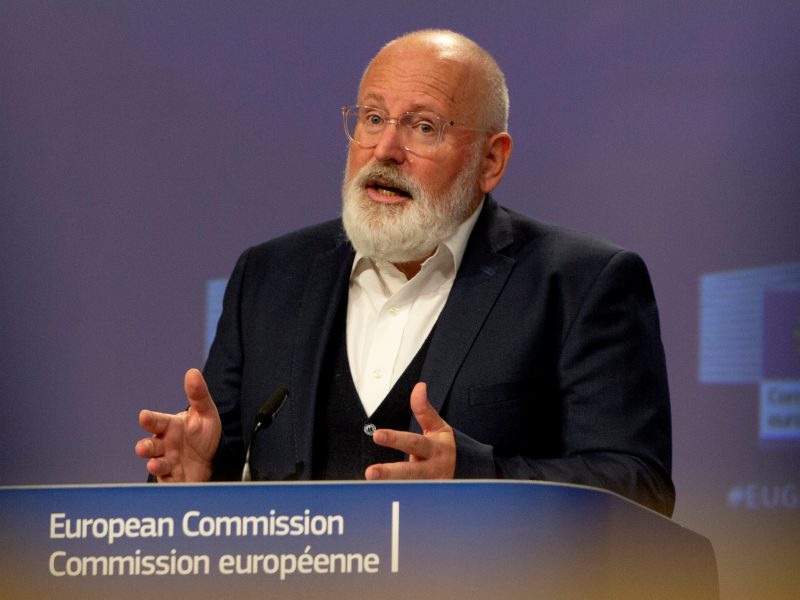