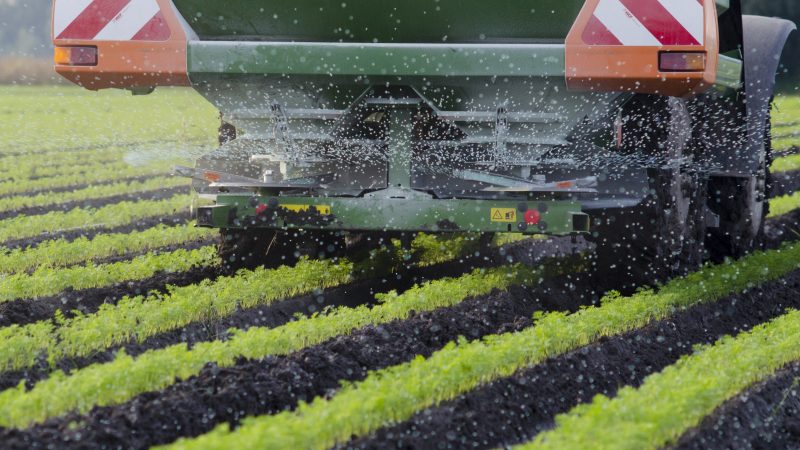 Imposing a carbon border levy on fertilisers may trigger an increase in the price of food, the industry has warned. [Aleksandar Milutinovic / Shutterstock]

This article is part of our special report Ammonia and the greening of EU industry.

The European Commission is expected to propose its carbon border adjustment levy in June as part of a broader package of climate laws aiming to cut EU emissions by 55% before the end of the decade.

The EU’s so-called “carbon border adjustment mechanism” will apply to foreign competitors unless they enforce comparable measures to lower emissions on the industries covered by the levy.

The steelmaking sector is often cited as an ideal candidate for the levy because it is a largely traded commodity exposed to foreign competition – in particular from China, which the EU accuses of dumping.

But another – and probably lesser known – potential candidate is fertilisers.

“I think fertilisers are indeed a very good sector to start,” said Adam Guibourgé-Czetwertyński, undersecretary of state at Poland’s ministry of climate and environment.

“It’s a standardised product, it’s a bulk commodity which is relatively difficult to hide into other products, and it’s relatively easy to identify,” he told an online event organised on Wednesday (24 February) as part of the EU industry days.

Designing a carbon border levy is tricky because it involves measuring the carbon content of imported goods. A complex product like – say – automobiles, would be difficult to measure because they contain thousands of smaller parts, each of which have their own supply chain and carbon footprint.

This is why EU officials have said they were likely to “start with raw materials” – as a way to gain experience – and then gradually extend the scheme to cover more complex supply chains. 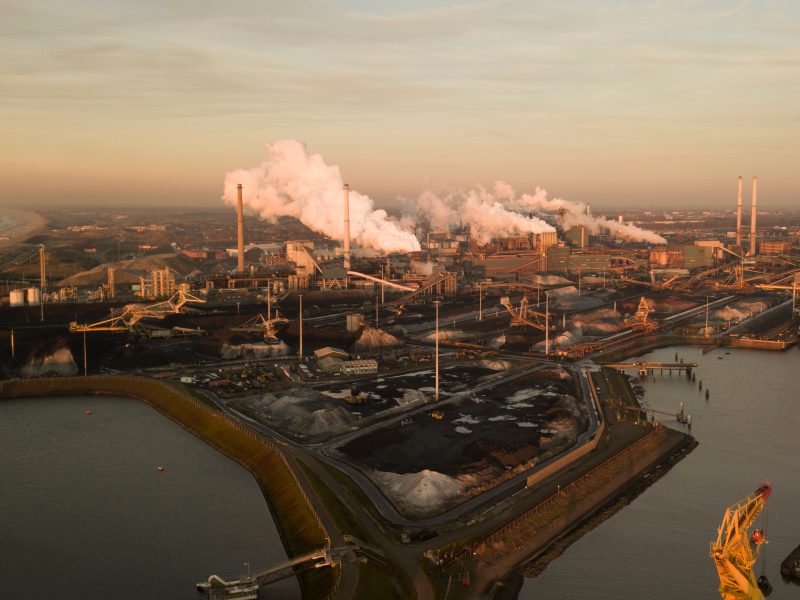 The starting point, though, is to have a measurement system in place. So to better track the carbon content of manufactured goods, the European Commission is now considering introducing a “digital product passport” for products made or imported into the EU.

“The first thing we want to develop is a digital product passport which will allow complex value chains to follow the carbon content of products,” said Gwenole Cozigou, director at the European Commission’s department for the internal market, industry and entrepreneurship.

“And then we might be able in the years to come to add information on this passport beyond carbon only,” he told participants at the event.

The idea of introducing a “passport” for imported goods is not entirely new. In October, the Commission tabled new green standards for car batteries, announcing an EU “battery passport” to ensure the tracing of materials used in the manufacturing process.

“We should not underestimate the fact that the market can value green products,” Cozigou said. And for that to happen, consumers and buyers must be aware of the carbon content of the products they buy, he added.

However, introducing a carbon border levy on fertilisers may also have unintended consequences.

Tove Andersen, executive vice-president for Europe at Yara, the Norwegian fertiliser company, warned about the potential impact on the affordability of food.

“We need to look also at the impact on consumers,” Andersen said, warning about “food production and farmers”. When designing its carbon levy, “the EU needs to make sure that food production in Europe will be affordable,” she stressed.

Others agreed. “People don’t want to pay more” for sustainable food, said Massimiliano Giansanti, president of Cofagricoltura, an Italian farmers association. “When we talk about carbon emissions, we need to realise that we are in a global market,” he said.

Guibourgé too warned about the potential impact of a carbon border levy on the price of food.

“I think this is a very relevant question and something we should be looking at more closely – it’s the social impact of our policies in Europe, and how we can mitigate this, making sure that our climate policies do not create an additional burden on most vulnerable citizens.”

One response to “A carbon border tax on fertilisers? Think twice, EU told”