You can also read this article in Croatian, Bulgarian, Spanish, Polish, and Romanian.

Guided by the idea that “it’s difficult to trick the taste buds”, the Ćurlin family puts the quality of their products first. All of the groceries served to their guests are organically farmed. The compost heap, complete with California worms in charge of making bio-humus, is located in the garden, near the hotel.

But that is only the smaller part of their circular agricultural story.

Ante Ćurlin, the younger brother of the owner, Petar, runs a family farm in Srijane, a village near Omiš. They raise chickens and sheep but take particular pride in their sows, and in the fact that their prosciutto is an original Dalmatian product, through and through.

The father, Petar, is the main chef in the well-known restaurant ‘Knez’. He is also an economist, and a lecturer at Split university, as well as an active member of tourism associations both on the local and national level.

He hails from a family of restaurant owners but also cooperates with the local secondary school in Omiš so that many future chefs in the area start their vocational training under his tutorship.

“Our guests keep coming back mostly because of the food and family atmosphere. All of them are familiarised with the concept of sustainability, as well as with our label of ‘eco-family hotel’,” Petar told EURACTIV.

“I will never forget one of our guests from France, who tried our home-grown tomatoes and then shouted: ‘I have not felt this taste for the last 65 years!’. Our Danish guests come several times a year, just for the food,” the owner explained, adding that his hotel employs mostly local people, some of which have been working there for over 30 years.

Energy-wise, the hotel is 100% self-sufficient. Solar-power stations of 24 KW have been installed on the rooftop. With the help of Split’s Faculty of Electrotechnics, the owners have also patented a “heat lift”, which maintains the hotel’s temperature with the help of the river, whose water is pushed by a patented pump into the hotel’s engine room. 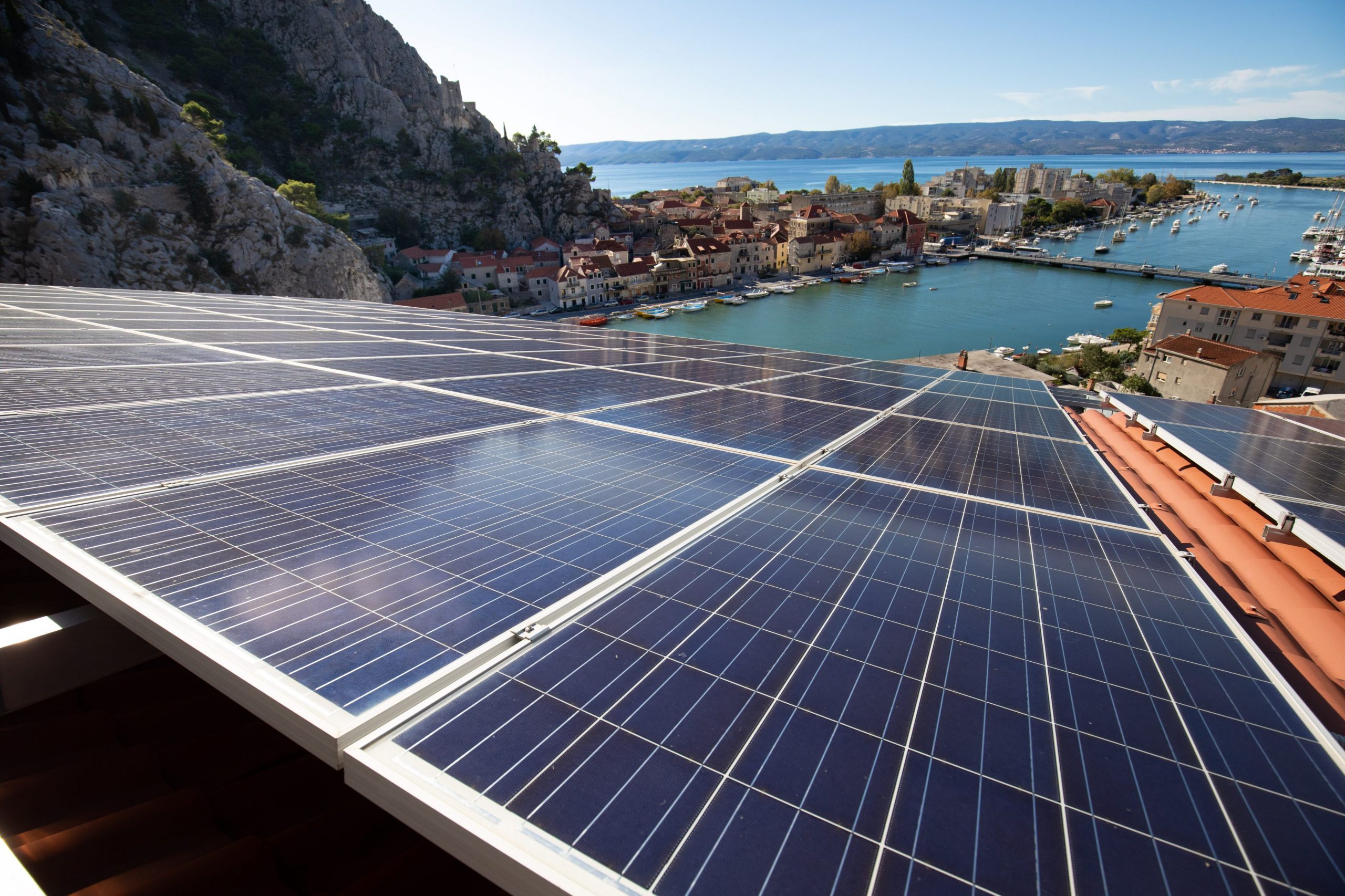 The hotel also has a system which recuperates heat from air conditioners and uses it to heat running water.

Matej, the youngest of four sons, explained to what extent ‘family’ is the operative term in Villa Dvor. An excellent cook, he often helps his father in the kitchen but he also works on the front-desk and carries luggage for guests.

His mother Marija, known for her delicious pastries, is in charge of breakfasts. The oldest son, Stipe, has taken after his father with his knack for innovation, while another son, Ante, is in charge of sales.

It is a smooth operation but their beginnings were very challenging, not least because of a lack of proper support from the authorities.

It has been a long journey from purchasing a building constructed in 1937 during a public auction 20 years ago, after no one else showed any interest, to a well-groomed family business.

The concept of sustainability, Petar says, has been a part of his outlook on life since his early childhood due to his rural upbringing, where nothing goes to waste and which he chose to pass down to the rest of the family.

However, Villa Dvor is one of the very few authentic examples of sustainable tourism in Croatia, even though the term is frequently used in all strategic documents and action plans for the country’s economic mainstay.

Tourism generates almost 20% of the newest EU member’s GDP but is still based mostly on mass tourism hotels, many of them built during communism, and private accommodation, and there have been few concrete plans to move towards sustainable family-style establishments.

In practice, it is up to those who provide accommodation to decide how, and how much, they wish to adjust to the guidelines for sustainable tourism. Many complain that a number of points in the guidelines are very pricy and overly complicated.

“For me, the biggest problem is the huge loans entrepreneurs have to take to start such a business. When you’re indebted, you cannot afford to devote your time to long-term considerations, you direct your business to where the return on investment is the quickest,” said Petar Ćurlin.

For private hoteliers in remote, rural locations, or those on Croatia’s numerous islands, another major challenge is the very limited options for procurement and waste management.

And after going to all that trouble to be ‘sustainable’, most of them wonder whether they can turn any profit at all if they run a sustainable business.

“Hotels such as Villa Dvor can be profitable if they manage to reach a particular niche of guests who are willing to pay ‘a few extra cents’ for accommodation in sustainable objects. There are definitely interested clients on the market, but they mostly come from abroad,“ said Neda Telišman-Košuta from Croatia’s Institute for Tourism.

“Given that Croatia is notoriously bad at implementing its own strategies, we have unfortunately reached a point where the term ‘sustainable tourism’ mostly means empty promises. It is seen in the documents, but not in real life,“ she added while emphasizing the importance of balance between the three pillars of sustainability; economy, society and environment.

“To keep the economy sustainable, social and environmental components usually suffer. It is a global phenomenon, the most obvious example of which is climate change,” said Telišman-Košuta.

She explained that Croatian tourism is guided by economic indicators, like arrivals, overnight stays, and consumption, amid pressure to reach ever-higher levels every season, at the expense of the environment.

The biggest challenge for Croatian tourism, according to her, is in how it takes up space.

“Tourism aggressively destroys the environment, but only if it is allowed to do so. It tends to gravitate towards locations which are attractive because of their natural beauty. At the same time, paradoxically, it destroys such locations if the basic standards are not respected.“ said Telišman-Košuta, adding that other Mediterranean countries experience the same issue.

However, one of the most painful problems Croatia is experiencing regards unregulated building in so-called ‘construction zones’, which usually do not conform with local infrastructure requirements and capacities.

“With accommodation units rapidly growing, we have to ask ourselves if we have enough water, electricity, sewage and parking spaces for the added demand during the peak season.“ Telišman-Košuta warned.

How can this problem be fixed? According to the tourism expert, it is very hard.

“It has to start from the state and its policies. As tax reforms are a very unpopular tool, especially in Croatia, where renting has been encouraged as a form of social policy, no one is interested in tackling the issue,” said Telišman-Košuta.

But she still thinks that there is are grounds for cautious optimism, because “trends are changing” and “clients are increasingly oriented towards sustainability”.

Petar Ćurlin concurs, estimating that environment-conscious guests now account for around 5% of all tourists, but that could grow to as much as 30-40% in the next 15 years.

“This global pandemic has been very bad, but one of its useful effects is that people are now more aware that living with nature, and in nature, brings progress. I think we shall see a big shift of consciousness,” he said.