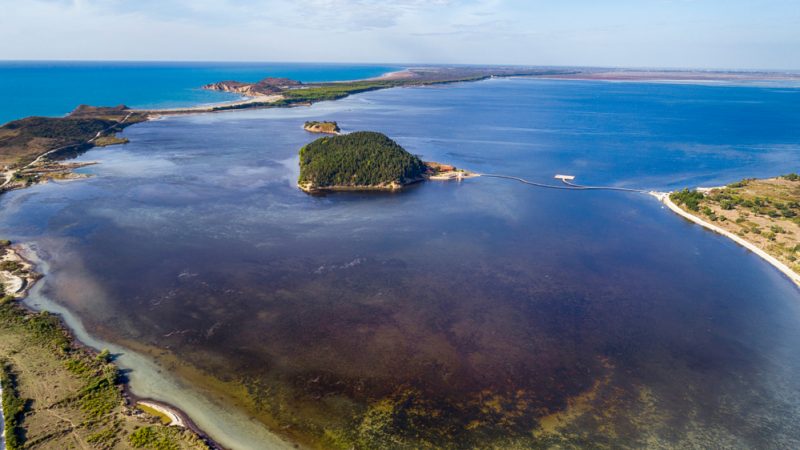 Near Narta, Albania where a thermal gas power plant will soon come to life following investment from the US. Photo: Shutterstock, Todor Stoyanov

Albania could be a key player in Europe’s gas sector as US company Excelerate Energy Inc plans to use it as a way to deliver natural gas and natural gas products to the rest of the region, as the country also looks at increasing interconnectors amid the global energy crisis.

But the plan might not sit well with environmental organisations who recently called on the European Commission and regional governments to avoid gas, and invest in renewable energy such as solar and wind.

The company will provide floating power plants to Albania, allowing it to generate electricity, boost production, and increase exports. In addition, the company is working with Exxon Mobil Corp to construct an LNG-to-power project in Vlora.

Excelerate’s CEO Steve Kobos said he hopes to use the Vlora LNG project to expand into other countries in the region.

“It’s a good power project for Albania,” Kobos said about the floating plants deal to Bloomberg. “Obviously we hope it will lead to the opportunity to deliver natural gas and sell natural gas into Europe from that access.”

Albania is currently reliant on hydropower and the import of fossil fuel power. Other countries in the region are reliant predominantly on coal. There has been a call from the environmentally conscious to move towards wind and solar, rather than using fossil gas as an alternative or transition energy.

Meanwhile, Europe is trying to diversify its natural gas sources to reduce reliance on Russia. It has also moved to ban Russian coal, and a ban on Russian oil could be included in the sixth sanctions package.

Albania signed an agreement with ExxonMobil and Excelerate Energy to turn the Vlora thermal power plant into a terminal for liquified natural gas in March 2021. 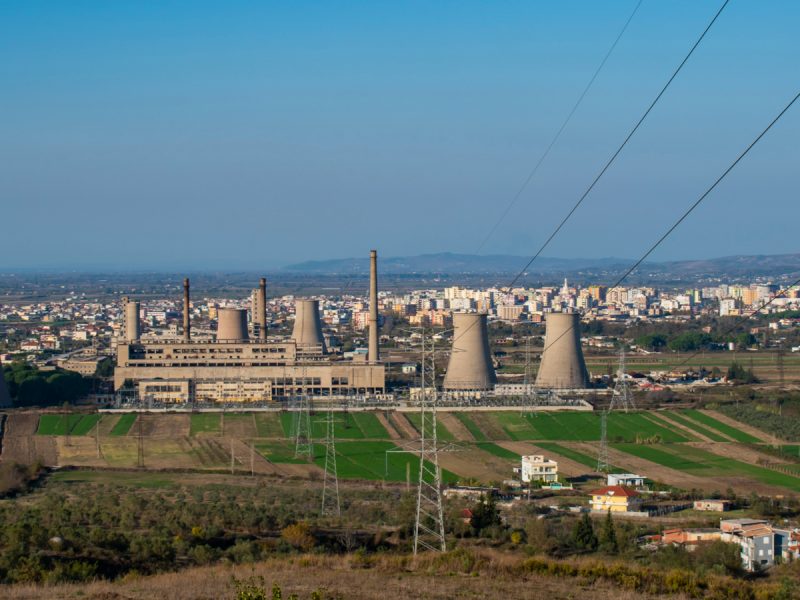 Albania’s state-owned electricity-producing company is planning to lease a thermal power plant from a third party in the hopes of combatting the energy emergency declared back in October.

At the time, energy minister Belinda Balluku stressed the need for Albania and the Balkan region to diversify and enhance energy supplies.

“We are confident that LNG can be the key to achieving these strategic objectives and to finally provide a solution to the complex Vlora TPP project by choosing the best partners, equipped to deliver a project of such magnitude,” she added.

The representative of the American company said that “the project should bring transformation in Albania, but also in the region”.

“As Albania looks to improve energy security and resiliency, we are confident that an LNG solution would provide reliability to the country’s power grid while complementing intermittent renewables and alternative resources,” stated Kobos back then.

In early 2022, Albanian Power Corporation (KESH), which operates the country’s main hydropower plants, announced the call for expression of interest for the technical and economic opportunities for leasing a thermal power generation asset that can be easily integrated into the country’s transmission grid.

The call states that the entity wants to lease the facility for one to three years. The third-party should also provide maintenance and operation services for the duration of the contract and in line with the requirements of KESH. Requirements include operating on light and heavy fuel oil.

It must also be “fit to be deployed” near Vlora’s existing thermal power plant so it can easily use the existing interconnection infrastructure.

The Narta Power Plant sits in Vlora on one of the region’s most pristine beaches in the vicinity of a protected area. Since its construction and completion in 2005, it has not generated a single watt of power and has been plagued by issues with its cooling system.

Meanwhile, preparations are underway to reconstruct energy connectors between Albania and Montenegro, and a separate project is being developed for a new power line with Kosovo.

The Albanian Energy Regulatory Authority (ERE) announced that while a current project between Albania and North Macedonia with a capacity of 400kV is already under construction, it plans to develop a secondary 110kV interconnector with Kosovo and another 110kV with Montenegro.

Currently, there is a link between Vau i Dejes in north Albania and the Montenegrin capital of Podgorica, with a capacity of 278MVA. However, the line was built in the early 70s and needs reconstruction. As Albania plans to build more hydropower plants in the north and plans gas projects in the south, the interconnectors could be put to good use.

The other planned line will connect Bajram Curri HPP substation and Kukes with Kosovo. 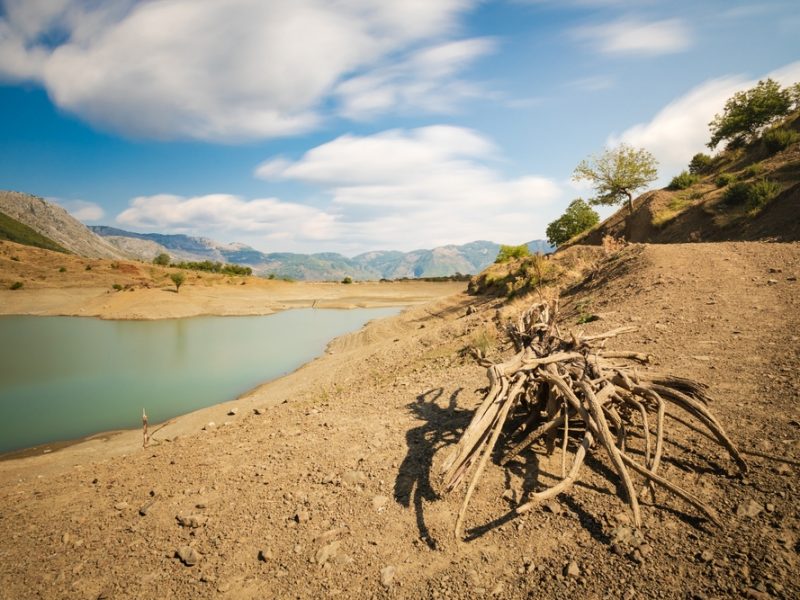 A potential water shortage in critical reservoirs is one of the latest issues to face Albania amid the ongoing energy crisis. Water reserves in the north of the country that supplies the main hydropower plants are reported to be dangerously …

Albania currently generates almost 100% hydropower. However, with no storage capacity, the power is sold to other countries during the primary months of production in the spring and early summer. This means Albania must buy fossil fuel energy in the winter to cover public demand.

The government keeps issuing hydropower plants permits, despite constant warnings that climate change and rising temperatures mean it is no longer sustainable. Currently, due to changing weather patterns and decades of mismanagement, lakes used for hydropower in the north of the country are running at limited capacity and experiencing dwindling water levels, threatening the already precarious energy situation.

But the use of gas has also been frowned upon. The region is currently not dependent on gas in any significant way, and many would like to keep it that way.

Recently, a group of local and European environmental organisations called on the European Commission to stop funding fossil gas projects in the region as it would risk locking them into non-renewable energy for decades to come. 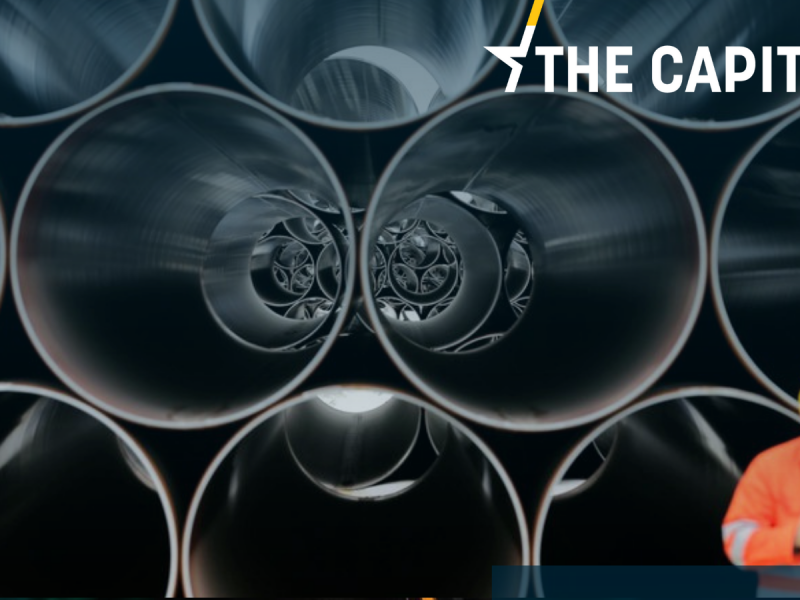 The European Commission should stop supporting and funding fossil gas projects in the Western Balkans and instead focus on sustainable energy, a group of civil society organisations from the region has said.

As the war in Ukraine rages on, sending gas prices soaring, …