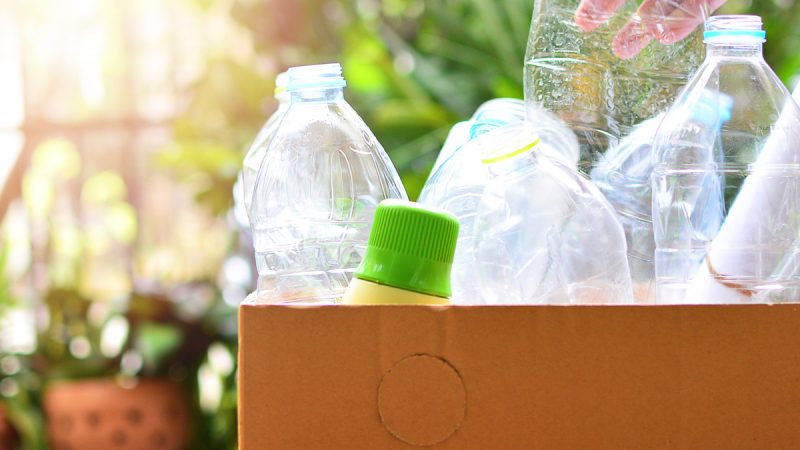 Only 10% of all plastic created has been recycled, according to a 2021 study. [shutterstock/ITTIGallery]

International brands including Coca Cola and PepsiCo called on Monday (17 January) for a global pact to combat plastic pollution that includes cuts in plastic production, a key growth area for the oil industry.

World officials will meet at a United Nations Environment Assembly conference (UNEA 5.2) later this year to negotiate a treaty to tackle a plastic waste crisis that is choking landfills, despoiling oceans and killing wildlife.

It remains unclear whether any deal will focus on waste management and recycling or take tougher steps such as curbing new plastic production, a move that would likely face resistance from big oil and chemical firms and major plastic-producing countries like the United States.

The more than 70 signatories to Monday’s joint statement include consumer goods companies like Unilever and Nestlé, which sell a myriad of products in single-use plastic from shampoo to chocolate bars and retailer Walmart and French bank BNP Paribas.

“We are at a critical point in time to establish an ambitious UN treaty,” the statement said, noting that any deal should “reduce virgin plastic production and use.”

“UNEA 5.2 is the decisive, most auspicious moment to turn the tide on the global plastic pollution crisis. We cannot afford to miss it,” the statement said.

Less than 10% of all the plastic ever made has been recycled, and a Reuters investigation last year revealed that new recycling technologies touted by the plastics industry have struggled to combat the problem.

Meanwhile, the production of plastic, which is derived from oil and gas, is projected to double within 20 years. This is a key source of future revenue for energy majors, as demand for fossil fuels wanes with the rise of renewable energy and electric vehicles.

While scaling-up global recycling is critical to tackling plastic waste, these efforts will not prevent plastic pollution from continuing to skyrocket without constraints on production, a landmark 2020 study by Pew Charitable Trusts found.

As pressure mounts on firms that sell products in hard-to-recycle plastic to tackle the resulting waste, some have teamed up with cement makers to burn plastic waste as a cheap fuel in the developing world, a Reuters investigation found last year.