Aerial view of the Thyssenkrupp Steel factory in Duisburg, Germany. The site plans to convert to green hydrogen for steel production, in replacement of fossil fuels. [© thyssenkrupp Steel Europe]

“Several options are being considered” for the EU’s carbon border adjustment mechanism (CBAM), which will impose a carbon price on imported goods coming into the European Union, said Mette Koefoed Quinn, a senior official at the Commission’s climate directorate.

But none of them include free CO2 allowances for industries covered by the new carbon border charge, which may include steelmaking alongside other industries like power generation, cement, aluminium or fertilisers.

“This has been clearly stated by the Commission: we do not see that the two instruments are compatible at the same time. It would be a double funding and it would not be WTO-compatible,” said Koefoed Quinn, who spoke at a EURACTIV event on Tuesday (23 March).

The EU’s upcoming carbon border levy seeks to address the risk of “carbon leakage” whereby companies relocate manufacturing or investments outside of Europe where pollution costs are lower. And that risk is currently “well addressed” by free allocations under the ETS, Koefoed Quinn said, ruling out additional compensation for steelmakers.

Free CO2 credits also “blur the price signal” that the carbon market would normally give to steelmakers, thereby removing incentives for industry to invest in low-carbon steel production, she remarked.

“And by taking away free allocations, we would have a clearer price signal from the ETS,” she told participants at the event, which was supported by Mitsubishi Heavy Industries.

The policy, if confirmed, puts the EU executive on a collision course with the European Parliament. In a vote earlier this month, EU lawmakers voted to retain free CO2 quotas for heavy industries like cement, steel and chemicals, even as the bloc prepares to replace the scheme with a carbon levy at its border.

Steelmakers insist they must continue to receive free CO2 credits under the ETS at the same time as the carbon border levy is being introduced.

“When it comes to steelmaking, what is at stake is not profit, it’s more survival,” said Alexander Fleischanderl, head of environmental solutions at Primetals Technologies, an engineering and plant construction company based in London.

Thyssenkrupp Steel, the German steelmaker, has laid out plans to become climate neutral by 2050, saying it will rely on green hydrogen to replace pulverised coal in the company’s blast furnaces as a way to reduce iron ore.

“We plan to produce about 3 million tonnes of green steel already by 2030,” said Erika Mink-Zaghloul, head of government and regulatory affairs at the German company.

“But this of course is very costly,” she added, warning that “under current conditions, we do not have a business case” to invest in hydrogen-based steel production.

The investment needs are indeed massive. Transforming the steel sector to a hydrogen-based industry would require about €1 billion of capital expenditure for each one million tonnes of steel produced, Fleischanderl said. “In Europe, we currently produce around 160 million tonnes of steel each year so you can imagine what it takes,” he said.

To finance those investments, Mink-Zaghloul said, free ETS credits must continue. And if that is not possible, other funding mechanisms must but put in place, otherwise the investments simply won’t happen.

“Right now, we are at a critical juncture,” Mink-Zaghloul said. “We actually have to decide by the end of this year whether we’re going to put €1 billon on the table” to start producing green steel based on clean hydrogen.

But by the time the CBAM is fully operational, the price of CO2 allowances on the EU carbon market will have increased, she pointed out, warning this will push up steelmakers’ operating costs and undermine their ability to invest in cleaner production processes.

“If we lose free allocations on the one side, we need to see what mechanism can be put in place to compensate elsewhere,” Mink-Zaghloul said. “At the end of the day, it’s left pocket-right pocket: we cannot afford such a dramatic increase in operating cost” in addition to the investments already required by the transition to low-carbon steel production, she warned.

“So we need a regulatory framework to bridge the transition from the carbon economy to the hydrogen economy,” she said, adding that the steel industry has “a relatively short window of opportunity” to plan those investments, which are typically made over a 25-year period. 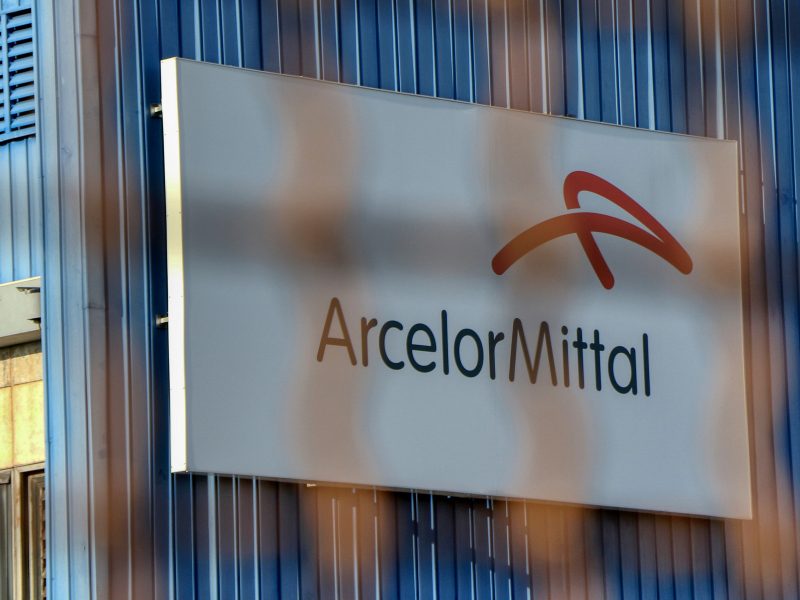 Europe’s largest steelmaker, ArcelorMittal, unveiled plans on Thursday (24 June) to reach carbon neutrality in the EU by 2050, insisting however that success will depend on public support and incentives, including a carbon border tax.

These transition issues are acknowledged by the European Commission. “We are looking at different ways of introducing the carbon border adjustment mechanism. And indeed there might also be a need for a transition phase, and we’re looking at how that could be done,” Koefoed Quinn said, without elaborating further.

Sirpa Pietikainen, a Finnish centre-right MEP, spoke of a potential “transition period” of five years when the CBAM would be phased in while free allocations are gradually eliminated. This echoes suggestions by her French colleague Pascal Canfin, who chairs the European Parliament’s environment committee.

But WTO compatibility is also a clear red line that would be crossed if steelmakers were to receive double compensation under the ETS, Pietikainen warned.

Mink-Zaghloul said everyone agrees about the need to respect WTO rules. “But at the same time, we need to find a solution whereby we can grow in Europe, continue our business here, and be part of the green transformation”.

“That’s the dilemma we are in,” she said, calling on policymakers to sit down with industry to find a solution.

Koefoed Quinn admitted that carbon pricing alone will not be sufficient to bridge the gap and encourage industry to invest in zero-emission steel production.

“So, additional policies to support this are very much needed,” she added, citing wider EU programmes to support innovation, electrification, renewable energies and clean hydrogen production.

To step up investments in green technologies, the EU also has several funding mechanisms in place, such as the ETS innovation fund, the InvestEU programme, and the €750 billion EU recovery fund, the official pointed out.

The EU executive is also looking at “new instruments such as carbon contracts for difference,” she continued, saying those “could be a good complement” to ensure that industry makes investments into breakthrough technologies that are currently not profitable.

However, carbon contracts for difference are also “very, very expensive” because they cover operational costs for a number of years, which does not fit with the normal funding rules in place at the Commission, she cautioned.

Putting in place carbon contracts for difference would also require a definition for green steel, which is currently lacking, Fleischanderl remarked, saying the classification of green steel mirrors debates on hydrogen, which is labelled grey, green or blue, depending on how it is produced. 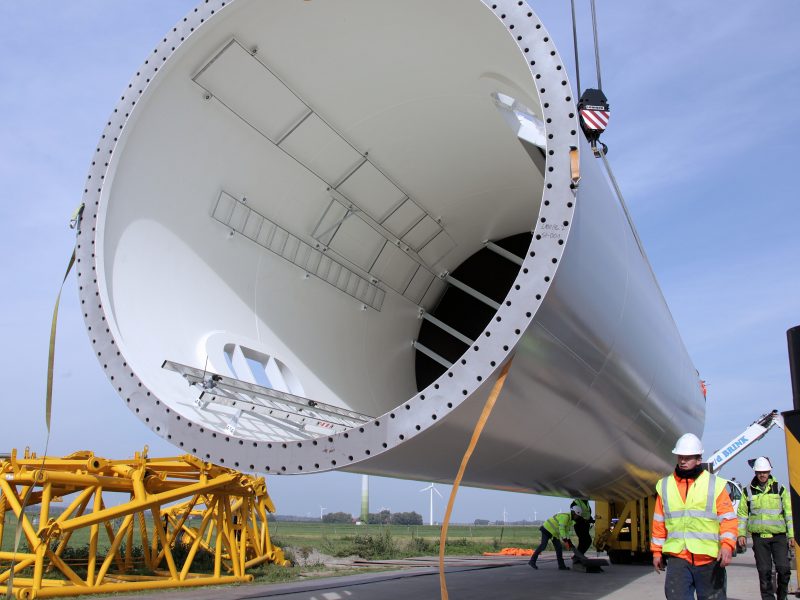 In the long-term though, everyone agrees green hydrogen is the best solution available for the steel industry.

“I would go directly to fully green and renewable hydrogen at the largest scale possible” instead of “halfway solutions” such as fossil hydrogen with carbon capture and storage, said Pietikainen. And if that happens, “it should be really short term,” she added.

Another question is whether Europe’s tiny green hydrogen production capacity should be reserved in priority for use in industries like steelmaking or chemicals, which currently do not have alternatives to decarbonise at scale.

“We should prioritise those sectors and applications where we get the biggest bang for the buck,” said Mink-Zaghloul. And steel has the highest potential for CO2 reduction from hydrogen use, she pointed out, citing figures showing that every tonne of green hydrogen can abate 26 tonnes of CO2 from steel production, while the exchange rate is “about 6 to 7” for transport.

Max Åhman, a senior lecturer at Lund University in Sweden, said that in any case, most demand for hydrogen will come from big industrial sectors like chemicals and steelmaking

“It’s all about creating the right long-term conditions to make those huge and risky investments feasible under normal business conditions,” Åhman said. “And policy is a major risk factor”.

“One of the main things that is still lacking in the European policy mix is to create a clear market signal” for green steel after 2030, he said.

> Watch the full video of the EURACTIV virtual event below: