Hungarian environmentalists stage a protest in front of the parliament building in Budapest, 27 September 2019. [Photo: EPA-EFE/Zoltan Balogh HUNGARY OUT]

The new Green mayor of Budapest on Tuesday (5 November) added his city to the growing list of capitals to have declared climate emergencies. It is the first visible break with Viktor Orbán’s government, which still opposes an EU plan to go climate-neutral by 2050.

Gergely Karácsony, leader of green party Dialogue for Hungary, was elected mayor on 13 October, defeating incumbent István Tarlós, who was backed by the ruling Fidesz party. Karácsony was able to secure more than 50% of the vote by winning an opposition primary.

A Tuesday meeting of the city’s general assembly saw a number of measures proposed by Karácsony get the green light, including a ban on controversial building projects and staffing issues.

But the new mayor’s decision to enact a climate emergency and draw up a carbon neutrality plan were the headline announcement.

The proposal suggested by Karácsony says that “recognising that climate change presents a fundamental threat to people’s welfare, a peaceful society, and the living conditions of future generations, the General Assembly assesses that there is a climate emergency.”

Although largely symbolic in nature, the climate declaration was adopted by unanimous vote. The assembly will now take carbon emissions into account when making decisions and Karácsony will have to draft his carbon-neutral strategy for the city next year.

Fidesz lawmaker Zsolt Láng said during the assembly debate that he would not vote against the measure but cast doubt on whether “emergency” was the right term to use and insisted that the national government’s climate policy is working.

Hungary is one of only three EU countries that is still opposing a bloc-wide plan to go climate-neutral by 2050, along with the Czech Republic and Poland. A December summit has been touted by numerous EU officials as the moment of truth for the 2050 plan.

Viktor Orbán’s government actually announced in June that it would back the carbon neutrality goal but then backtracked at a summit later in the month, citing lack of time to properly assess the financial implications.

Hungary also closed ranks with its Visegrad partners in Prague and Warsaw when it emerged that it would not be the only country vetoing the plan in June. Poland in particular hopes to secure lucrative financing perks as part of its hold-out.

The Central European country’s initial support was predicated on EU backing for nuclear power, which is a major building block in Hungary’s energy mix. Twenty percent of its needs are sated by atom-smashing.

According to an internal letter sent to the European Investment Bank’s board of directors, seen by EURACTIV, the triple-A rated lender intends to keep nuclear power eligible for financing under a pending update of its energy policy.

“We propose to retain the eligibility of activities related to nuclear power facilities in the EU, including decommissioning, albeit with the most stringent criteria regarding technical, economic, environmental and safety standards,” the note reads.

However, the note also “recall(s) that we have not financed a new nuclear power facility since the early 1990s and that the only projects we financed since 2013 were two safety upgrades in Finland and Slovakia”.

The EIB is expected to vote on 14 November on the proposed energy lending update, the first draft of which suggested purging the bank’s loan books completely of fossil fuel projects. Subsequent rewrites have reintroduced exemptions for gas infrastructure. 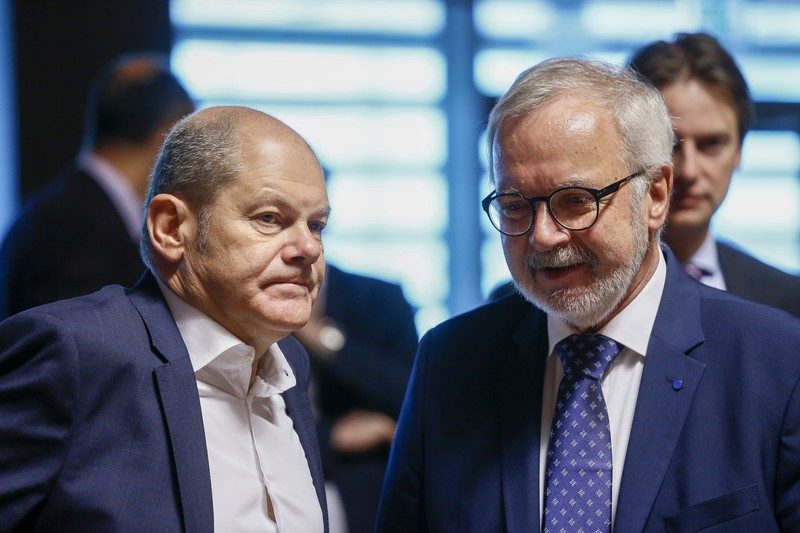