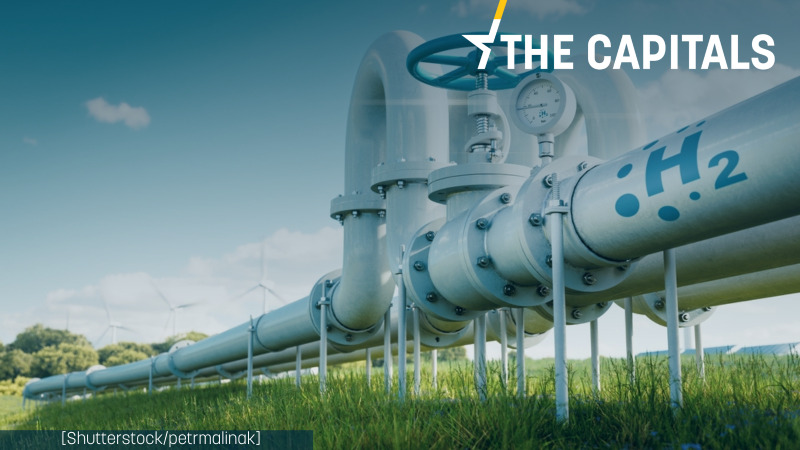 There is also a joint project to connect Sofia and Thessaloniki with a hydrogen pipeline. [Shutterstock/petrmalinak]

State company Bulgartransgaz is working on several projects to connect hydrogen networks between Bulgaria and Greece, explained Executive Director of Bulgartransgaz Vladimir Malinov during the Sofia Economic Forum III, adding that it is necessary for energy security.

Malinov added that he would be in Athens next week for further discussions. According to him, the requirement is to have at least 5% connectivity by 1 January 2025, but more ambitious goals have been set to achieve 10-15%.

There is also a joint project to connect Sofia and Thessaloniki with a hydrogen pipeline.

“Starting now, there will be a transition to hydrogen, which is not a competitor but, instead, a supplement to gas,” the head of Bulgartransgaz said. He added that, over time, the ratio of green hydrogen to natural gas would rise.

As for the diversification of natural gas sources, the foundations have been laid with the decision to make the first investment of a state company outside the territory of Bulgaria with the 20% share of Bulgartransgaz in a liquefied gas terminal.

Located in the Greek city of Alexandroupolis, Malinov is convinced that the liquefied natural gas terminal will be ready for operation no later than 1 January 2024 and will give Bulgaria a different source and competitive price.

The terminal will be connected to Greece’s gas transmission network via a 28-kilometre pipeline. Through existing routes, the gas will be able to reach Bulgaria, Serbia, and North Macedonia.

The other project for expanding the underground gas storage in Chiren, Bulgaria, will serve not only Bulgaria but also the countries in the region. The expansion and investment in the liquefied natural gas terminal will give greater stability to the market, Malinov said.