By Krassen Nikolov | EURACTIV.bg and EURACTIV.com with Reuters 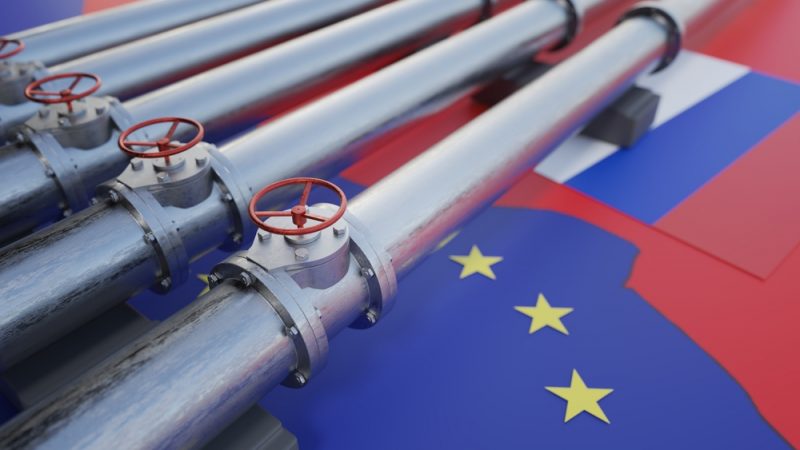 “The talks will continue tomorrow, on Tuesday too, a meeting of the leaders may be needed to conclude them. Our position is very clear. If there be a derogation for some of the countries, we want to get a derogation too,” Vassilev told national BNT television. [Shutterstock/vchal]

Bulgaria has threatened not to support European Union’s new set of sanctions against Russia if the Balkan country does not get a derogation from the proposed ban on buying Russian oil, Deputy Prime Minister Assen Vassilev said late on Sunday.

European Union governments moved closer on Sunday towards agreeing on tough sanctions against Russia over its invasion of Ukraine but scheduled more talks for Monday to work out how to ensure countries most dependent on Russian energy can cope.

“The talks will continue tomorrow, on Tuesday too, a meeting of the leaders may be needed to conclude them. Our position is very clear. If there be a derogation for some of the countries, we want to get a derogation too,” Vassilev told national BNT television.

“If not, we will not support the sanctions. But I do not expect to get to that, based on the talks at the moment,” he said.

Landlocked Hungary, Slovakia and the Czech Republic, which all depend heavily on Russian crude delivered via Soviet-era pipelines, face a challenge to secure alternative sources and have asked for a derogation from the ban. Bulgaria has also requested a derogation.

The European Commission proposed changes on Friday to its initial planned embargo on Russian oil to give the three countries more time to shift their energy supplies, while Bulgaria was not offered concessions, EU sources said.

Despite asking to be excluded from the general oil embargo, the country has not been offered any concessions, and there is no official response from the Commission, authorities say.

“Talks continue. The Bulgarian government has decided to do everything possible (to avoid the embargo),” Ribarski told bTV on Saturday (7 May). He said that the same arguments should apply to Bulgaria as to Hungary and Slovakia, as the Burgas refinery could not operate entirely without Russian oil.

“At the moment, we are adamant that we will fight to the last,” Ribarski said.

The Chairman of the National Assembly’s energy committee did not comment on the possible negatives of such an embargo on Bulgaria. He said that at the moment, “we are concentrating on the positives.”

The European Commission is expected to give Bulgaria an answer by the end of next week.

The Bulgarian oil refinery in the Black Sea city of Burgas, the largest refinery in the Balkans, is owned by the Russian oil corporation Lukoil. The company is the largest employer in the region, and shutting down refineries would cause serious social problems in Bulgaria’s fourth-largest city and rising fuel prices in the EU’s poorest country.

The state’s representative at the refinery says the plant could be shut down if the European Commission’s proposal is accepted. If the embargo is partial and at least 10% of Russian fuel is supplied, the refinery will be able to continue operating.

The refinery currently operates with 50% Russian oil and 50% imports from the Middle East. Shutting down the refinery means Bulgaria would need to import ready-made fuels. According to the executive director of the Bulgarian Oil and Gas Association, Andrey Delchev, this is possible but will increase fuel costs.

New meeting of EU ambassadors on 10 May

Meanwhile, talks on an EU oil embargo against Russia as part of the sixth package of sanctions have so far reached a deadlock.

The initial goal was for the sixth package of sanctions to enter into force on 9 May.

The Permanent Representatives of EU member states (COREPER) will meet again on 10 May, with sources from the French EU Council Presidency saying that significant progress has been made on most of the sanctions and talks will continue at all levels.

The same sources explained that the countries remain united regarding the sixth package in principle. Still, more work is needed to provide guarantees to countries currently in a particular situation concerning the supply of Russian oil via pipelines.