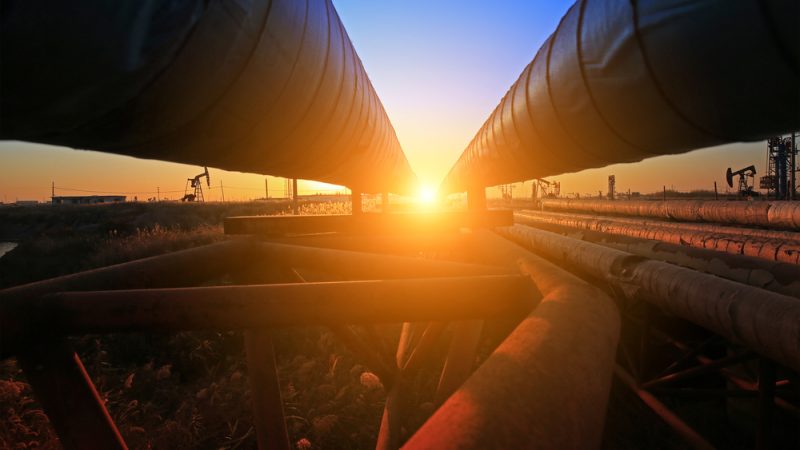 The gas connection is vital for Bulgaria because it has the potential to ensure full diversification of gas supplies to the country. The pipeline could also benefit Romania by increasing its capacity to five billion cubic metres (bcm). [Shutterstock/pan demin]

The Bulgarian-Greek gas connection in Stara Zagora, which is already connected with the national gas transmission network of the Bulgarian state-owned company Bulgartransgaz, has successfully passed the pneumatic tests for strength, tightness and gas metering, ICGB, the company working on the project, announced on Monday.

Some activities related to the pipeline’s construction are still ongoing.

The gas connection is vital for Bulgaria because it has the potential to ensure full diversification of gas supplies to the country. The pipeline could also benefit Romania by increasing its capacity to five billion cubic metres (bcm). The EU-supported pipeline was expected to break the monopoly of Russian gas on the Bulgarian market. After the Russian invasion of Ukraine, Russian gas supplies to Bulgaria were stopped.

The Gas Interconnector between Greece and Bulgaria is in line with the joint EU strategy for market-based security of supply. It is linked to the Southern Gas Corridor, a European Commission-supported initiative that aims to reduce Europe’s dependency on Russian gas and add diverse energy supply sources.

At the end of last year, Azerbaijani President Ilham Aliyev expressed readiness for his country to export more significant quantities of gas to Bulgaria than the one bcm per year of the current contract. The Azerbaijani gas will come to Bulgaria via this pipeline.

It was announced now that the gas metering station in Stara Zagora would be completed by the end of this month.

The linear part of the project is fully completed. In the first half of May, an in-pipe inspection was completed along the entire length of the gas pipeline.

Functional tests of the station are to be carried out, including real quantities of gas, which is among the mandatory requirements before confirming technical readiness for operation. In June, this process should be repeated at the gas metering station near the Greek city of Komotini.

All efforts remain focused on completing construction activities as soon as possible and performing tests with actual quantities of gas along the entire pipeline route given the growing need to ensure secure and diverse supply solutions for gas for Bulgaria and the region.

On Bulgarian territory, the gas pipeline from Komotini to Stara Zagora is already connected successfully with the national gas transmission network of Bulgartransgaz. The section from the connection point with the Bulgarian operator to the respective crane node of the interconnector is already filled with gas.