By Sandra Laville | EURACTIV.com in partnership with The Guardian 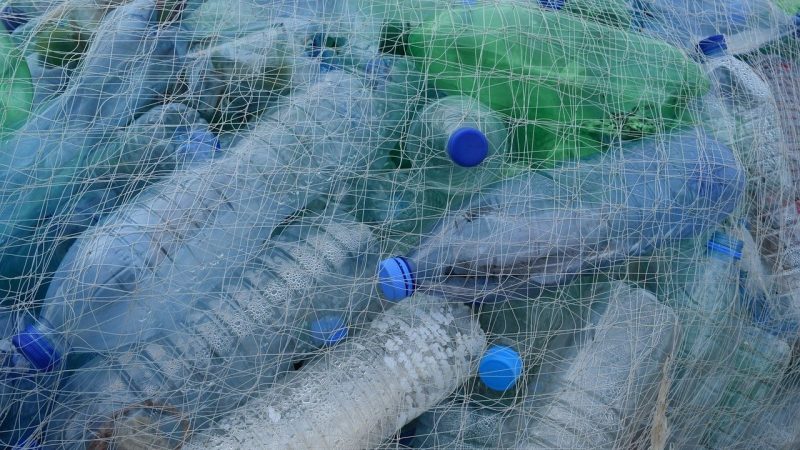 Despite the worsening problem of plastic pollution in the world’s oceans and on land, 368m tonnes of new or ‘virgin’ plastic was produced globally in 2019 [Matthew Gollop / Pixabay]

A binding global treaty is needed to phase out the production of “virgin” or new plastic by 2040, scientists have said. EURACTIV’s media partner, The Guardian, reports.

The solution to the blight of plastic pollution in the oceans and on land would be a worldwide agreement on limits and controls, they say in a special report in the journal Science.

Since the 1950s about eight billion tonnes of plastic have been produced. The effects are everywhere. One of the report’s authors, Nils Simon, said: “Plastics are ubiquitously found in increasing amounts worldwide, including in terrestrial environments and even inside the human body.”

The authors say the very properties that have made plastic an apparently essential modern material also make it a serious environmental threat.

Science senior editor Jesse Smith, writes: “As for much new technology, their development and proliferation occurred with little consideration for their impacts, but now it’s impossible to deny their dark side as we confront a rapidly growing plastic pollution problem.

“The time for preventing plastic pollution is long past – the time for changing the future of plastics in our world, however, is now.”

The report calls for a new global treaty “to cover the entire lifecycle of plastics, from the extraction of the raw materials needed for its manufacture to its legacy pollution”.

The largest proportion of plastic waste comes from packaging materials (47%), while textiles are responsible for 14% and transport 6%.

Each year, 3% of worldwide plastic waste ends up in the oceans; in 2010, that amounted to about 8m tonnes of plastic.

Yet plastic production has continued to increase. In 2019, 368 million tonnes of newly made, or virgin, plastics were produced. By 2050, the production of new plastic from fossil fuels could consume 10-13% of the remaining global carbon budget permissible to ensure temperatures rise to no more than 1.5C above pre-industrial levels as required by the Paris climate agreement.

Simon calls for a binding global treaty to:

“Plastic pollution poses a considerable, even though not yet fully understood, threat to the environment, species, and habitats, as well as to cultural heritage,” said Simon. “Its social impacts include harm to human health, in particular among vulnerable communities, and it comes with substantial economic costs affecting especially regions depending on tourism.

“Addressing these challenges requires a transformative approach that facilitates measures to reduce production of virgin plastic materials and includes equitable steps toward a safe and circular economy for plastics.”

Cleaning up the vast plastic waste footprint spread across the world requires the targeting of clogged waterways, drains and sewers in many developing countries that do not have rubbish collection services and where creating and boosting waste management services would be necessary. Producers of plastic would also be required to contribute to help fund clean-ups in some countries.

The impact of plastic pollution on the environment could trigger negative impacts which are irreversible, the report’s authors warned.

Matthew MacLeod and his colleagues warned the plastic pollution of the oceans and land is at a rate that cannot be tackled by any cleanup, particularly when it affects remote areas. What is required is curtailing the emissions of plastic to the environment as rapidly and comprehensively as possible, they say.

A report by the NGO Tearfund last year revealed that just four companies, Coca-Cola, PepsiCo, Nestlé and Unilever were responsible for more than half a million tonnes of plastic pollution in six developing countries each year, enough to cover 83 football pitches every day.

Report authors Sarah Kakadellis and Gloria Rosetto say plastic waste is poorly managed and that by 2050 as much as 12,000m tonnes of it is likely to have accumulated in landfills or the natural environment.

The scandals of plastic waste exports to developing countries were one example of the failure of mechanical recycling as an answer to the plastic pollution problem, said Kakadellis and Rosetto.

“Technology alone will not and cannot solve the plastic pollution crisis,” said the authors. “No silver-bullet solution exists for the multifaceted nature of plastic pollution. The answer instead lies in a blend of approaches … from a strong regulatory framework and the investment in effective waste collection and management infrastructure to the development of polymer chemistries, life-cycle design, and consumer behaviour.”