The first so-called Trade and Sustainable Development chapter (TSD) was adopted as part of the EU-South Korea Free Trade Agreement in 2011. [Shutterstock]

As Europe embarks on a new round of trade talks with Japan, Australia, New Zealand and Mercosur, calls are growing for the EU to enforce environmental and social clauses in commercial agreements.

“Let me say once and for all: we are not naïve free traders,” said Jean-Claude Juncker in his annual State of the Union speech in the European Parliament last September.

“Trade is about exporting our standards, be they social or environmental standards, data protection or food safety requirements,” Juncker said, announcing a “new industrial policy strategy” that places innovation, digitisation and the decarbonisation of the economy at the centre of the EU’s trade agenda. 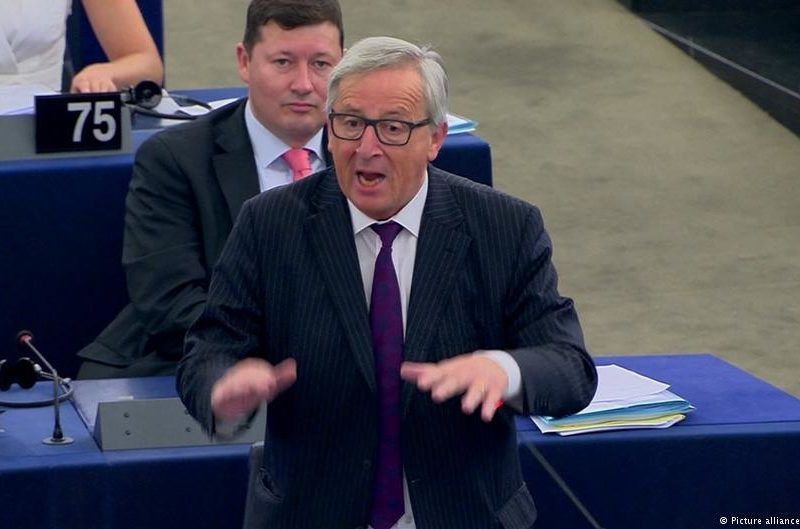 The debate has moved forward since then, based on a European Commission discussion paper published in July, which addresses the enforcement of the Sustainable Development chapters in the EU’s trade agreements.

The first so-called Trade and Sustainable Development chapter (TSD) was adopted as part of the EU-South Korea Free Trade Agreement in 2011.

The watchword here is enforcement. But how far should Europe go when it comes to slapping sanctions on countries found breaching the rules?

This is where the consensus ends.

For environmental NGOs, “non-compliance with sustainability and environment conditions must have consequences if they are to be taken seriously”. This means introducing a dispute settlement mechanism similar to the infamous tribunals that were once envisaged to protect the interests of private investors in the EU-Canada trade deal, CETA.

“Any violations of environmental protections in EU trade agreements should be subject to the same state-to-state dispute settlement as violations of the commercial clauses,” says a new study by sustainable transport group Transport & Environment (T&E), published on Tuesday (24 October).

“The new generation of EU trade agreements still exclude the use of state-to-state dispute settlement for the sustainable development chapters,” T&E said, calling on future deals to “make the liberalisation of trade conditional on all sustainability provisions being enforced and adhered to”.

In practice, this would mean adding environmental criteria such as greenhouse gas emissions, land use, water and air quality in the EU’s investigations for the imposition of anti-dumping duties, T&E said.

“There should also be a scorecard for the EU’s developing trade partners to ensure that they engage with and implement international environmental agreements such as the Paris climate agreement,” said Cécile Toubeau, trade director at T&E who co-authored the study.

Parts of industry will applaud such calls, like European steelmakers, who have repeatedly complained about dumped imports from China.

On the other end of the spectrum is BusinessEurope, the EU’s employer’s lobby, which also sees environmental and sustainability issues as a key priority in trade deals. But for the opposite reasons.

“Looking at ways to increase the effectiveness and implementation of trade and sustainable development chapters in free trade agreements is fine, as long as it does not hinder the EU’s negotiating leverage and engagement of trading partners,” said Emma Marcegaglia, President of BusinessEurope, during the tripartite social summit in Brussels last Wednesday (18 October).

“The EU should, therefore, put in place a system built on positive incentives rather than on negative sanctions,” Marcegaglia said, referring to newly-negotiated trade agreements, which now contain chapters on Trade and Sustainable Development (TSD).

While Germany, backed by the UK, has traditionally favoured an unbridled free-trade agenda, positions might be changing in light of the widespread public rejection of the EU’s free trade deal with Canada, and increasingly protectionist US policies.

In May, the trade ministers of Belgium, Finland, Luxembourg, Finland and the Netherlands  – traditionally seen as free-trade champions – sent a letter to EU commissioner Cecilia Malmström calling for “improving the implementation of TSD provisions” in EU trade policy.

France, for the time being, seems to be sitting somewhere in the middle, probably out of courtesy for German Chancellor Angela Merkel, who is in the midst of tricky government negotiations with the Liberals and Greens – two parties with radically opposite views on trade policy.

However, the long-held position in Paris is to support greater “reciprocity” in trade talks, including on environmental and labour standards.

Speaking at the conclusion of last week’s EU summit on Friday (20 October), French President Emmanuel Macron called for “a reform of European trade policy”, based on  the principles of “fairness and reciprocity,” a long-standing demand from Paris, which for many years has complained about the strength of the euro favouring Germany and penalising French exports. 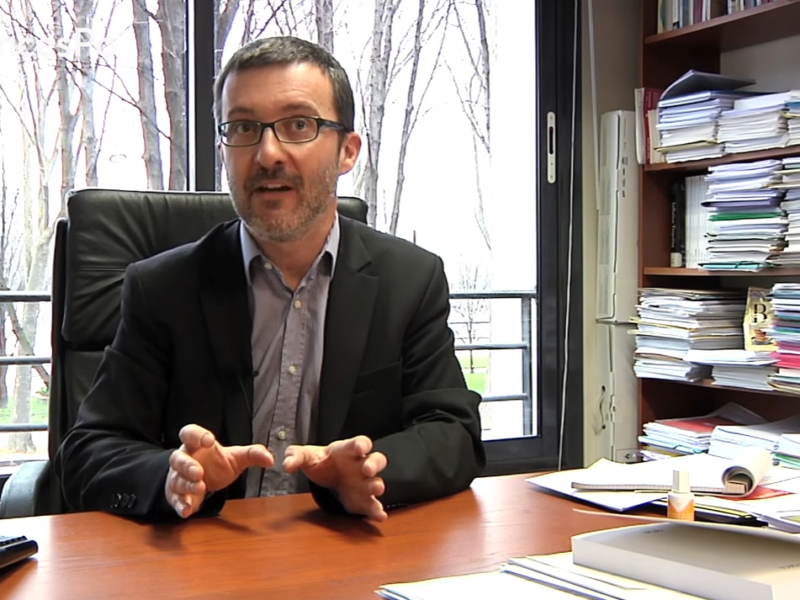 Macron is no different in this regard but he places the discussion in a different context than his predecessors, saying Europe is now confronted with a twin challenge on trade.

The “internal challenge”, he said, is to rebuild public trust in trade policy, which has been seriously eroded after the EU-Canada treaty debacle, while the “external challenge” is to pursue a “growth agenda” for Europe, “at a time when the United States is at an isolationist turning point”.

In this context, Macron insisted on increasing transparency in trade negotiations and on strengthening the enforcement aspects of trade deals.

“I will be very vigilant that in each of these agreements, the principle of reciprocity is upheld, so that our stronger and more stringent environmental standards are respected…and that our social criteria are also taken into account,” Macron said. 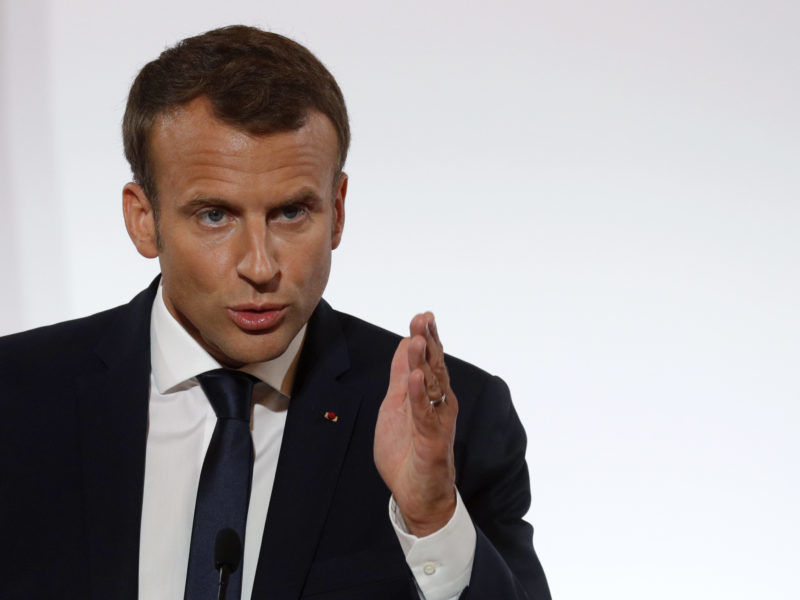 EU Trade Commissioner Cecilia Malmström, for her part, seems undecided at this stage. In a speech on 6 October, she said two scenarios were possible:

According to T&E, Malmström appeared to lean in favour of the lowest common denominator when she sought to dispel some “misunderstandings” on the sustainable development chapters of existing free trade agreements.

“Contrary to some opinions, the EU’s TSD chapters are both binding and subject to a dispute settlement mechanism,” the Swedish commissioner said in her October speech. By incorporating the conventions – such as those of the International Labour Organisation and Multilateral Environmental Agreements – the EU is “not only linked to the standards contained in these conventions, but also to their monitoring and enforcement mechanisms,” she stressed.

Multilateral bodies such as ILO and the UN indeed have established mechanisms to report on and follow the implementation of international conventions, Malmström underlined, adding that Europeans should take those into account “before re-inventing the wheel”.

“From a more pragmatic point of view, I think that the most fundamental issue is: what is actually working and what isn’t, and what tools do we need to address that?,” the Commissioner said.

Commission sources did not elaborate when asked by EURACTIV about the timetable for implementing changes to the TSD mecamism, although Brussels made no secret of its intention to conclude a trade deal with Mercosur by the end of the year.

More generally, the EU executive pointed to “the values of Europeans” that are already reflected in trade policy, including the respect for human rights, basic standards for the treatment of workers or care for the environment.

“Conditions included in our one-way preferential schemes for developing countries such as GSP help prevent violations of international standards,” it said, citing cases where the benefits of the scheme were withdrawn, as happened in the past for instance with Sri Lanka, Myanmar and Belarus.

“Environmental conditionality is part of our GSP+ scheme,” the Commission source explained, saying those are part of the EU’s “modern trade agreements that include legal guarantees” on the environment.

“Their Trade and Sustainable Development Chapters have a dedicated mechanism that follows a normal model of government consultations, a panel of independent experts, and publication of binding  report with recommendations. The system enables also interaction at all stages with experts e.g. in ILO and with the dedicated civil society groups.

“The provisions under the TSD chapter of the EU Trade agreements are fully enforceable,” the Commission source said.

While debate continues on changes to the TSD, French President Macron raised the pressure on the Commission to sanction dumping and unfair trade practices more “swiftly and emphatically” than in the past.

“We will have the opportunity in the coming weeks to have a broad discussion” on trade policy, Macron said. 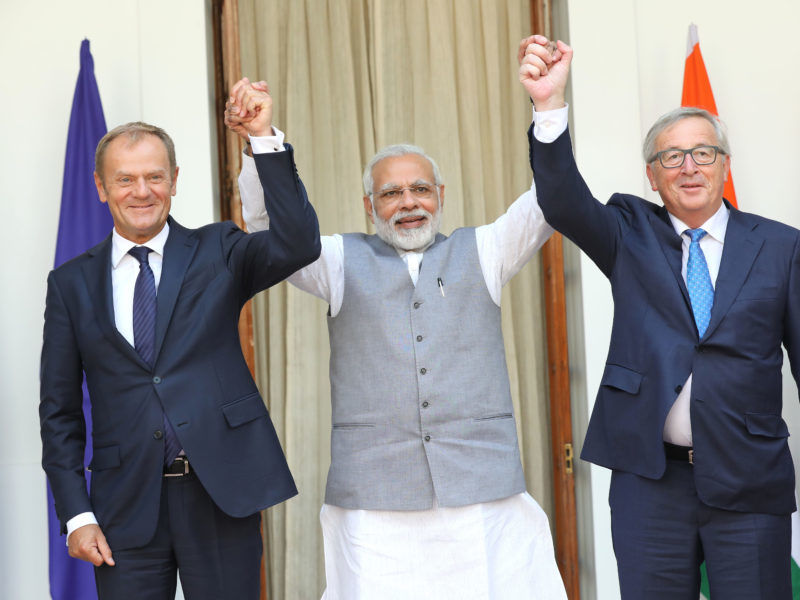