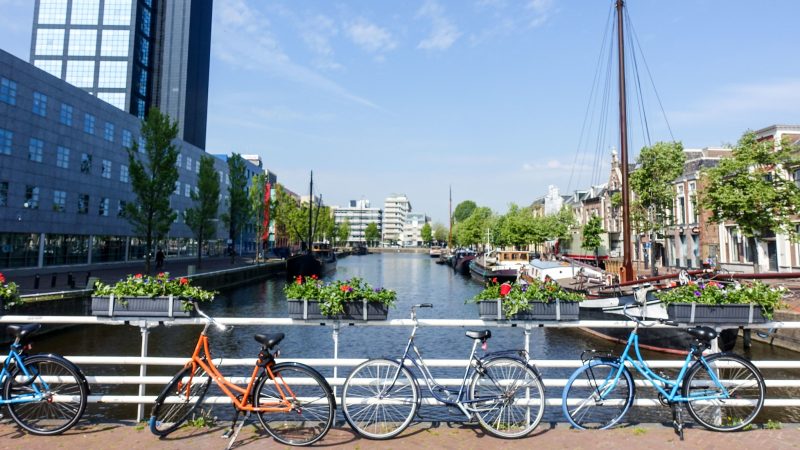 In the Netherlands, the city of Leeuwarden may be among those succeeding to shape a new reality for Europe’s rural areas. [jbdodane / Flickr]

Rural life across the EU is often viewed through postcards of dramatic scenery and picturesque villages, but for the 96 million Europeans who live in rural areas, the reality is often grimmer: a lack of public services, fewer job prospects, and an ageing population.

Climate change is adding to those woes, with droughts and soil degradation damaging agricultural land and natural areas that are key for biodiversity and meeting the EU’s climate goals.

In a recent poll, 75% of European farmers said that climate change has already impacted their daily work. So innovative solutions to address these issues and drive new business into rural communities is seen as essential to reversing the trend.

In her agenda for Europe, Ursula von der Leyen, the President of the European Commission, highlighted the need to support rural areas, saying EU regional funds had to go further.

“Too many bright young people are leaving to choose jobs and dreams in the city,” she told participants at a webinar in July.

In September, the European Commission launched a public consultation on its new initiative for a long-term vision for rural areas, due to be published in mid-2021. This Communication will support a debate at European level on the future of rural areas and the place they should have in our society.

Iratxe García Pérez, a Spanish lawmaker who leads the socialist and democrats (S&D) in the European Parliament, firmly rejects the notion that rural areas are old-fashioned.

“The future of Europe’s local realities can only be shaped locally,” she said.

Katrīna Miška-Idū, of the Latvian Rural Forum, European Rural Youth Parliament, echoed this, saying: “Synergies between expertise that older generations can provide and innovative and creating solutions that the youth can bring out is the key to the success of bringing new energies to rural areas.”

Miška-Idū wants to turn the tide by linking old technology and knowledge with new ideas. Speaking at the July event, she said she sees progress as going back to nature and rural roots with “a brand-new spirit”.

In the Netherlands, the city of Leeuwarden may be among those succeeding to shape a new reality for Europe’s rural areas.

Until recently, the small municipality situated in the northern part of the country was struggling with problems typical to rural communities, including an ageing population and lack of high paid jobs.

In a bid to reverse the trend, the city developed two research centres – a water and a dairy campus – tapping into public and private investment sources in order to develop world-class innovative solutions for rural areas.

“The start of the WaterCampus was based on two things. One was the social economic situation of our city and the other was that Leeuwarden had the most polluted river in the Netherlands,” said Friso Douwstra, Vice Mayor of Leeuwarden. Innovations from the WaterCampus have transformed it into a vibrant river.

According to Douwstra this shows that rural areas can tackle their weaknesses. “See if you can solve your weaknesses by creating innovative solutions to tackle those problems. When you do, you can use that to solve problems internationally,” he added.

Today, the Leeuwarden WaterCampus boasts itself as “a meeting point of the Dutch water technology sector” and has the ambition of playing a “uniting role for the rest of Europe as well”.

With the effects of climate change becoming more severe, momentum is growing behind innovation to tackle water-related issues ranging from floods to water scarcity and drought.

In January, the Netherlands will host an international Climate Adaptation Summit, bringing together experts and politicians from across the globe to discuss solutions for adapting to extreme rainfall, drought, heatwaves and sea level rise. Participants will also exchange best practices on how cities and rural areas can build up resilience against weather extremes.

In Leeuwarden, the water campus aims to play its part by offering a meeting point for scientists, businesses and governments from all over Europe in order to foster world class innovation in the water technology sector.

“This strengthens the global position of the European water technology sector,” the campus says on its website.

In fact, building economic and social resilience was always at the heart of the project. Before the launch of its two campuses, Leeuwarden only had three universities of applied sciences and had a low education and high unemployment level compared to other places in the Netherlands.

The city now has a university campus and over 250 European and American stock exchange companies as part of the Water Alliance. Creating academic positions was key to revitalising the city, as one hired PHD worker will provide two or three lower paid jobs.

“Our unemployment rate is dropping. The education rate is rising. We see that the academic culture in the city is growing. That’s a culture we want to give floor to in our city,” said Douwstra.

There are also very practical benefits. On the dairy campus, research into membranes to filter milk onsite will mean lower pressure on road traffic.

“We will have 55,000 less vehicle movements,” said Douwstra. “I won’t have to invest the amount of money that I had to before in repairing roads. I will have less pollution from the vehicles.”