Gas will play “an important role in the energy transition” and help Europe meet its ambitious target of reaching net-zero emissions by 2050, said Miguel Arias Cañete, the EU’s commissioner for climate action and energy.

“But we will not be able to get to 100% renewables overnight,” he told delegates at the 4th EU-Norway energy conference last week (5 February).

“Natural gas offers the flexibility that can complement variable electricity generation coming from renewables” such as wind and solar power, Cañete explained.

“As such, it will act as a bridge to decarbonise the economy,” the Spanish EU commissioner added, in comments that caused jitters across the gas industry. 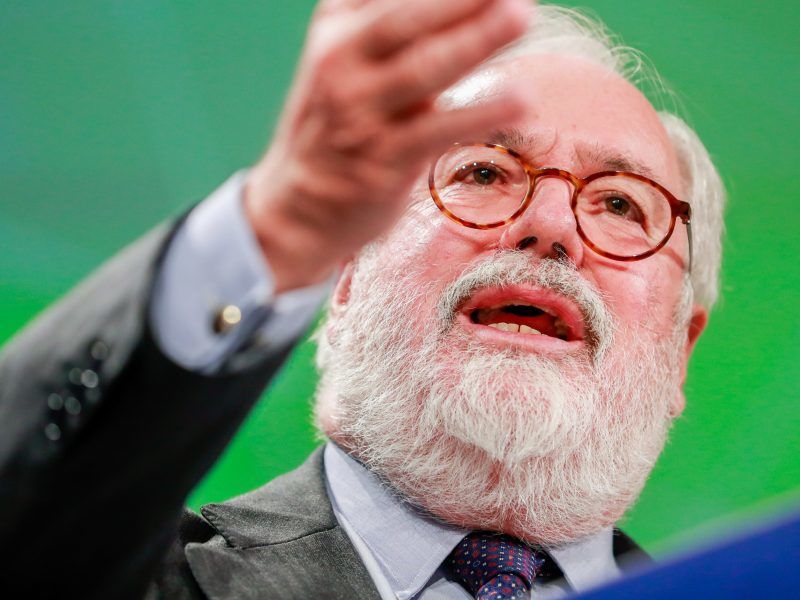 Indeed, the depiction of gas as a “bridge” in the energy transition runs counter to the narrative developed by the industry, which seeks to position gas as a clean energy source in its own right – mainly through decarbonised gases like hydrogen, biogas or synthetic methane.

“I think it’s time to look at natural gas as more than just a bridge, and more as an enabling partner for the large-scale deployment of renewables well beyond 2030,” said Nareg Terzian from the International association of oil and gas producers (IOGP).

“Decarbonised gas will bring the same value to the energy system in the long term. At the end of the day, we’re going to need both electrons and molecules if we are to be ambitious on climate,” Terzian told EURACTIV in emailed comments.

The European Commission’s views on the long-term prospects for gas in Europe became clearer in November last year, when Cañete presented a vision paper for a “climate neutral” economy by 2050.

And the main game in the document was electricity, not gas. Wind and solar – combined with nuclear power – “will be the backbone” of a decarbonised energy system by mid-century, the Commission said in its 2050 strategy, dubbed “A Clean Planet for all”.

By 2050, the share of electricity in final energy demand “will at least double, bringing it up to 53%,” up from under 25% currently, the EU executive stated.

Amid such a context, “the role of gas will not be the same in 2050 than today,” Cañete said back then, suggesting it will play more of a supporting role to decarbonised electricity coming from renewables. This is why EU infrastructure funding is already more geared towards electricity interconnectors than gas pipelines, he explained.

Cañete repeated that mantra last week, during a debate at the College of Europe in Bruges on Thursday (7 February). “The direction is very clear,” the Spanish Commissioner said – “electrifying the economy and renewables.”

@MAC_europa: "the direction is very clear: electrifying the economy & renewables"
EU and member states need to go in this direction to foster the #decarbonisation of the economy.

People in the electricity industry would certainly not dispute this, saying gas will become one of the “complements” to decarbonised electricity coming from wind and solar power.

“In the same vein as for instance hydro, batteries and demand-side response solutions, gas plants are one of the flexibility options that can help balance production from variable renewables,” said Kristian Ruby, the secretary general of Eurelectric, the EU power sector association.

So is it game over for gas? Clearly not, according to Cañete.

“Natural gas will remain an important component of our energy mix at least for some decades ahead,” the Spanish EU Commissioner said at the 4th EU-Norway energy conference last Tuesday. And that is because gas will be essential – at least in the short term – to decarbonise Europe’s energy system.

“Gas has a lot to offer in the transition to a low-carbon energy system,” said Kjell-Børge Freiberg, Norwegian Minister of Petroleum and Energy. First, because it offers a “fast and cost-effective” way to reduce CO2 emissions when replacing coal in power generation. And second because it provides a perfect backup for wind and solar.

“As the share of intermittent renewable energy grows in Europe, the need for balancing power will become more important,” Freiberg pointed out, saying gas can handle large variations in energy supply and demand, especially during winter when heating demand reaches its peak.

For all those reasons, demand for gas is expected to remain stable in Europe until 2030 at least.

That is good news for Norway, which exported a record amount of gas to Europe last year, offsetting in part the collapse in production coming from the giant Groningen gas field in the Netherlands.

But beyond 2030, supply and demand projections are much less clear.

“The demand for gas in Europe is uncertain,” said Erik Wærness, chief economist at Equinor, the Norwegian state-owned energy firm.

Indeed, gas will be “almost taken out of the power sector” by 2050, in a scenario consistent with the 2°C global warming target of the Paris Agreement, he told delegates at the 4th EU-Norway energy conference.

And even though “Europe will still need a lot of gas” in 2050, the demand is likely to be focused on sectors other than electricity production – “in transportation, in non-energy (feedstock), and in heat,” Wærness said.

Future #EU #natgas demand in 2050 is not certain. Hard to see that there is insufficient space for #Norwegian sources says @EWaerness at #EUNORenergy . Given reductions in currently producing assets #Norway must continue to mature more resources to support the #EU transition. pic.twitter.com/Ghb1qcGMkF

The Commission’s long-term strategy identified eight possible scenarios to comply with the Paris Agreement objective of keeping global warming below 2°C. The scenarios diverge in terms of technology mix and decarbonisation pathways.

But “all converge on a central message,” Cañete told delegates at the 4th EU-Norway energy conference: as the European economy continues to grow, “energy consumption must be reduced by as much as 50%,” he stressed.

That probably means much less gas than is currently being consumed in Europe. And a radical transformation in the types of gas that will still be in use in 2050.

“Only e-gases, Power-to-X and hydrogen will be present there – for sure,” Cañete said back in November when asked about the future role of gas by mid-century.

That leaves the gas industry with a massive challenge to decarbonise. For industry executives, it means ramping up production of decarbonised and renewable gases, which currently represents a small fraction of the gas market.

“In 2050, the maximum projected availability of renewable gas is equivalent to 25% of current EU gas demand,” said Jonathan Stern, from the Oxford Institute for Energy Studies.

“Maintaining current demand levels will therefore require very substantial volumes of hydrogen from reformed methane with carbon capture and storage (CCS),” Stern said in a foreword to a recent study on the role of natural gas in decarbonising European energy markets.

If the gas industry wants to maintain its current production levels while decarbonising, it will therefore need “very substantial volumes of hydrogen from reformed methane with carbon capture and storage (CCS),” Stern wrote, saying this will also require adapting pipelines and LNG infrastructure to a decarbonised product.

But those challenges are compounded by “an inability of companies to invest for a post-2030 decarbonised future,” Stern warned, saying “there will need to be very substantial corporate investment in projects for which there is currently no business case.”

Gas industry executives are quick to point out that they are not alone in facing those daunting challenges – the electricity sector too has a mountain to climb when it comes to decarbonisation. And while competing for market share, electricity and gas executives also have an interest in collaboration.

“80% of our energy today is molecules, not electrons,” reminded Erik Wærness from Equinor, saying this leaves room for decarbonised gases to play an important role in Europe’s future low-carbon energy mix.

“Remember that if we are not relying on gas in the energy system, the need for massive investments in renewable electricity will be much higher,” Wærness warned, saying it will be “already enormously challenging” for wind and solar to reach 60% of all electricity production in Europe. 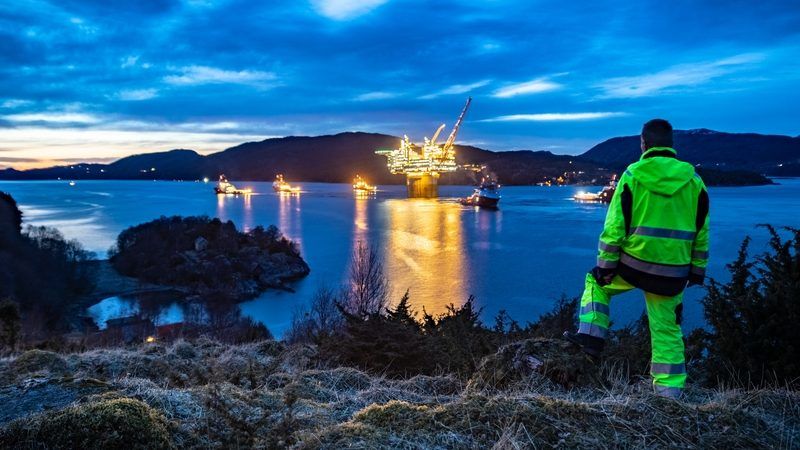