CAP will remain part of biodiversity’s myriad of funding, despite past issues 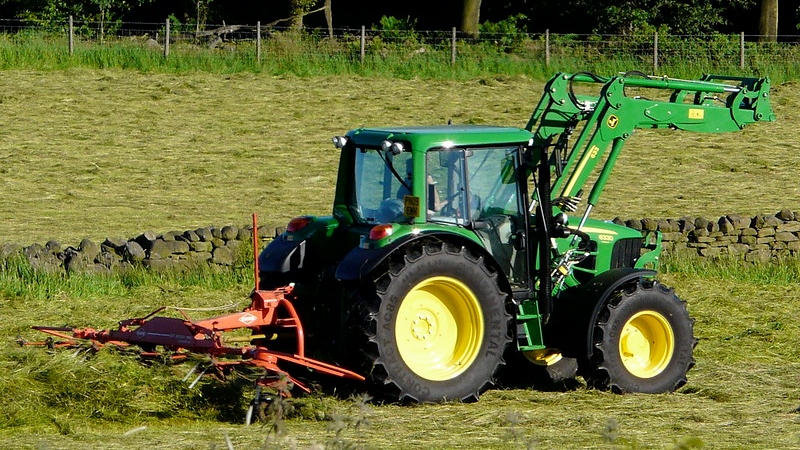 The Common Agricultural Policy, voted on this week in the European Parliament and Council, will remain by far the biggest funding source for biodiversity protection schemes at EU level, despite criticisms it has encouraged intensive and damaging farming.

Funding allocated under the policy’s Rural Development fund currently makes up around two thirds of the money member states put towards biodiversity and species protection.

On Wednesday (19 October), the Council voted to ring-fence 20% of direct payments from the CAP for ‘eco-schemes’ in an effort to ‘green’ the policy, but environmentalists say this is far from enough.

Fears over a status quo of damaging agricultural practices were twice reinforced this week, in the “empty promises” made by MEPs over CAP reform and the State of Nature report by the European Environment Agency (EEA), which showed over 50% of pollution pressure on biodiversity came from agricultural practices.

The State of Nature report showed the current CAP did not provide “enough funding” and that agriculture is “one of the biggest issues” for biodiversity, according to Evelyn Underwood, senior policy analyst at the Institute for European Environmental Policy, a think tank.

This week, Parliament rejected proposals to cut subsidies for factory farming and did not raise funding levels for environmental measures, something Greenpeace calls a “death sentence” for nature.

“The EU Parliament is wilfully continuing that destruction while scientists warn that farming must change to tackle the climate crisis and protect nature. This could turn out to be a death sentence for the aims of the European Green Deal,” said Marco Contiero, Greenpeace EU agriculture policy director.

Criticisms were also levelled at the Council’s decisions, with WWF saying they weakened “each and every” environmental protection, except one on ring-fencing.

Ministers rejected the proposed increase in environmental expenditure under the Rural Development fund, something WWF says will diminish the money supporting agri-environmental schemes and the transition to agro-ecological farming.

Underwood said the current CAP showed flexibility and a lack of specificity leads to a prolonging of the status quo and that targeting certain areas increases effectiveness and efficiency.

She added that funding for the most effective measures should also be increased, alongside uptake of innovative schemes, and that stakeholders must be engaged in policy design, implementation and review.

Under the biodiversity strategy, published in May, 30% of land and sea should be protected, with 10% under strict protection where habitats and species would benefit from little activity and no destructive activity.

The biodiversity strategy unlocks €20 billion for the protection of biodiversity. Funding will also come from other areas, including Invest EU’s new €10 billion programme for natural capital investment, Next Generation and Horizon Europe. Over €600 billion under the Recovery Plans is also dedicated to climate.

Owners need to be involved in biodiversity legislation from the start

One of the key reasons the EU has been failing on previous biodiversity targets is enforcement and implementation, according to Alberto Arroyo Schnell, Senior Policy Manager at IUCN European Regional Office, speaking at a Green Week talk on Wednesday (19 October).

He added: “This is the right moment to ensure the stakeholders are fully involved from the beginning.”

“Don’t forget the people behind the forest,” said Hélène Koch, Policy Advisor at Confederation of European Forest Owners, adding there are “bad memories” of the Natura 2000 designation process “because of the lack of involvement of owners”.

Nicola Notaro, head of the nature protection unit at the European Commission’s environment department, pushed back on this idea, saying “the people are never forgotten in our work”, but adding, “we should not confuse the role of science and then the socio-economic aspects.”

He said the protections are the first step and then it is up to member states to engage with stakeholders and owners. The distinction should be kept “very clear”.

The priority for the Commission is for member states to look at their land and find areas which need protection. Another priority is to fix gaps in Natura 2000, including areas like national parks, which are not currently designated under the system.

There are still many questions about the definitions of biodiversity terms, particularly ‘old forests’, ‘primary growth forests’ and ‘strict protection’. These will be instrumental to what protections and prohibitions are applied to the area, but so far, do not have a clear definition.