Fei Shengchao, Minister Counsellor from the Mission of China to the EU, speaking at a EURACTIV debate

The carbon border adjustment mechanism, which the EU executive Commission plans to table in June, aims to protect European industries against cheaper imports of carbon-intensive goods coming from abroad.

Its main goal is to restore fair competition conditions with EU manufacturers and prevent “carbon leakage”, where EU  industries relocate factories to countries that don’t impose a carbon cost on production.

But Chinese diplomats warned that more discussion was needed about the mechanism before it is implemented.

“Will it be good for the environment? Will it be good for trading ties among different nations? That takes time and certainly that takes more consultation and discussion among all the major stakeholders,” said Fei Shengchao, Minister Counsellor at the Mission of China to the EU.

Because it seeks to increase the price of goods imported into Europe, the levy brushes against World Trade Organisation rules on non-discrimination and the Commission has been careful to avoid that.

The EU executive is expected to table its proposal for a carbon border levy before the end of June as part of a broader package of climate laws aiming to cut emissions by at least 55% before the end of the decade.

“It’s a matter of survival” for EU industry, said Frans Timmermans, the Commission’s climate chief, who warned about the risk of “carbon leakage” if companies were to leave Europe to avoid the cost of its emissions-cutting policies.

Although there is little evidence of carbon leakage to date, the risk will become higher as Europe tightens its emissions target for 2030, the EU executive has said, insisting the measure is not protectionist.

“The policy intent of a border measure is not a protectionist measure. It is to avoid leakage of CO2 emissions,” said Elina Bardram, acting director for international policy at the European Commission’s climate department.

“Obviously, we will use all positive avenues of our climate diplomacy to avoid a situation where proactive measures would somehow come as a surprise to our partners,” she said at the EURACTIV event, adding the Commission has its best lawyers, technicians and economists making sure that whatever is introduced will be compatible with WTO rules.

Europe’s efforts to bring Beijing in line with the Paris Agreement on climate change has already started to pay off. In September last year, China announced it will aim to reach carbon neutrality by 2060, a move that was applauded at the time by climate campaigners around the world.

Ursula von der Leyen, the president of the European Commission, welcomed China’s move as “an important step in our global fight against climate change” but also cautioned that “a lot of work remains to be done”.

To help reach its 2060 carbon neutrality target, China will launch a cap and trade scheme in February this year, similar to the EU’s emissions trading scheme.

“I believe that it will serve everybody’s interest to help China better introduce and better operate [its ETS],” said Shengchao. However, he did not say whether the Chinese ETS would link with the EU’s.

Once it is introduced, the EU’s carbon border levy won’t to cover all industries at once. Instead, the Commission indicated it was likely to start with select industrial sectors, like steel, cement or chemicals.

Putting a price on carbon emissions is widely recognised as the most efficient tool to fight global warming, said Edmond Alphandéry, chairman of the task force on carbon pricing in Europe. However, there is still a lot of progress to be made, said the former French finance minister.

Alphandéry was critical of the EU’s carbon border levy, saying it could sour diplomatic relations and undermine global efforts to fight climate change. Instead, it would be better for the three main emitters – the US, China and the EU – to join forces and create a global carbon price, he argued.

“We need an incentive with a level playing field, which would avoid tax on the borders. And this incentive is a price of carbon worldwide,” he said. 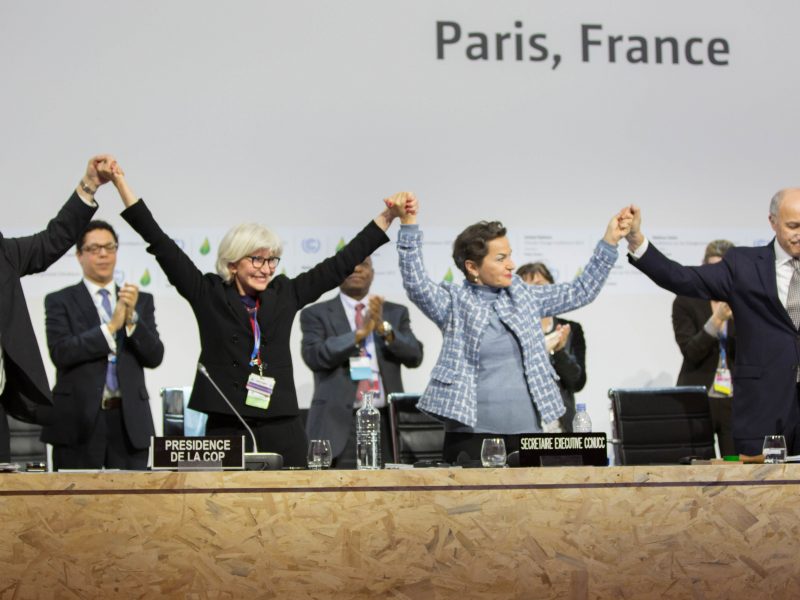 Two-thirds of Paris Agreement signatories are using or considering carbon pricing schemes to achieve their emission reduction targets. The EU, China, and the USA should lead a worldwide “carbon pricing coalition” for the period 2030-2050, argue Jyrki Katainen and Karl-Henrik Sundström.

EU and China will win or lose together

In Europe, no one questions the need to cooperate with China on climate policy. However, uncertainties remain over how much competition or cooperation there will be in the relationship.

“This is not America against Europe against China. This is not an economic conflict nor a conflict for the control of some parts of the globe,” said Lídia Pereira, a Portuguese lawmaker who is member of the European Parliament delegation for relations with China.

“We can only win together, or we will lose together,” she added.

Although China has agreed to peak its emissions by 2030 and aim for carbon neutrality by 2060, Shengchao insisted Beijing cannot go any faster.

China is the world’s largest emitter of greenhouse gases and is still heavily reliant on coal. However, its is also one of the biggest renewable energy producers in the world today, Shengchao said, pointing out that 23.4% of its total energy consumption comes from low-carbon sources.

“When [the world] thinks about supply chains of those technologies, they will have to turn to China,” said Byford Tsang, senior policy advisor from the E3G think tank. “For the European Green Deal objectives to be achieved, the EU would have to work with partners including China to choose to make sure their supplies are resilient and open,” he added.

As more countries look to carbon neutral futures, many are also turning to China for imports of metals such as rare earths, cobalt or lithium, many of which are currently coming from China.

“There will be an increasing number of disputes for new resources. This is sensitive because we don’t want to start fights for the resources that we will have to share and that we know are very limited,” said Pereira, adding there needs to be a peaceful way of doing this. 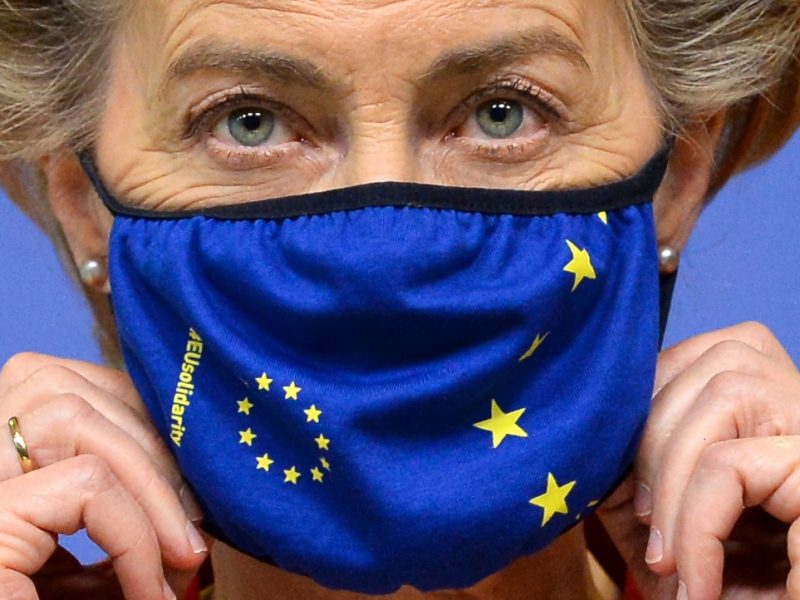