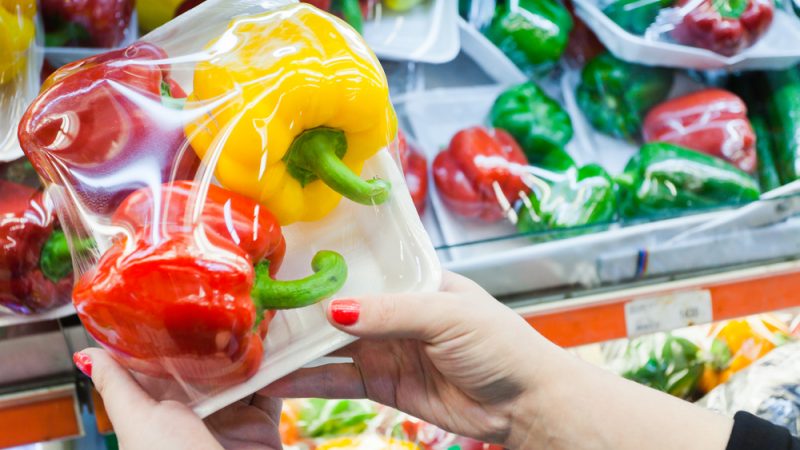 With the regulation on the recycling of food contact materials expected to soon be amended, recycled PET could be used as food packaging if it is deemed safe. [Pavel Ilyukhin / Shutterstock]

The European Commission will soon decide whether to allow the use of recycled plastics in food packaging despite some suggesting this could endanger consumer health. EURACTIV France reports.

Public consultation regarding a proposal to change the EU regulation on recycled plastic materials and articles intended to come into contact with food ended on 10 January 2022.

Usually only reserved for experts or lobbyists, the consultation is somewhat political and provides further insight for the Commission, which is currently working on revising the regulation.

As part of the new Circular Economy Action Plan, the Commission is considering introducing a requirement for plastic food packaging to be made from 30% recycled material by 2030.

“The new regulation will aim to harmonise the requirements for the type of waste that can be used for such recycling,” like quality control when collecting waste, the use of suitable recycling technologies, or the registration of all recycling facilities, a Commission official told EURACTIV.

The main plastic material used to make packaging is polyethylene terephthalate, known as PET. It is said to be “recycled” when part of its manufacture is made from used plastics.

Recycled plastic can be made in two ways: either mechanically, by crushing, washing, decontaminating the plastic and then pressurising it to remove harmful substances; or chemically, by depolymerising, purifying and re-polymerising the plastic.

For years now, sorting instructions have made it possible to collect plastics, thereby creating valuable raw material reserves for manufacturers of recycled PET.

“By 2022, in Europe, 10 countries will offer the plastic deposit,” Christian Crépet, CEO of Petcore-Europe, a trade association that promotes the collection, sorting and recycling of plastic bottles, told EURACTIV. “By 2025, 11 more countries will be moving in this direction,” he added.

Advocates of recycled PET say it performs just as well as virgin PET and, because it is part of the circular economy and needs less CO2 to produce, it is also more environmentally friendly. 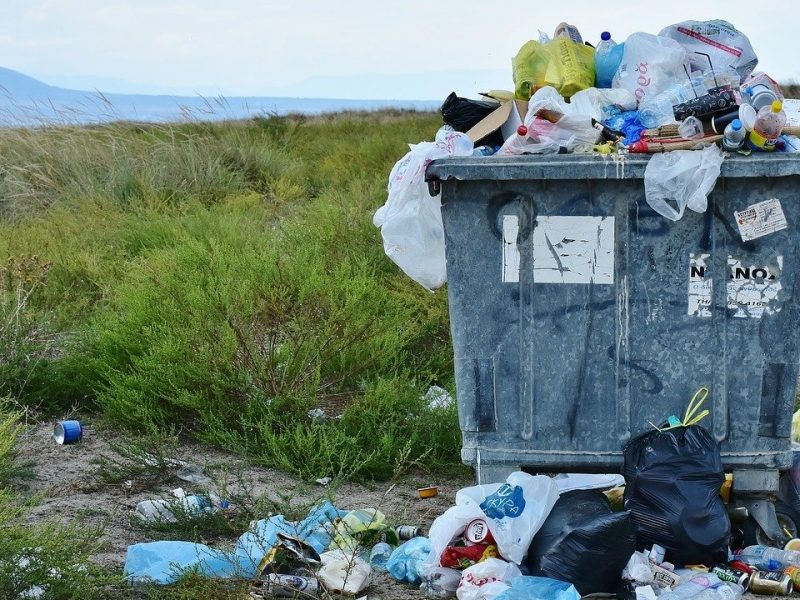 Europe aims to cut down on waste as quickly as possible in order to halt the overconsumption that is damaging the planet and adding to climate change. But despite previous attempts, waste packaging is still on the rise in Europe.

Waiting for the green light

With the regulation on the recycling of food contact materials expected to be amended soon, recycled PET could be used as food packaging if it is deemed safe.

However, according to Safe Food Advocacy Europe (SAFE), an NGO that focuses on food safety, a framework regulation now requires that food packaging be manufactured in such a way that “it does not transfer its constituents into foodstuffs in quantities that may be harmful to human health”.

EFSA, the EU’s food safety agency, has examined the safety of recycled PET in several of its opinions which are a point of reference for the Commission.

Among other things, EFSA considered the safety of applications for the use of recycled plastics, the quality of the raw materials, the effectiveness of the plastic decontamination process and the intended use of the recycled plastic.

An EFSA official explained to EURACTIV that “many of the processes for which EFSA has received applications are very similar, using the same technology”.

To stop EFSA from assessing many similar processes in the future, “the new regulation will distinguish between appropriate recycling technologies, which must first be established, recycling processes that use these technologies and must be authorised, and recycling facilities (…) which must be registered and monitored by the competent authorities of the Member States,” the official added.

EFSA’s opinion on recycled PET will be used by the Commission to revise the Food Packaging Regulation.

This revision is of strategic importance for the plastic industry.

EFSA’s greenlight is eagerly awaited by 35 recycling sites in Europe to ensure their recycled PET – which represents a total of 600,000 tonnes of recycled material – can be used in food packaging, Petcore-Europe’s Crépet said. 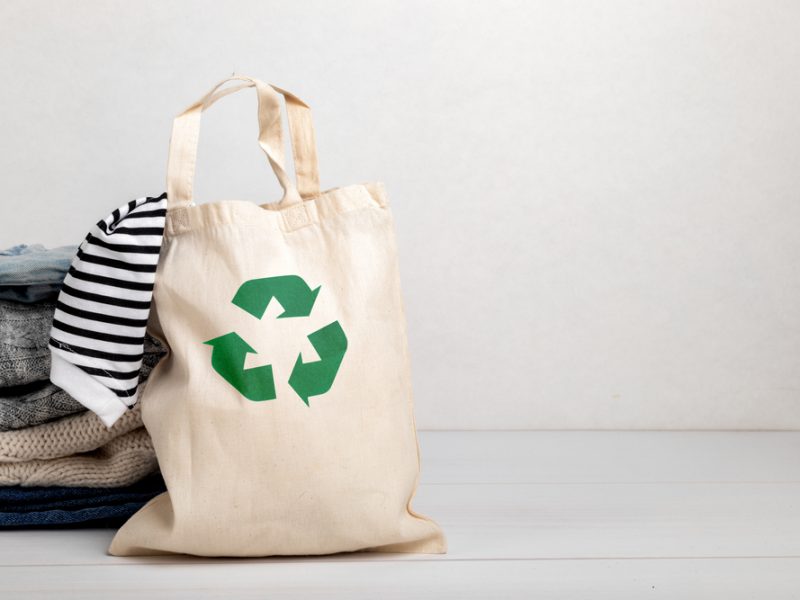 Legislative proposals on the circular economy are expected by the end of March, according to a two-day joint conference organised by the French EU Council, the EU Commission and the Economic and Social Committee (EESC). EURACTIV France reports.

Some have, however, warned of the dangers recycled PET can pose if it comes in contact with food, particularly by the plastic’s chemicals.

In a submission to the revision of the regulation on food contact materials dated 21 January 2021, SAFE said:

“A large percentage of recycled plastics do not comply with the regulations on food packaging,” SAFE said in a statement on 21 January 2021 regarding the revision of the EU regulation on food contact materials.

“A study was conducted in Brazil and Spain by the universities of Campinas, São Paulo and Zaragoza on PET packaging (…). The tests detected the migration of residual non-volatile and inorganic compounds (i.e. silicon, calcium, sodium, iron, magnesium, aluminium, zinc), which are contaminants not allowed by Brazilian and European regulations.”

SAFE also pointed to several shortcomings in the European Commission’s draft legislation on recycled PET, noting that it had paid too little attention to the final products and too much to the “starting” substances and the recycling process.

“Article 8 on the ‘post-processing and use of recycled plastic materials and articles’ does not adequately address the complexity of unintentionally added substances, including external contaminants, as well as reaction and degradation by-products occurring during manufacture, use, waste management and recycling, which are present in final materials and articles,” SAFE added.

During the manufacturing of recycled plastics, the “starting” chemicals are transformed into new chemicals for which there would be insufficient assessment.

SAFE also noted that the current safety threshold of chemicals that can migrate from packaging to food needs to be re-assessed.

“Scientists consider that there is a need to review the way the safety of migrating chemicals is assessed, based on current scientific knowledge”, SAFE explained.

“We know that some chemicals, like endocrine disruptors, have very low effect thresholds which cannot be measured in practice. So we need to completely change the way we assess the safety of these types of chemicals,” she told EURACTIV.

“We have to assume that there are no safe levels for carcinogens and endocrine disruptors. In other words, there are no thresholds,” she added.

The European Commission has already taken note of such warnings. While Brussels prioritises safety, it will have to balance the precautionary principle and the EU’s recycling targets, which it wishes to raise.

Revision of the bloc’s regulation on plastics that come into contact with foodstuffs will have to be in line with its single-use plastics directive, the next initiative on sustainable products and the next revision of the directive on packaging and packaging waste.

Europeans currently produce 25 million tonnes of plastic waste per year, of which only 30% is collected for recycling. One of Europe’s strategies is to collect, recycle, and reuse more of these plastics.

Whether or not recycled plastics materials will be reused for food packaging will be decided in July when the revised text is expected to be adopted. 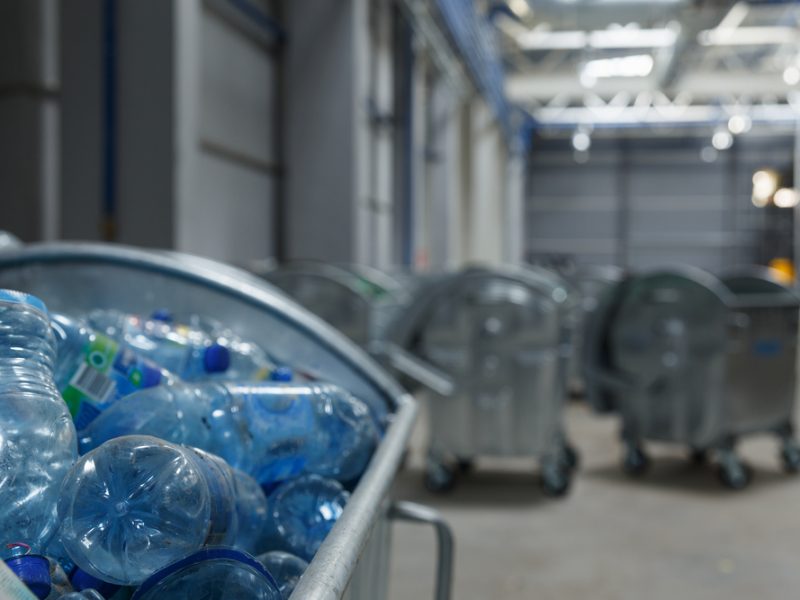 The European Commission is working on a revision of the regulation on recycled plastics for food packaging, which according to Jane Muncke, raises concerns about food safety.