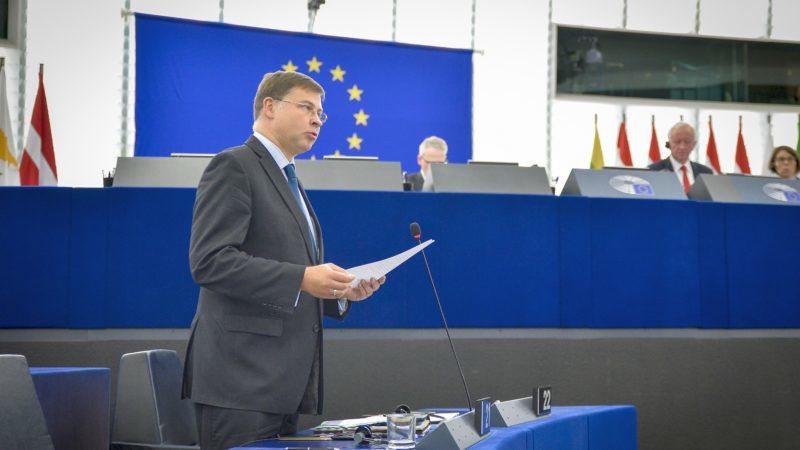 Valdis Dombrovskis foreshadowed some aspects of the Commission's much awaited climate reporting project at the climate summit in Paris. [European Parliament]

The Commission is working on its climate reporting project to be announced next spring, but Vice-President Valdis Dombrovskis has already announced support for a relaxation of prudential regulations for green projects. EURACTIV France reports.

The European Commission remained tight-lipped during the One Planet Summit in Paris about its work on greening the finance sector.

“The project is well underway, we have launched a consultation on the subject and we will announce in January the conclusions of the High-Level Group on Sustainable Finance,” said a Commission source, adding that the EU executive “follows its own pace”.

The idea of extending Article 173 of the French Transition Law to the whole of the European Union, and in a revised form, remains in the pipeline but for later.

Although expected in Paris, President Jean-Claude Juncker did not attend the summit, “because he was preparing the European Council” to be held on 14-15 December in Brussels, a spokesperson said.

Vice-President Dombrovskis remained elusive on the subject of climate reporting, assuring that it was crucial “that a common taxonomy be adopted for the criteria of green finance to be clear”.

The stakes are high: if the EU wants to reorient investments towards green finance, it is necessary to know what is meant by ‘green’.

A project, not a law

Although it has not yet figured out all the details, the Commission wants to go fast. Too fast for the European legislative process: between the Parliament, the Council and the trilogue with member states, it takes two years on average for a text to become law.

Not to mention that some states will probably not be enthusiastic about this idea, like Poland, where more than 90% of electricity is still produced from coal.

“We are thinking of another formula, which allows the development of standards in consultation with stakeholders, but without new legislation,” says the executive.

The Financial Transparency Directive, which comes into force in January 2018, will also make the EU the most transparent space for reporting on responsible investment issues. 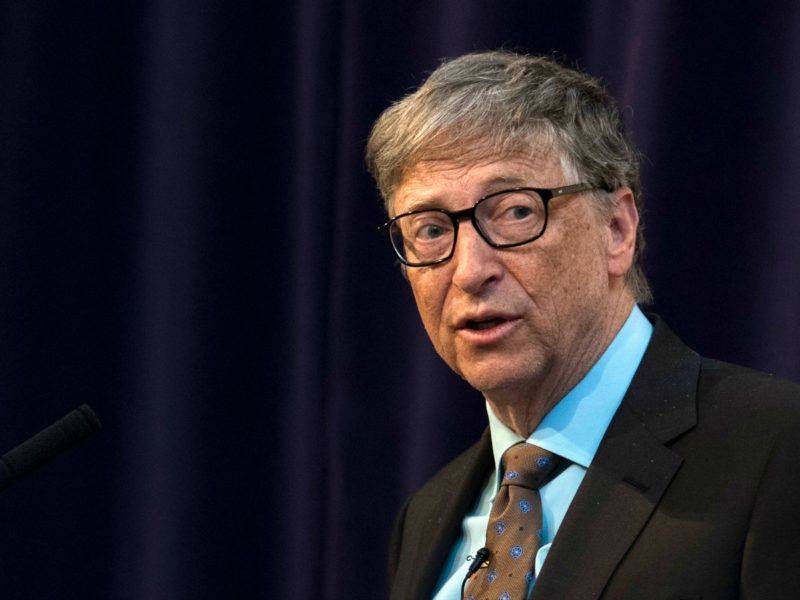 Vice-president Dombrovskis spoke in favour of Green Reporting Factor on which the European Parliament is currently working.

“I support this initiative, which will be part of our action plan in March 2018”, the vice-president said and even mentioned the “brown punishing factor”.

The project is to relax the prudential regulations for green investments, which would reduce their costs. On the other hand, polluting investments would be negatively discriminated against (brown punishing factor) compared to their green equivalents.

This definition of green finance also has quite direct implications on who will be able to do what. London has already felt it has lost the green finance brief to the French.

For the finance sector, a part of industry and local communities, this summit is an opportunity to put forward initiatives – and to raise the general ambition, which clearly no longer comes from national governments in multilateral frameworks.

Among a slew of announcements at the summit, a few stand out: Axa’s decision to sell its assets in oil sands and coal and the addition of 147 new companies to Michael Bloomberg’s climate reporting initiative, which now includes 247.

The Climate Alliance’s new commitments show the appetite of communities and the private sector for the issue.

And a change of scale in climate negotiations, which Anne Hidalgo, the mayor of Paris, clearly identifies. “It may be a new revolution in climate-related governance, we must think locally to act globally,” said the mayor, noting that cities could and should lead states, inspiring them as American mayors do.

Especially because “the lobbies are polluted by vested interests with regard to public health issues.”