The Commission President was in the European Parliament last Friday (12 February) for the official signing ceremony of the EU’s €672.5 recovery and resilience facility, the main component of the EU’s recovery plan from the coronavirus pandemic.

In a short speech at the ceremony, von der Leyen urged “all member states to ratify” a decision to unlock the fund “as fast as possible,” adding that EU institutions “are working intensively to get the national recovery plans ready”.

“So it is time to deliver, indeed,” she said.

Under a wider budget agreement reached by EU leaders in December, 37% of funding will be set aside for climate-friendly expenditure.

But NGOs have warned that EU spending guidelines could open the door to fossil gas while a lack of public scrutiny may lead to political disputes down the road.

“The Commission is greenwashing polluting projects like gas infrastructure and roads, and giving them access to the recovery fund of €672 billion. By funding climate-wrecking industries, this recovery plan is green in name only,” said Ariadna Rodrigo, Greenpeace EU policy advisor.

A guidance document on the ‘Do No Significant Harm’ principle applying to the recovery fund, adopted by the Commission on Friday (12 February), prevents funding going to projects that may impact the environment. It uses the same six environmental requirements as the EU’s green finance taxonomy, including on climate change mitigation and adaptation.

“The guidance leaves some very significant loopholes so that’s also a big concern,” said Felix Heilmann, who has been analysing the plans for E3G, a think tank.

Gas is a grey area for the Commission. Fossil-fuel based power production and related infrastructure are excluded under the guidance, but it will be allowed where it is necessary to facilitate a transition to cleaner energy in coal-dependent countries.

“As a general rule, measures related to fossil fuels – including gas – are not deemed compliant with ‘do no significant harm’ principle and should not be supported by the RRF,” a Commission spokesperson told EURACTIV.

Spending on gas will vary across countries, with some like Poland planning to use fossil gas to replace coal, balance renewables or develop hydrogen, according to Eurogas, an industry association.

Both the European Commission and industry scenarios “foresee unabated emissions being eliminated by 2050, through growing shares of renewable and low-carbon gases as well as use of carbon capture, utilisation and storage,” said a spokesperson for the association.

To obtain EU funding for gas projects, national governments will need to prove that gas is part of a wider transition plan to renewables which does not create a “lock-in” effect into fossil fuels – for instance, “making sure that infrastructure is also suitable for the use of clean gases,” an EU official explained.

All these must be part of “a very clear and credible plan for decarbonisation,” with milestones and deadlines, the official stressed. 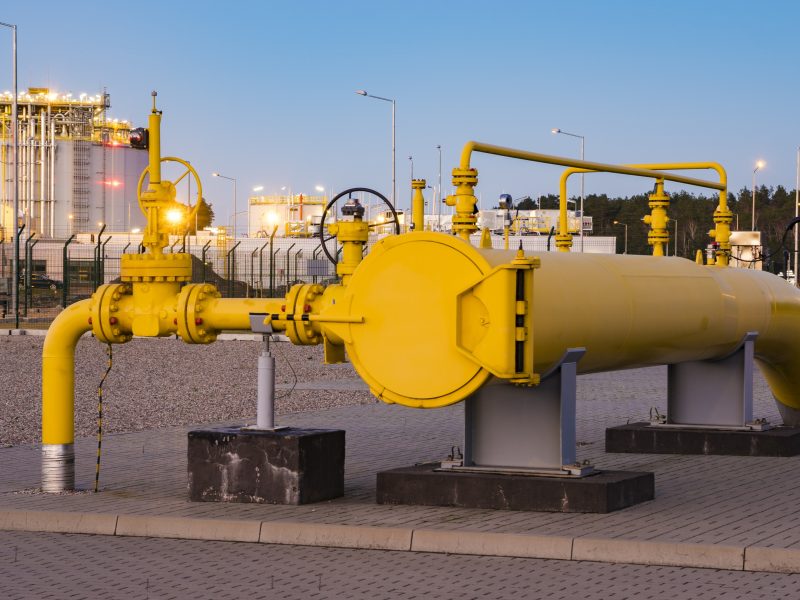 However, Barbara Mariani, senior policy officer for climate and energy at the European Environmental Bureau, pushed back on this.

“Gas is not a ‘bridge fuel’, it’s a stranded asset and a climate disaster for people and the planet,” she stressed.

Environmental groups have also raised concerns over a lack of public consultation on the national recovery plans, with some saying this goes against the Aarhus Convention, which mandates public participation on programmes related to the environment.

The way the Commission is approaching the process risks narrowing the amount of time available for public consultation, said a source familiar with the plans. According to that source, the Commission is attempting to get all the political conflict out of the way now to avoid appearing to withhold money from countries in need.

“There’s rarely been any public consultations. For example, working versions aren’t published so it’s really hard to assess and scrutinise for us, but also from national civil society,” said Heilmann.

The Commission disagrees, saying it has called on countries to engage with local and regional authorities, social partners, civil society and youth organisations.

“Involving stakeholders in the design and implementation of national recovery and resilience plans is a key prerequisite for achieving a sustainable and inclusive recovery in Europe,” a Commission spokesperson told EURACTIV.

Where is climate funding likely to go?

The plans are overall well-aligned with the objectives of the €750 billion EU recovery fund, placing a strong focus on green and digital spending, alongside social aspects, like education and skills, according to the Commission.

The Commission’s hope is that the plans will lead to reform and more sustainable economies, but there are concerns this is not reflected in the drafts national plans submitted by the member states.

“In a handful of plans, we have issues that there is not enough green investment. There is too much of something else – of traditional infrastructure maybe: too much of roads and not enough for example efforts on renewables, energy efficiency or other cleaner technology,” a senior EU official explained.

Looking at the draft recovery plans available to date, Heilmann warned that the focus placed by national governments is more on gradual green progress rather than a radical shift to a sustainable economy.

“I think the Commission itself is quite disappointed by what it’s been seeing from member states,” Heilmann said.

Still, he pointed to Spain as a good example of reform. The plan released in October includes restoring 10,000 hectares of wetlands and 5,000 km of riverbeds as well as 100,000 electric charging points and 250,000 new electric vehicles by 2023.

Commenting on Spain’s plan, Greenpeace has said the proposed investments are on the right lines, but raise concerns about investment into large infrastructures, like ports, and gas.

“We are particularly concerned that the commitment to the development of hydrogen as an energy vector is a gateway to the massive burning of fossil gas,” added Miguel Ángel Soto from Greenpeace Spain.

Germany, France, Portugal and Spain are the first countries to have submitted their national recovery plans. But analysis of these by Green Recovery Tracker found that Germany, France and Portugal risk missing the 37% of funding set aside for climate.

It also found that €51.1 billion out of the €350,291,688,000 of EU and domestic finances the four countries intend to spend would have a negative or very negative impact on the climate.

In response to this, a Commission spokesperson said they will not give a running commentary on elements of the plans. However, they told EURACTIV that plans will not be accepted without hitting the 37% target for climate spending.

According to the Commission, 19 member states are exchanging progress on their plans in detail and seven others at the level of principle on Friday (12 February). The Commission’s deadline for the plans is 30 April, although a senior EU official admitted that is “not a super hard deadline”.