By Anne Perkins | The Guardian 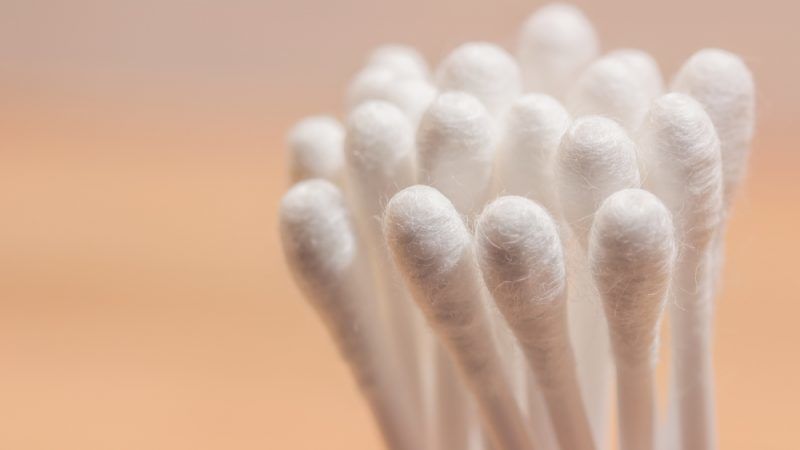 Plastic-stemmed cotton buds could be banned in England. [Shutterstock]

UK Prime Minister Theresa May hopes the announcement will encourage Commonwealth heads of government to up environmental action, although Canadian counterpart Justin Trudeau poured cold water on the idea on Thursday (19 April).

“The Commonwealth is a unique organisation with a huge diversity of wildlife, and environments – so it is vital we act now,” the prime minister said, urging all Commonwealth countries to participate.

Since the 1950s, 8.3bn tonnes of plastic has been produced. Plastic is seen as a versatile, indispensable product, but the environmental impact is becoming more stark.

Plastic is now so pervasive that recycling systems cannot keep up and leakage into the environment is such that by 2050 plastic in the ocean will outweigh fish.

According to academics in the United States, by 2015, of all the plastic waste generated since the 1950s, only 9% has been recycled, with 12% incinerated and 79% accumulated in landfill sites or the environment.

Altogether it is estimated that there are 150m tonnes of plastic in the world’s oceans, and over 100,000 sea mammals die from eating or getting tangled up in plastic waste.

Plastic microbeads have already been banned, and the introduction of a plastic bag charge in England has led to a dramatic fall in their use: 9bn fewer bags have been distributed, Department for Environment, Food and Rural Affairs (Defra) figures show.

A consultation will start later in 2018, and a ban could be enforced as early as next year. The European Commission is due to release its own proposal on single-use plastics next month, as part of its landmark Plastics Strategy.

Scotland has a head start on England: the Scottish government announced a consultation on plans to ban the manufacture and sale of plastic-stemmed cotton buds in January. Campaigners said it would cut the country’s marine plastic pollution by half.

Other work, such as the Treasury’s research into the impact of a levy on disposable coffee cups and a deposit return scheme on plastic bottles, is also under way in a bid to wean Britons off their polluting habits.

But sources say behaviour will not be changed through regulation and compulsion. Ministers are keen that the public should be better informed about plastics that are reusable and recyclable, and want the process to be incremental and well supported, as the plastics bag levy was when it was finally introduced.

A further incentive to avoid the use of plastics is the impact that reduced demand for the oil-based material would have on the fossil fuel industry. BP announced recently that it would “dent” demand.

There is evidence that increasingly prosperous countries of the global south are beginning to react to environmental damage and pollution. Earlier this year, China cracked down on imports of plastic rubbish, revealing how much the UK relied on sending its waste offshore.

In India, Delhi banned all forms of disposable plastic more than a year ago after complaints about the illegal mass burning of plastic and other waste at local rubbish dumps, and the air pollution it caused. The sites were supposed to operate as waste-to-energy plants.