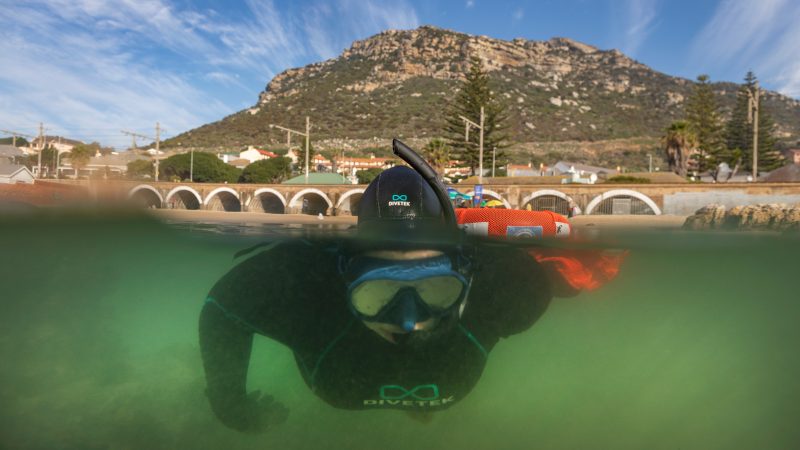 A South African volunteer free diver picks up plastic waste and other forms of litter and debris from out of Kalk Bay Harbour, Cape Town, South Africa, 12 June 2021. [EPA-EFE/NIC BOTHMA]

The European Union on Thursday (2 September) backed calls for a legally binding international agreement to reduce plastic pollution, during a UN-hosted conference in Geneva.

A German official said some 75 nations were already supporting a draft resolution circulated at the meeting, but warned that it could be years before an agreement is put in place.

France’s minister in charge of biodiversity Bérangere Abba said if the world failed to act there would be “more plastic in the oceans than fish” by 2050.

The UN Environment Programme, which is hosting the conference, has said the planet is “drowning in plastic pollution”, with about 300 million tonnes of plastic waste produced every year.

Since the 1950s, roughly 8.3 billion tonnes of plastic have been produced with around 60% of that tossed on landfills or into the natural environment.

Millions of tonnes ends up in our oceans, with the debris causing the deaths of more than a million seabirds and over 100,000 marine mammals each year.

More than 1,000 representatives from 140 countries and numerous NGOs participated in the Geneva meeting.

The draft text, presented Thursday by Peru and Rwanda with the support of the European Union, its member states and seven other countries, called for the creation of an intergovernmental negotiating committee to draft an agreement.

The text singles out the importance of microplastics — the tiny fragments that have been detected in every ocean and even at the bottom of the world’s deepest trench.

The aim should be “promoting a circular economy and addressing the full life-cycle of plastics from production, consumption and design to waste prevention, management and treatment”, the draft text said.

The proposed resolution is due to be discussed during the United Nations Environment Assembly in Nairobi next year.

“Twenty-five plus 50 before we have even started is pretty good,” he said.

“It’s very difficult to predict how long the negotiations will take. I think it will not be in months but rather in a few years to see a convention come into force.”