Digital industry afraid of being seen as a polluter, says Commission adviser 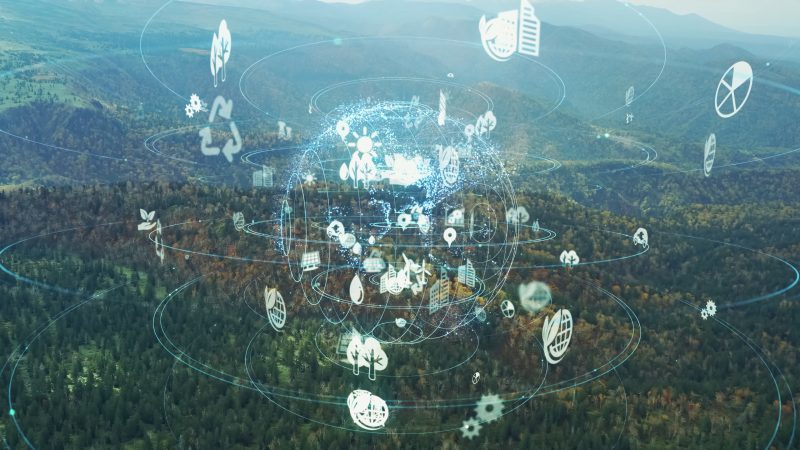 At an event hosted by EURACTIV the digital industry expressed its fears of being labelled an enemy of the green transition in the public eye, while it has much to offer to accelerate the decarbonisation of Europe. c Shutterstock

Digitalisation must be part of the solution and not a part of the problem, Alexandra Geese MEP said at a EURACTIV event on Tuesday (15 June), where the participants deliberated on the complex relationship between digitalisation and sustainability.

At the event, sponsored by Microsoft, the digital industry took to the stage to show off what it had to offer in assisting the EU’s decarbonisation efforts, as well as to ward off wayward threats.

“We have a huge part of our society that believes digital is a polluter,” said Ilias Iakovidis, European Commission adviser at DG Connect, warning that a narrative like that needed to be quashed.

Microsoft senior lobbyist Casper Klynge said that “we can become carbon negative by 2030”. Microsoft is one of 30 “leader” companies that aim for climate neutrality by 2030, and thus seek to lead from the front and take some heat off the tech companies.

Being seen as a polluter may put a stop to the digital industry’s ambitions to transform Europe’s economies, which is why the industry is making sure that does not come to pass.

“[I am paid] to make sure that the focus on the green transition doesn’t become the enemy of digitalisation,” said Klynge, adding that it would be in the EU’s interest to ensure there are no conflicts between going green and going digital.

However, the digital industry is not that heavy a polluter. The most conservative estimate would put its emissions at around 4% of the total, said Iakovidis. At the same time, the digital economy generated 6% of the then EU28’s GDP in 2020.

The simultaneous move towards green and digital is generally referred to as the EU’s twin transition, which is enshrined in the EU’s industrial strategy.

It is meant to bolster Europe’s competitiveness via digitalisation whilst decarbonising its economy and aims to harvest synergies between the processes.

European Commission adviser Iakovidis highlighted that many EU governments have separate plans for digitalisation and decarbonisation in their national recovery plans.

He warned that governments fail to recognise the synergies between digital and green investments. They thus fail to use digitalisation as an instrument to further their decarbonisation efforts.

“We need to … create the internet of energy framework,” said João Galamba, Portugal’s deputy minister for energy, highlighting the need to harness digitalisation as a way of aiding decarbonisation efforts.

“Machine learning and AI are the keys in making sure that we move the sustainability agenda forward,” said Klynge, adding that innovations such as smart grids, which would further empower renewables, will require additional investments.

Véronique Willems, secretary-general of SMEunited, warned that it will be crucial to make sure that this transition funding trickles down to the small and medium-sized enterprises (SMEs) that really need it.

She highlighted that 99.8% of companies in Europe are SMEs, making them critical in the EU’s twin transitions. That makes them the EU’s largest employer, as about 100 million Europeans are employed at SMEs.

The SME lobbyist warned that only very few SMEs had the capability to be technological innovators, whilst the large bulk of SMEs are followers that would need to be taken along for the transition.