It’s now official: the EU’s updated seven-year €1 trillion budget proposal and €750 billion recovery plan will both be geared towards the green and digital transitions.

Commission President Ursula von der Leyen made the announcement on Wednesday (27 May) in a speech before the European Parliament.

“The recovery plan turns the immense challenge we face into an opportunity, not only by supporting the recovery but also by investing in our future: the European Green Deal and digitalisation,” von der Leyen said in a statement.

Earlier plans to reserve 25% of EU spending for climate-friendly expenditure “will apply throughout” the EU’s updated budget proposal and recovery programme from the COVID-19 crisis, EU officials explained.

Spending will also be guided by a sustainable finance taxonomy, which aims to channel private investments into technologies that contribute to at least one of six pre-defined environmental objectives, such as climate change mitigation.

And a “do no harm” test embedded in the taxonomy will in principle exclude fossil fuels and nuclear power, which are seen to be undermining other environmental objectives such as pollution prevention and control.

“The ‘do no harm’ principle is very much also applying to this recovery instrument,” said a senior EU official who briefed journalists on Tuesday, ahead of the plan’s publication.

The announcement was welcomed by pension funds and asset managers at the Institutional Investors Group on Climate Change (IIGCC), who said a green recovery is “the only option” to avoid investments that would otherwise risk “fuelling the climate crisis for decades to come”.

Alignment with the green finance taxonomy “will ensure public money is helping support a cleaner, more resilient future,” said Stephanie Pfeifer, CEO of the IIGCC, which has more than €30 trillion assets under management.

Fund will support “investments and reforms”

Loans and grants distributed to EU member states under the recovery fund will need to support “investments and reforms” in the applicant country, an EU official explained, saying green aspects will be part of the criteria.

In addition, green criteria will also apply to the so-called solvency instrument aimed at shoring up companies in need of liquidity.

By adding green conditions to its recovery fund, the European Commission is also trying to restore a level playing field between rich and poor EU member states.

During the corona crisis, national governments have spent nearly €2 trillion in state aid for ailing companies and small businesses, without any green conditions attached. And 52% of that aid was spent by Germany alone, raising fears that the crisis will deepen economic disparities within the 27-member EU bloc.

“This is not an even game,” said Teresa Ribera, the Spanish ecology minister.

“Allowing countries to get an unfair advantage may create more problems” related to economic and social cohesion, she told a recent EURACTIV online event, calling for “a level playing field” where “everybody sets the same targets”. 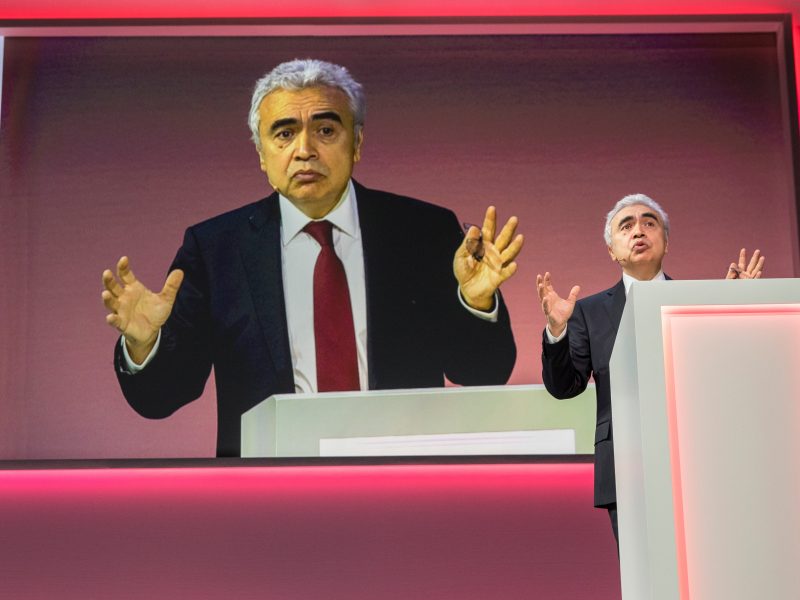 Crucially, there will be tight political oversight on how EU recovery funds will be spent.

Any request to tap into the fund “must be signed off by the Commission and the Council,” an EU official said, referring to the EU Council of Ministers which brings together the 27 member states.

The close political scrutiny is partly aimed at ensuring EU funds are spent on “investments and reforms” in the regions and sectors most affected by the crisis, EU officials said.

But it is first and foremost aimed at placating the “Frugal Four” group of countries – Austria, Denmark, Sweden and The Netherlands – who fear southern and eastern EU states lack the discipline to spend wisely.

First, EU countries will have to formally apply to the fund and submit a national plan to “explain” how it will support economic reforms agreed at the EU level during the so-called European “semester” of economic policy coordination.

The Commission will then assess national programmes against the country-specific recommendations adopted under the European semester as well as broader EU objectives such as the European Green Deal and the digital agenda.

“The link to the European semester is very important because it is the guarantee that all the recommendations that the EU is making are respected,” a senior EU official explained. “We need to ensure all the budget delivers on the priorities” such as the green and digital transitions in order to ensure “a collective ownership” of the recovery fund, the official added.

EU countries will be able to exert scrutiny by holding a vote to approve or reject national applications. The vote will take place by a qualified majority, meaning no single country will have a veto right.

The European Parliament will also be fully involved as co-legislator on the EU budget and “will therefore have a say on the whole of the expenditure,” another official added.

Countries will be able to appeal decisions if their national programmes are rejected. But decisions will be taken in full transparency, EU officials assured, adding that all approved national plans will be published online and will include details such as “investment milestones”.

Environmentalists expressed mixed feelings about the recovery plan, with reactions ranging from enthusiasm to outright scepticism.

“I commend President von der Leyen and her Commission for their 21st-century leadership and foresight,” said Sandrine Dixson-Declève, co-president of The Club of Rome, an informal high-level body of scientists, businessmen and former politicians. “They have listened to calls from economists, scientists, and NGOs to not go back to business as usual,” she said in emailed comments to EURACTIV.

Declève was particularly impressed by the Commission’s proposal to align recovery spending with the Green Deal and the sustainable finance taxonomy.

“Applying the ‘Do No Significant Harm’ principle will guarantee that we continue to build a low-carbon economy as we exit and recover from COVID,” said Declève, who sat on the Technical Expert Group advising the Commission on the green finance taxonomy.

“Make no mistake this will strengthen our economy, not weaken it. Europe has truly opted for a ‘Just Transition’, new Jobs, and innovation over a ‘business as usual’ economic model that was broken.”

The Commission plan “puts in place the necessary structure for a pan-European recovery,” said Manon Dufour, head of E3G’s Brussels office. The proposal “upholds the European vision of achieving climate neutrality and economic growth, and puts in place strong European governance to ensure that no investment made for the sake of recovery can harm the bloc’s climate efforts,” Dufour said.

However, she also warned that strong governance of the fund was “not sufficient in itself” and that the 25% climate quota in the EU budget “is too low given the scale of the challenge”.

Climate Action Network Europe, for its part, denounced a “greenwashing” campaign from the European Commission. “The proposal still allows for money to be spent on supporting fossil fuels” via regional development funding under the ‘Corona Virus Investment Initiative’, CAN Europe said in a statement.

And those rules will remain valid until 2022, it pointed out, saying: “The Commission failed to make the Green Deal the European Union’s roadmap out of the COVID-19 crisis”.

Greenpeace was slightly more nuanced, saying the Commission’s recovery plan was “patchy at best”. Even though the plan includes several eye-catching green programmes, such as home renovation schemes, taxes on single-use plastic waste and a digital tax, it does not end existing support for gas, oil, coal, and industrial farming, Greenpeace said.

“For every sensible measure there is another that keeps us dependent on fossil fuels, encourages the destruction of nature, and prolongs job insecurity,” said Jorgo Riss, director of Greenpeace EU.

“Failing to cut off industries that pollute the environment and exploit people will lead us right back to disaster,” Riss said in a statement.