Spanish workers of the Aluminum Company of America (Alcoa) protest against the planned closure of a plant in Galicia, Spain, 01 July 2020. Alcoa has referred to low aluminum prices and high energy costs causing heavy losses, making it impossible for the plant to compete internationally. [EPA-EFE/XOAN REY]

This article is part of our special report Critical raw materials.

Access to affordable energy is a key factor underpinning the competitiveness of European industries. But as the green transition gains momentum, pressure is building to put a higher price signal on energy and CO2 emissions, leaving regulators in a quandary.

When the European Commission presented its action plan on critical raw materials in September, the focus was deliberately placed on “non-energy” raw materials.

Yet, access to “low-carbon energy at competitive prices” is a fundamental building block for the competitiveness of European industries, the EU executive admits.

“Industry is the motor of growth and prosperity in Europe,” Commission President Ursula von der Leyen said as the EU executive presented its new industrial policy back in March.

“This is more important than ever as Europe embarks on its ambitious green and digital transitions,” she added, referring to the European Green Deal, which aims at cutting planet-warming emissions down to net-zero by 2050.

Green policies, once seen as a trade-off with industrial competitiveness, are now firmly placed at the heart of Europe’s revamped industrial agenda, with von der Leyen branding the Green Deal as “Europe’s new growth strategy”.

At the same time, reducing emissions across industry will depend on “a secure and sufficient supply of low-carbon energy at competitive prices,” the Commission added in its revamped industrial strategy, saying this will require planning and investment in low-carbon generation technologies, capacity and infrastructure.

Energy makes up between 5.7% and 8.4% of the production costs of industrial sectors such as basic chemicals, iron and steel, or paper, according to Frontier Economics, a leading consultancy.

However, prices can fluctuate widely between countries and industries. In certain sectors like aluminium, the energy bill can reach up to 40% of production costs, says BusinessEurope, the EU employer’s association, citing EU figures.

For big industrial users of electricity like the aluminium sector, this puts energy on the same level as any other raw material.

“Energy is a kind of ‘raw material’ for the production of aluminium and to several other energy-intensive industries,” said Coline Lavorel, public affairs director at European Aluminium, a trade association.

“As a consequence, access to clean and affordable energy across Europe is also a condition to Europe’s industrial leadership and strategic autonomy,” she added, saying that the European Raw Materials Alliance, to which the European aluminium industry participates, “should contribute to the ambition of developing a raw material policy promoting clean and sustainable electricity.”

Bringing energy prices down will be no small task.

Electricity prices in Europe are on average higher than in most G20 countries, BusinessEurope says. And pressure on energy prices will keep growing in the coming years as the EU adopts tougher climate goals.

So why is energy more expensive in Europe than in the rest of the world? The explanation boils down to one word: taxation.

“The premium that businesses pay compared with other G20 countries is largely due to taxes and levies: Without these, both electricity and gas prices tend to be more similar, except for the USA and the Middle East,” which have access to cheap and abundant supplies of domestic gas, BusinessEurope says.

This analysis is confirmed by the European Commission.

“Taxes and levies remain by far the most important source of differences in retail prices across member states,” the EU executive said in its 2020 report on energy prices and costs in Europe. “This is due to the differences in member states’ policies and fiscal instruments affecting the taxation of electricity consumption,” it said.

Even though some of these national differences were addressed in the last EU electricity market reform, “shortcomings still exist in the energy market,” the Commission added in its 2020 state of the energy union report, saying this “unnecessarily increases costs for consumers and industry”.

Fixing these shortcomings will be “the foundation for the transition of the economy towards climate neutrality,” the Commission underlined in its 2020 report on the state of the Energy Union.

But reforming Europe’s spaghetti bowl of national energy taxation schemes, state aid and other energy-related perks will be no small matter.

Among market-distorting barriers are so-called “capacity mechanisms” which reward back-up power plants for keeping on stand-by in case of demand peak. Those “have had a growing impact on the functioning of the market in recent years,” the Commission said, but its latest attempt to reform the system has mostly failed.

Also in the Commission’s firing line are fossil fuel subsidies, which have remained stubbornly high over the last decade at around €50bn per year, despite pledges made at the G20 to phase them out.

“As outlined in the European Green Deal, fossil fuel subsidies should end,” the EU executive stated. Again, those calls have so far fallen on deaf ears, with no single EU state so far having spelt out a comprehensive phase-out plan.

And then, there is the most sensitive subject of all – taxation.

“The Energy Taxation Directive does not achieve anymore its primary objective related to the proper functioning of the internal market,” the Commission argues in its 2020 state of the energy union report.

The myriad of exemptions and relief measures granted at the national level “are, de facto, forms of fossil fuel subsidies, and not in line with the objectives of the European Green Deal,” the EU executive argues, saying the upcoming revision of the energy taxation directive will aim to reform those.

Still, the biggest source of worry for energy-intensive industries is the EU’s carbon pricing mechanism, the Emissions Trading Scheme, which drives up electricity prices.

“European aluminium producers face much higher electricity prices than their main competitors in Russia, the UAE and China due to increased costs linked with the greening of power generation systems and the ETS,” Lavorel said, adding that the indirect costs of the ETS can be “up to seven times greater than the direct costs of the electricity”.

Since aluminium is priced on global markets, “European producers cannot pass on their extra carbon costs without losing significant market share and are price takers on the market,” she pointed out.

And with higher climate ambitions expected to further push up the price of CO2, “the quest to balance competitiveness and the green transformation of our industry becomes even more critical,” Lavorel warns, calling for a continuation of existing compensation schemes and distribution of free allowances under the ETS to support the sector’s competitiveness. 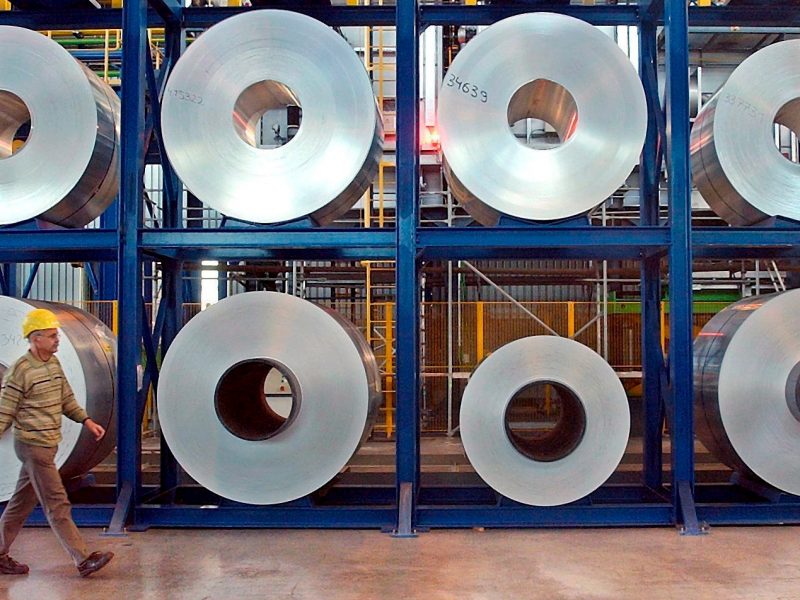 The European Commission is aware of this and is currently reviewing its state aid regime and the free allocation of ETS allowances in order to bridge the competitiveness gap between EU industries and foreign rivals in China, the US and elsewhere.

Should those countries refuse to match the EU’s climate ambition, the Commission said it will impose a carbon border adjustment mechanism to restore a level playing field in selected industrial sectors like cement or steelmaking.

As welcome as they may be, compensation schemes, state aid or carbon levies by themselves will not address the fundamental challenges faced by energy-intensive industries.

“Disruptive and breakthrough innovation is the only way to move primary aluminium production towards carbon-neutrality and reduce direct emissions in the production process,” Lavorel pointed out. The technologies are there, she said, “but most of them are still at a low technological readiness level and will require massive investment, that the industry cannot bear alone”.

At the same time, the carbon market was precisely designed to drive up energy prices, and provide an incentive for industries to invest in efficiency measures and other low-carbon solutions.

“With a high carbon price, investments will further prop up renewable energy that is already cheaper than any fossil fuel,” said Wendel Trio from Climate Action Network, an NGO.

At the end of the day, “this will obviously benefit businesses, industries, but also households,” he added. 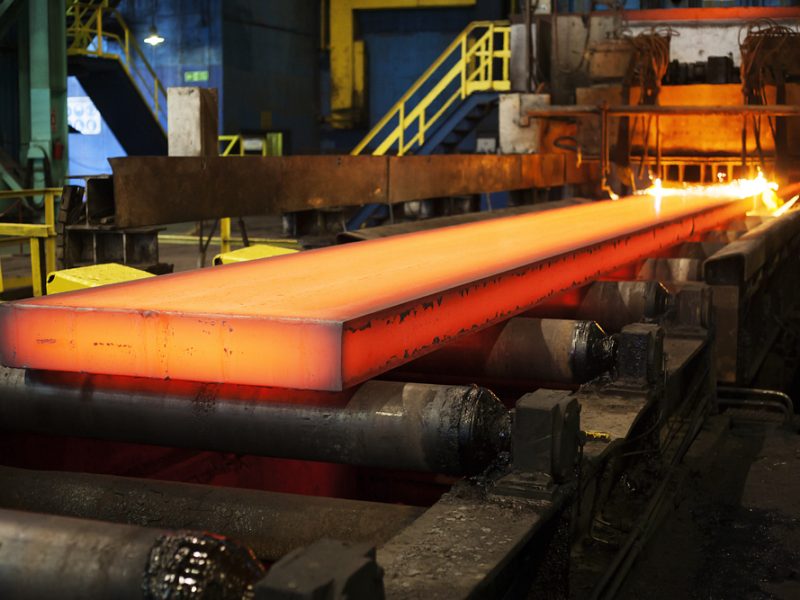