The European Investment Bank (EIB) decided on Thursday (14 November) to scrap financial support for fossil fuels from 2021, after marathon talks ended in a compromise that has been hailed as “a significant victory” for green policies.

It took an entire day of negotiations for sceptical countries like Germany and Italy to sign up to the EIB’s ambitious review of its energy lending policy, which is set to transform the EU lender into a fully-fledged ‘climate bank’.

Under a compromise fleshed out during the talks, the EIB’s initial proposal to scrub its loan books of fossil fuel projects by 2020 is extended to 2021 in order to placate countries that wanted more flexibility for gas projects.

It will mark a drastic change for the triple-A rated lender, which according to figures compiled by NGO Bankwatch lent €13.5 billion to the fossil fuel sector between 2013 and 2018

The extended negotiations paid off as Germany, which is one of the EIB’s largest shareholders, eventually backed the updated policy, cancelling out the negative votes of Hungary, Poland and Romania.

Berlin had originally threatened to abstain from any vote, after its various ministries could not agree on a common position. That risked another delay, after the bank cancelled a previously scheduled ballot in October. 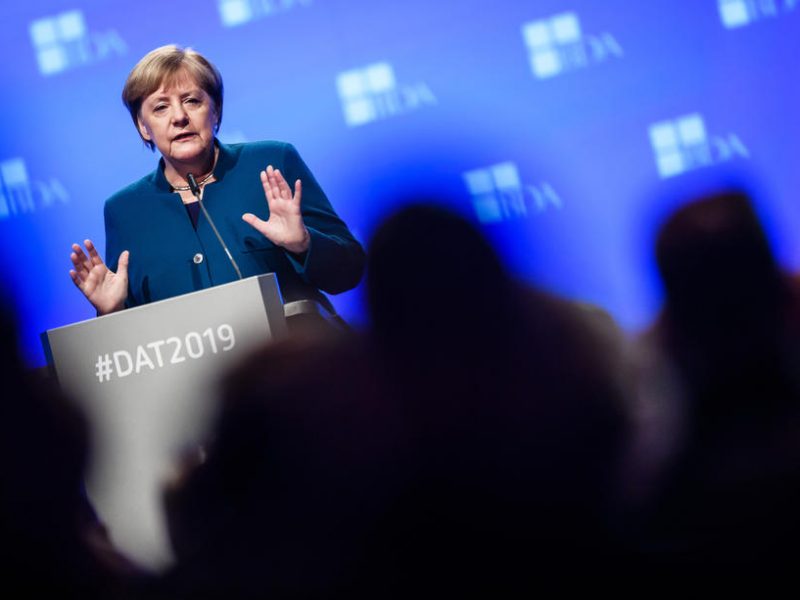 Bank President Werner Hoyer said that “today [the EIB] has decided to make a quantum leap in its ambition. We will stop financing fossil fuels and we will launch the most ambitious climate investment strategy of any public financial institution anywhere.”

Vice-President Andrew McDowell, whose compromise tabled last week laid the groundwork for yesterday’s deal, confirmed that “we have reached a compromise to end financing of unabated fossil fuel projects, including gas, from the end of 2021”.

The new policy will also increase the upper-limit of project financing, currently set at 50%, to 75% for ten lower-income countries, in order to address “specific energy investment challenges”.

All member states will be able to access that higher financing ceiling for certain renewable energy projects, another compromise point that won over some countries who flinched at the two-tier policy that had started to emerge.

The bank will also increase its support for the European Commission’s upcoming Just Transition Fund. 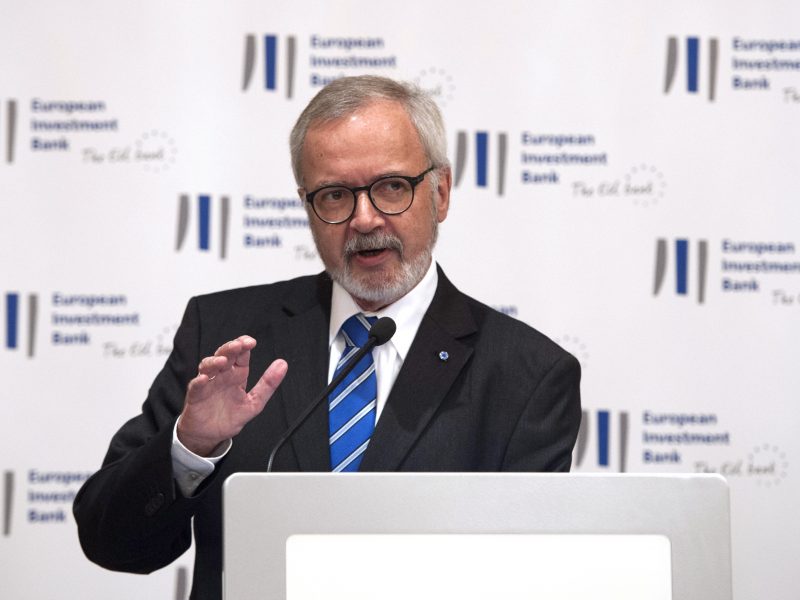 Extending the cut-off point for gas projects was key in securing the blessing of the Commission, which had pushed back against the 2020 date in order to shore up its own plans to push natural gas as a transition fuel.

In a statement, the Commission said it is “satisfied that the EIB Board of Directors found an agreement on a transition arrangement for the phase-out of gas projects, including vital interconnection and gas storage projects”.

McDowell had originally proposed that so-called projects of common interest (PCIs) should be eligible for the 2021 deadline but that was eventually rolled out to all fossil fuels.

Greenpeace campaigner Piotr Wojcik warned that “Europe cannot afford to waste one more day or one more euro on fossil fuels. All fossil fuel funding should be banned, including for fossil gas.”

Industry group Eurogas said the update “will support the deployment of carbon capture and storage (CCS), power-to-gas, hydrogen and biogas. Investments in gas infrastructure will deliver these technologies that all support the achievement of the 2050 carbon neutrality target.”

Secretary-General James Watson added in a statement that: “Importantly, the Bank will continue to support projects to deploy small gas boilers, which help to improve air quality and reduce greenhouse gas emissions in areas still using solid fuels or oil for heating.”

Exemptions in the new policy will allow continued funding for power plants that emit less than 250g of CO2 per kilowatt/hour of electricity generated, after the bank’s existing so-called emissions performance standard was scaled back from 550g.

The new rules will also make allowances for low-carbon gases such as biogas and hydrogen. Greenpeace insisted in a statement that a scheduled review in two years “should provide the EIB with the opportunity to close all remaining loopholes”.

Friends of the Earth Europe’s Colin Roche said that “today’s decision is a significant victory for the climate movement” but that “2021 is still too late if we are to avoid the worst effects of climate breakdown”.

A number of countries could not make their peace with the new policy though and Cyprus, Estonia, Lithuania and Malta all abstained due to lack of flexibility on gas. Austria and Luxembourg sat out the vote due to what they perceived as a weak line on nuclear.

A piece of the climate puzzle

The Netherlands was a long-time backer of the EIB’s ambition though and its EU representation hailed the agreement as “an important step to achieve a climate neutral EU by 2050”.

At the December European Council summit, the Commission’s plan to slash greenhouse gas emissions to a net-zero level will be back on the table. Only the Czech Republic, Hungary and Poland are still yet to give the strategy their blessing.

According to the 2050 plan, more than €500 billion will be needed every year to decarbonise the entire EU economy by mid-century. The EIB now claims its new policy will unlock €1 trillion in investments before 2030.

EIB Vice-President Emma Navarro also said “two weeks before the UN climate change conference in Madrid, these decisions send an important signal to the world: the EU and its bank commit to mobilise investments on an unprecedented scale to support climate action.”

As the bank is one of the most respected and largest lenders in the world, its policy direction is likely to be mirrored by other money-houses. Bankwatch’s Anna Roggenbuck said that the EIB’s “laudable” decision should mean “other international financial institutions should follow suit”.

The wheels for that may already be in motion. On 13 November, the African Development Bank said it would not invest in a new coal power plant in Kenya, while the European Central Bank is reportedly looking into including climate change risks in its stress tests.

According to high-ranking EU officials contacted by EURACTIV, the EIB decision could be the key that unlocks a number of other climate-related issues, including the 2050 strategy, the ongoing long-term budget talks and the soon-to-be-launched Green Deal.

Incoming Commission President Ursula von der Leyen has pledged to make the Green Deal the foundation stone of her executive’s mandate and the broad strokes of the policy are due to be presented on 11 December.

“For the EIB to stop funding fossil fuel projects is a game-changer that begins to deliver the EU’s vision for climate leadership as laid out in the Green Deal,” Eliot Whittington, director of the European Corporate Leaders Group, told EURACTIV.

Von der Leyen is still struggling to get her Commission ready to take power on 1 December as currently planned, after Hungary’s Commissioner pick failed to convince the European Parliament and the United Kingdom refused even to name a candidate.

But the EIB development does make it easier to fulfil one of the pledges she made during her summer attempts to win support from MEPs for her own candidacy: that of transforming the lender into a fully-fledged climate bank.

Around 30% of the EIB’s activities can be considered green and the revised policy makes the goal of increasing that figure to at least 50% far more likely.