The European Investment Bank will decide on Thursday (14 November) whether or not to purge its loan books of fossil fuel projects. All signs point to the EU lender striking a compromise with countries like Germany and Italy, which want more leeway for new gas projects.

In a draft update to its energy lending policy published in July, the EIB proposed to “stop lending to fossil-fuel energy projects by the end of 2020″, in a move meant to make the bank’s actions compliant with the Paris Agreement on climate change.

But the 28 EU member states, which jointly own the EIB, looked to water down that ambitious update over the last three months. So much so that the bank’s leadership postponed a decision on the policy from October to November.

Now the EIB is set to offer a compromise intended to win consensus among its 28 shareholders, which would include delaying the 2020 phase-out deadline for certain projects and offering advantageous lending conditions to all member states.

In a letter to the bank’s board of directors dated 5 November, EIB Vice-President Andrew McDowell, who oversees energy policy, offered to amend the current draft of the update when it comes to gas projects that have obtained the blessing of the European Commission.

“The deadline for appraisal and approval of gas projects on the 4th list of Projects of Common Interest (PCIs) co-financed by the ED budget (and not just the Connecting Europe Facility) could be extended by one year – until end 2021,” the letter reads.

Extending the 2020 deadline is a clear nod to the Commission, which has lobbied for more time for gas since the draft proposal was first published. A source within the EU executive told EURACTIV that McDowell’s new date is more in line with the institution’s thinking.

Although the Commission has no EIB voting rights and only fulfils an observer role, it could be asked to cast a deciding vote if member states were deadlocked. Its advice also carries a great deal of weight.

The true impact of the extension is hard to predict though, as many EIB-supported gas projects are not actually listed on the PCI list. Germany and Italy could therefore push for more exemptions.

McDowell’s letter also suggests that renewable energy projects could be eligible for financing worth 75% of costs and that all member states should be allowed to access the advantageous terms offered by the triple-A rated lender.

The letter stipulates that increased funding could be offered “as long as the projects provide a high policy value and where the EIB involvement accelerates the implementation of the project”.

That would include “projects which support core dimensions of the renewable energy directive such as market integration, community schemes, cross border schemes etc., or technologies at a relatively early stage of deployment”.

Richer member states had initially flinched at the EIB’s initial proposal to offer a 75% upper limit on all energy financing, instead of the normal 50%, to just ten countries that qualify for the EU’s Modernisation Fund.

The extension of favourable terms to all 28 current bank shareholders is meant to appeal to countries like Italy and Spain, who were set to miss out on more cash.

Bulgaria, the Czech Republic, Croatia, Estonia, Hungary, Latvia, Lithuania, Poland, Romania and Slovakia are all eligible for the Fund and are expected to be the main beneficiaries of the much-touted Just Transition Fund (JTF).

The JTF is still being drafted by the Commission but to sweeten the pot, McDowell proposed in his letter to make the EIB’s commitment to the policy more explicit.

The EIB letter makes two other notable compromises, on “low-carbon gases” and the politically-sensitive issue of nuclear power.

In the earlier draft of the policy update, the bank suggested it “will support investment designed to adapt existing infrastructure towards a credible, imminent high blend of low-carbon gases”.

But the new deal on the table tweaks the language and instead says it “will also support the rehabilitation and adaptation of the existing gas infrastructure that is needed for the integration of low-carbon gases and in particular hydrogen”.

Climate NGOs have decried the bank’s backtrack on both the timeline, by removing “imminent”, and the scale of the transition, by scrapping “high blend”.

To avoid alienating pro-nuclear shareholders, the EU bank has also elaborated that the proposed update effectively makes no changes to its existing policy on the “highly sensitive” issue of atom-smashing.

“Accordingly, and for the purposes of this review, the Bank’s eligibility conditions for support for nuclear power generation and fuel cycle projects remain unchanged from the previous policy approved by the Board in 2013,” McDowell writes.

But in a nod to nuclear-opponents like Germany and Austria, the vice-president also points out that the EIB “financed only two nuclear-related projects – for safety works on two operating nuclear power units – as well as one research project on nuclear fusion”.

Indeed, the EU lender last put up money for a new build in the early 1990s and there is little appetite to break that trend anytime soon.

That means any potential EU funding would only go to safety improvements, some of which could be linked to the lifetime extension of nuclear power plants. 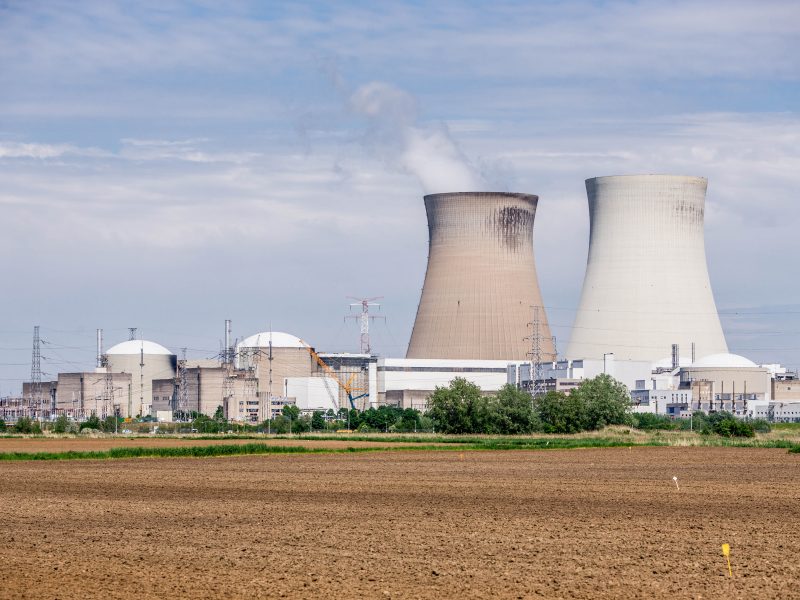 The European Court of Justice, responding to a case brought by two environmental pressure groups, found the …

Deal or no deal?

EIB President Werner Hoyer told reporters on Monday (11 November) that it was too soon to predict Thursday’s decision, despite support from the EU’s finance ministers on Friday, who signed a joint statement in favour of scrapping fossil fuel funding.

Hoyer acknowledged that the communique was “very encouraging and motivating” but added that “everybody is waiting for how things are going to move on at the board of directors of the EIB this week”.

Although support from finance ministers is a strong signal, it does not guarantee a similar result at the bank’s HQ in Luxembourg, given the delicate nature of financial decision-making at national level.

An EU diplomat confirmed to EURACTIV the uncertainty of the vote, citing the fact that 25 countries currently back a Commission plan to go carbon-neutral by 2050 but that the same 25 are not aligned around the EIB proposal.

Environmental legal group ClientEarth announced on Tuesday that failure to ditch fossil fuels would be “a clear breach” of the bank’s legal duties. Its lawyers cited the EU’s commitments under the Paris Agreement and ECJ rulings.

“The EIB has been progressive so far on climate issues but it must not be undermined […] at the last moment. It is 2019 – the horrifying impacts of climate change are materialising around us and public money must no longer be spent on fossil fuel projects,” said CEO James Thornton.

Next review in three years

McDowell’s last-ditch letter may contain one trump card though: he proposes a review of the updated energy policy three years after it comes into effect, in order to take into account ongoing talks on EU-wide sustainability criteria.

Negotiations on a common standard to grade green financial products are now ramping up, with nuclear power expected to provide the final difficult obstacle.

Von der Leyen’s incoming Commission will be hopeful that the EIB can get the ball rolling on crucial green structural changes, as its own agenda is heavily geared towards environmental policies.

That includes an overarching Green Deal, a new climate law and increased funding for green projects. Von der Leyen also wants the EIB to funnel half of its investments into climate schemes. Currently, only around 28% are allocated that way.