In total, the OFCE estimates that France could make €3 billion in revenue off this new tax, which would cost taxpayers three times less than Macron's previously proposed climate-energy contribution.

EU Commission President Ursula von der Leyen’s call for a carbon border tax last December has serious advantages over the carbon tax applied to energy in France. And according to the main conclusion of a study carried out by the French Economic Observatory (OFCE) on its potential consequences, the Commission’s proposal would be three times cheaper and much fairer than the French proposal.

It would involve taxing imports coming into Europe at the level of the European carbon market, which currently stands at around €25 per tonne. This would raise the price of many goods manufactured in China, such as metals, household appliances, vehicles and glass.

In France, the average household’s carbon footprint is 24.5 tonnes per year, 37% of which comes from goods imported from outside the EU, which are currently not subject to a carbon price.

If a French company imports steel made in Germany, the German steelmaker will already have paid a carbon price through the European carbon market. Chinese steel, on the other hand, will be cheaper because China doesn’t apply a carbon levy on its industry. But once a carbon adjustment mechanism is implemented at the EU’s external borders, Chinese steelmakers will have to pay a price based on their product’s carbon footprint when entering the European market.

In total, the OFCE estimates that France could make €3 billion in revenue from this new tax. It would also cost taxpayers three times less than President Emmanuel Macron’s previously proposed climate-energy levy. And, although energy consumption is not very price-elastic, a change in the price of products imported from outside the EU could lead to goods being substituted, without affecting the wallets of consumers too much.

“The ability of households to change their consumption patterns would be greater; and if the purpose of the tax is to change consumer behaviour, the effects will be greater than on energy”, said Paul Maillet, an OFCE researcher and co-author of the study.

The tax would not result in a significant tax shock, the study adds. It would represent €87 per household, compared to €176 for the French carbon tax. 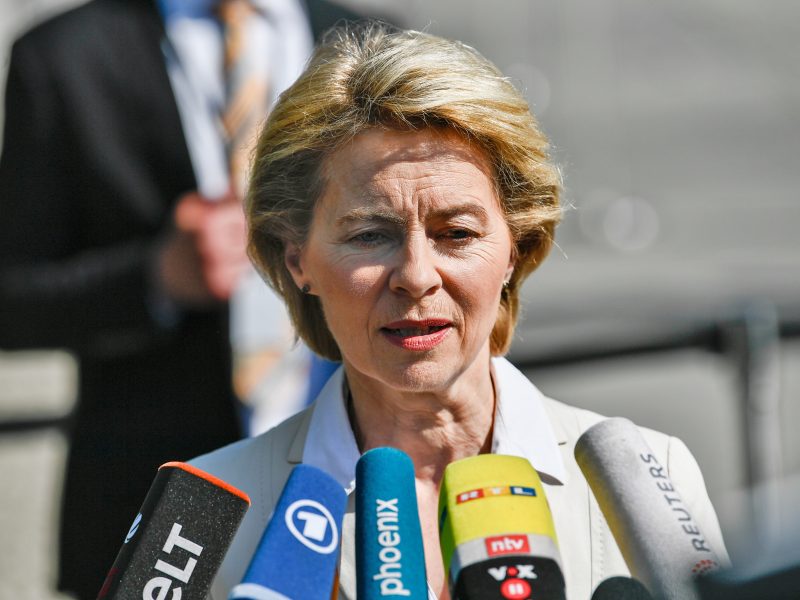 It remains to be seen whether the carbon border tax will see the light of day, as it would represent a real leap into the unknown.

“Many people talk about it, but nobody has ever seen it in action!” said Paul Malliet, who believes that for the time being the carbon is mainly a diplomatic tool to motivate EU partners to put a price on carbon.