LNG terminal in Barcelona. “Any investment which is done now, including new LNG facilities, needs to put this question: is this decarbonisation-fit?” an EU official has said. [Shutterstock]

But that won’t mean the end of gas, far from it. By 2050, “clean gases” – mainly hydrogen and biomethane – could make up between 30% and 70% of total gas use, according to EU projections.

The challenge, therefore, is to make sure investments made today are future-proof and do not lock Europe into climate-wrecking fossil gas, said Florian Ermacora, a senior official at the European Commission’s energy directorate.

“It’s clear that, if we want to go for a carbon neutral Europe in 2050, natural gas will not be able to do the job of decarbonisation,” the official told a Brussels event earlier this week, which focused on the role of liquefied natural gas (LNG) in a zero-emission economy.

“Yes, we need gas, but we also need to think about how to effectively decarbonise gas,” he told delegates at the event, supported by the Florence School of Regulation and GasNaturally, an industry campaign group.

The EU’s 2050 climate neutrality goal also means that “we cannot rely for decades on imports of natural gas,” the official continued, suggesting that Russia, Norway and the US would need to conform gas exports to EU rules.

“Any investment which is done now, including new LNG facilities, needs to put this question: is this decarbonisation-fit?” Ermacora said.

And that means sticking to a key principle, he said: “No lock-in into natural gas”.

The clarification appeared necessary. The European Commission attracted much criticism last year when it proposed a list of energy infrastructure projects eligible to receive EU funding. Although most projects on the EU list of Projects of Common Interest (PCI) were related to renewable electricity interconnections, it also contained 32 gas projects, including the construction of new LNG terminals.

These make “a mockery of the EU’s promises to create a climate neutral Europe,” environmentalists said at the time, insisting that no fossil gas projects should receive EU money.

In response to critics, the Commission now says all energy infrastructure on its PCI list will need to be future-proof in order to be eligible for EU funding. And while the inclusion of a project in the list “is a precondition” to receive EU funds, “it is not a guarantee,” an EU spokesperson added.

“We need a future-proof infrastructure policy for Europe,” said Kadri Simson, the EU’s energy commissioner, who gave a speech in front of the European Parliament’s industry committee yesterday (23 January).

“This requires upgrading some existing infrastructure and assets, to ensure they are fit for purpose and climate resilient,” she said, announcing a review of the EU’s energy  transport infrastructure regulation (TEN-E) “by the end of this year”. The updated EU rules, she said, will support “infrastructure such as smart grids, hydrogen networks or carbon capture, storage and utilisation,” as well as “energy storage” and “sector integration”.

For the gas sector, that means a gradual break from the fossil fuel era.

“While we recognise the role of gas as a transition fuel, the main focus of support from the EU budget will be on investments in climate-proof energy solutions, including decarbonised gases such as hydrogen,” an EU spokesperson told EURACTIV.

This means projects on the EU’s PCI list may now have to be re-assessed against the objectives of the European Green Deal, and EU’s 2050 climate neutrality goal in particular, said Pascal Canfin, a French MEP who chairs the European Parliament’s environment committee.

However, the EU will not stop funding gas infrastructure altogether, the spokesperson pointed out, saying gas projects on the list “have been considered important for energy security, for diversifying supply sources and for connecting Member States and markets for the benefit of EU businesses and citizens”.

And while electricity and smart grids account for more than 70% of the projects on the list, the need to reinforce gas connections is still seen as crucial for countries and regions that are dependent on Russian gas.

“Eventually low-carbon gases such as hydrogen, biogas and synthetic gas should progressively replace natural gas. What will be key is that the infrastructure we build in the future is ready to support these new energy carriers,” the spokesperson told EURACTIV.

“We need molecules” as well as electrons

Achieving net-zero emissions will require massive investments in renewables and sweeping electrification in all sectors of the economy, including transport, heating, and industry, the Commission believes.

But “electricity on its own won’t do the job,” Ermacora said. “We need molecules as well,” he pointed out, saying “not everyone appreciates how natural gas is helping to replace coal” in energy generation and in industrial processes. And LNG there can play a role, he continued, saying “LNG has big benefits for decarbonisation, affordability and security of supply”.

In the long-term, however, he said the Commission was looking at alternatives to fossil gas and into the development of new “energy carriers” like hydrogen to decarbonise industries that cannot be directly electrified.

But that raises a number of “fundamental questions” about the availability of these new gases, Ermacora said. For instance, “what will decarbonised gas look like, what will it be, how much biomethane will be part of the gas mix? What about Green hydrogen? Will we have enough renewable electricity in Europe to produce the green hydrogen that we need to decarbonise all those sectors which could not be electrified?”

All these are questions that remain to be answered, Ermacora said.

Still, the Commission is convinced that a hybrid energy system, combining gas and electricity, will be more resilient and will achieve deeper carbon cuts than a fully electrified economy.

“The objective is to achieve carbon neutrality at the lowest possible cost, by building a smart, flexible and resilient energy system,” said Kadri Simson, the EU’s energy commissioner. “Such a smart system will need to make full use of electricity. But it will also rely, to some extent, on decarbonised gases,” Simson told lawmakers on Thursday, saying she will present “a strategy for smart sector integration” by June 2020.

For the gas industry, the benefits of LNG are obvious in the energy transition. Because it can be stored for long periods of time, LNG and other liquid gases like hydrogen can act as a complement to electricity – especially in winter time when demand for heating is high.

“All scenarios show that we will miss the 1.5C and even the 2C target and that an all-electric solution does not work,” said Vincent Demoury, from the International Group of Liquefied Natural Gas Importers (GIIGNL), a non-profit group.

“Even if we achieve high electrification rates, we will need massive flexibility that batteries alone cannot provide. And we will need gaseous energy carriers to store energy and to deliver it when it is needed – in the medium and the long term,” he said.

Demoury said all countries that have been able to reach high shares of renewables have been able to do so thanks to the availability of flexible generation capacity that can be ramped up quickly. “And this is what gas-fired plants are good at,” he remarked. 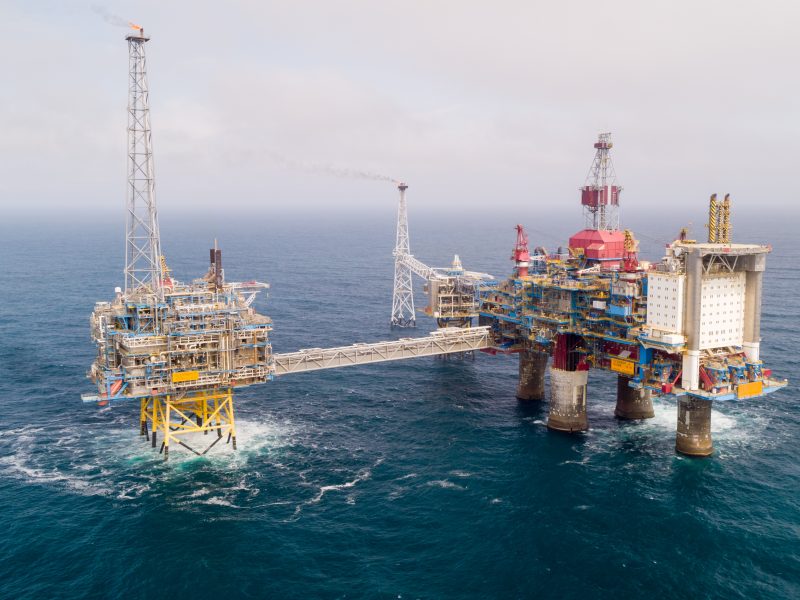