The Port of Rotterdam plans to create a CO2 transport hub to collect emissions from nearby industrial installations. The CO2 would be transported via a pipeline network for injection in depleted oil and gas fields in the North Sea. [Shutterstock]

The European Commission has clarified how it intends to support carbon capture and storage (CCS), a key technology in the fight against global warming which supporters say will enable deep emission cuts in heavy industries such as cement, steel and petrochemicals.

“We know there will have to be a public subsidy for CCS to make it happen in the coming years,” Runge-Metzger said.

“We’re preparing the ground,” he told participants at a EURACTIV event on Monday (8 July).

CCS technology involves capturing carbon emissions from polluting factories and burying them underground, usually in depleted oil and gas fields. The technology, spearheaded by Norway, was initially touted as a silver bullet to cut emissions from coal power stations but failed to take off as renewable energies became cheaper.

Still, CCS is seen as one of the few options available to address emissions from process industries such as cement and petrochemicals, which are heavily carbon-intensive.

In the past, the European Commission has poured money into CCS demonstration plants, splashing more than €500 million over the last decade into costly projects that ended up never seeing the light.

Those projects were not commercially viable, Runge-Metzger admitted, citing high running costs as one of the main reasons behind their failure.

Now, the Commission has changed tack and is looking at supporting entire carbon storage and utilisation value-chains that can benefit several industrial installations at the same time, Runge-Metzger told participants at the EURACTIV event, supported by Shell.

“If you look at past Commission programmes, we were always looking at covering the capital expenditure” of CCS demonstration plants or research and innovation programmes, said the German EU official.

The next generation of CCS funding will “go beyond that and also look at operational expenditure,” he told participants at the EURACTIV event.

A key area of interest is pipelines and transport systems for CO2 that can serve several industrial installations, Runge-Metzger pointed out. “If you want to couple different sectors, you need pipelines,” the official pointed out, drawing parallels with railway networks that link up different cities together.

“Very clearly, we will look at networks in some of the funding instruments,” the EU official said, citing money available under the Connecting Europe Facility (CEF) to support CO2 pipelines, such as the one currently being developed by the Port of Rotterdam Authority. Similar CCS infrastructure plans eligible for EU funding include the Northern Lights project in Norway and and a hydrogen transport hub in the north of England.

But national governments also have an important role to play, Runge-Metzger stressed. “Don’t expect that Brussels is going to solve it all. That is not going to work,” he warned, reminding that national authorities are responsible for running the infrastructure networks on their territory.

“From our end, we are ready,” the EU official said.

Green NGOs are lukewarm about CCS, however. While they recognise that CCS will be needed to bring industrial emissions down to zero, they say other technologies should be given higher priority.

“There are easy to grab solutions around material efficiency, recycling and reuse” which should be explored first, said Imke Lübbeke, head of climate and energy at the WWF’s EU policy office.

“Clean technology breakthroughs require further support before we look into CCS as the silver bullet,” she stressed, citing the cement industry, which Swiss researchers said could cut emissions by 80% without CCS.

Fundamentally, environmentalists are suspicious that carbon capture technology is being used as an excuse to prop up polluting industries longer than necessary. “We have a lot of questions in clarifying the exact role of CCS,” said Imke Lübbeke.

“CCS for us is not at all justified to prolong the use of fossil fuels. We think the political will on deploying a transition to clean technology is the first thing we have to do,” she said.

Runge-Metzger partly agreed with Lübbeke, describing CCS as a “residual” technology. But he also says CCS needs to be supported now if it is ever going to be deployed on a borader scale later on. “It’s pretty clear that we will need carbon capture and storage” in order to reduce emissions to net-zero in the coming decades, the EU official said.

Shell also emphasised the need to plan early in order to have industrial-scale CCS facilities up and running in the coming decade.

“To sit there and wait, we’re going to give ourselves problems,” said Syrie Crouch, vice president at Shell in charge of venture development for the upstream oil and gas business.

Overall, it took Shell ten years to deliver the Quest project, which tackles emissions from its oil sands business in Canada, Crouch said. And such a project was made possible thanks to close collaboration with local NGOs and government authorities in Canada, she pointed out.

“So if we want to move in the CCS space, the first thing we actually need is a really tight working relationship” with NGOs and governments, Crouch said. “We need the governments, we need regulation, we need legislation and incentives,” she insisted, saying those could be both “positive and negative”.

Chris Davies is a British Member of the European Parliament from the Liberal party and one of the leading policymakers behind the EU’s first attempt at deploying CCS. Speaking at the EURACTIV event, he said there had been “effectively no progress” during the past five years on CCS at EU level.

According to Davies, the oil and gas industry shouldn’t be expected to solve the CO2 problem on its own. No company wants to be the first-mover on CCS, he explained, because there is no business case for it at the moment. “The advantages of being a first leader simply don’t exist,” Davies said. 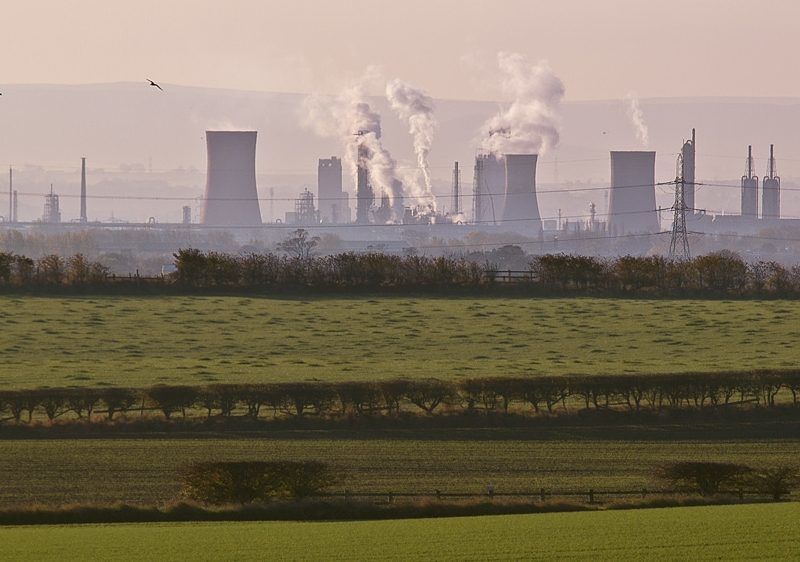 “We need a certificate system,” Davies said, so that avoided CO2 emissions can be registered and credited under the EU’s carbon trading scheme. “There needs to be a source of revenue for member states to encourage this investment,” he argued, echoing a proposal from Shell to deliver CO2 credits for captured emissions under the EU ETS.

But Davies also attacked oil and gas companies for spending too little on CCS advocacy.

Drawing attention to Shell’s €21.4bn profit made in 2018, and to the “huge salary increase” the company gave its CEO, Davies said the oil and gas major “probably spends more money on the CEO’s toilet than they do on CCS advocacy in Brussels. Because I assume he probably sits back and reads the Financial Times during this period of relaxation.”

And Davies said the criticism applies to other oil and gas companies, not just to Shell.

“I just get fed up with the oil and gas companies coming out with this greenwash,” he exclaimed. “I don’t want to see possibilities, I want you to spend the money…on advocacy campaigns for CCS,” Davies said in reference to BP’s slogan, “We see possibilities”.

“The only reason we do climate change legislation” and support carbon capture technology “is because the IPCC says the world is stuffed if we don’t.”

Davies’s criticism echoes remarks by Miguel Arias Cañete, the EU commissioner for energy and climate action, who challenged oil majors to provide more support for CCS than they are currently doing.

“Oil and gas companies are often seen as being close to the source of the climate change problem,” Cañete said earlier this year. “However, if thanks to their engagement, CCS becomes a proven and financially viable solution, they could become part of the solution,” he added.