European Union countries will rally behind the bloc’s plan to massively expand building renovations to cut emissions, according to a draft document, but it did not explicitly endorse using legally-binding energy performance standards to do it.

Brussels is encouraging EU countries to use building renovations to boost construction sector jobs and aid economic recovery from the coronavirus pandemic, while upgrading the energy-guzzling buildings that produce more than a third of the EU’s CO2 emissions.

The European Commission proposed plans in October to more than double the annual rate at which EU buildings are renovated to improve energy performance.

EU countries are negotiating their response to the proposals. A draft of their response, seen by Reuters, would see countries rally behind the call for a “massive increase in renovations towards nearly zero-energy levels”.

However, the draft document did not explicitly back a key part of the Commission’s plan – the introduction of legally-binding EU minimum energy performance standards for existing buildings, which the Commission will propose later this year.

The aim would be to set a date, years in advance, when the standards would become binding, to push building owners to upgrade properties in time to comply.

The draft said linking minimum energy performance standards to renovations “may, in particular if accompanied by training and qualification schemes for building professionals, be an efficient way of ensuring more extensive renovations”.

If the EU wants to raise its renovation rate, there is “no alternative” to using mandatory minimum energy performance standards, said Brook Riley, head of EU affairs at insulation manufacturer Rockwool Group. 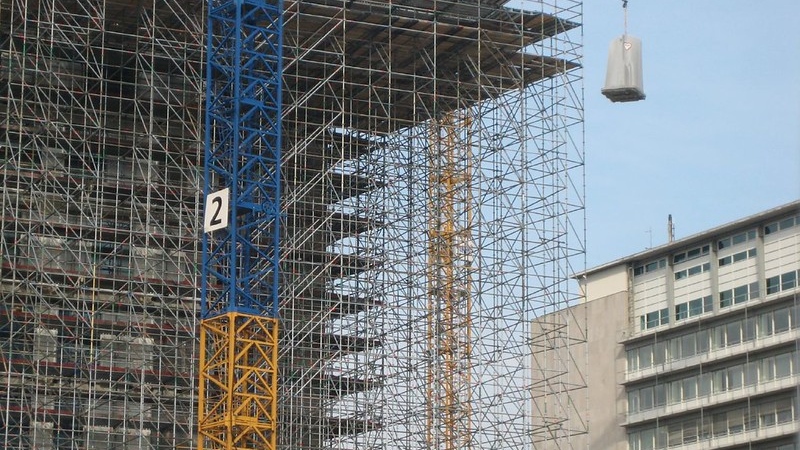 Words into action: all hands on deck to make Renovation Wave a reality

Member states need to roll up their sleeves and start working on implementing national and local renovation waves across Europe, writes Oliver Rapf.