The Court of Justice of the European Union has issued an emergency ban on logging in Poland’s protected Białowieża Forest. Warsaw replied on Monday (31 July) that it will continue with its “protective” harvesting.

A March decision by the Polish government last year saw large-scale logging approved in what is considered to be Europe’s last primeval forest.

Friday’s (28 July) ruling from the Luxembourg court imposed an immediate ban on wood harvesting as concerns about serious and irreparable damage to the forest fuelled the decision.

On 13 July, the European Commission asked the court to issue a ruling that would ”suspend the works immediately”.

The European Commission has told Poland to stop large-scale logging in one of Europe’s last primaeval forests and has sought a court order to make the country “suspend the works immediately”.

Białowieża Forest is one of the last remaining parts of the once immense primeval woodland that stretched across Europe. It is home to 800 European bison, extends into EU-neighbouring Belarus and is included on UNESCO’s list of world heritage sites.

Polish Environment Minister Jan Szyszko in early 2016 approved measures that would allow loggers to harvest more than 180,000 cubic metres of wood from areas of the forest over the next decade. That was an increase of over 400% compared to previous plans for the same period.

The court ruling took the form of ‘interim measures’, a set of extraordinary legal tools that can halt any action that is the subject of court proceedings. That means the ban will stay in place until EU judges come to a final decision.

Interim measures are used quite rarely by the ECJ. ClientEarth lawyer Agatha Szafraniuk explained that “emergency measures like this ban have only been used three times in nature conservation issues”. 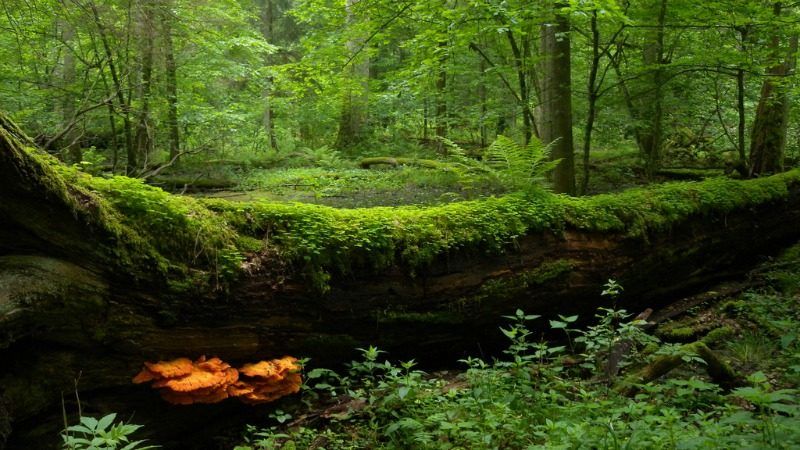 The EU warned Poland on Thursday (27 April) it may take legal action to stop logging in a UNESCO World Heritage forest, risking a new clash with Warsaw’s right-wing government.

But Poland today insisted it will continue with its “protective” measures. A representative of the country’s forestry agency said in a news conference that “we have to fulfil the protective measures plan”.

The European Commission replied that Warsaw has to respect the injunction. Spokesperson Mina Andreeva told reporters that all member states “are obliged to comply with interim measures by the Court”.

Szafraniuk added that one of those instances was a decade ago when a plan by Szyszko to build a road through a valley in Poland was halted and subsequently scrapped. The lawyer said that “we hope that this time the outcome will be similar.”

The environment minister in June called for the forest to be stripped of its protected status, which he claimed was granted “illegally”, so that people can intervene in order to prevent forest fires and tackle a bark beetle infestation.

Scientists, activists and the EU itself disagreed with the decision. Greenpeace denounced it as merely cover for industrial scale logging.

Agatha Szafraniuk added that “so far there is no case in which an interim measure of the Court was not respected. If Polish authorities do not follow that decision, it will be a serious conflict with EU law.”

Poland has several days to react to the ECJ decision. Should Poland lose the main case, it could be fined a lump sum of more than €4m and possible penalties of up to €300,000 for every day in which Warsaw fails to adhere to the court’s decision.

This decision risks cooling Brussels-Warsaw relations even further, after the Commission decided on Saturday (29 July) to launch an infringement procedure against Poland over measures affecting the judiciary.