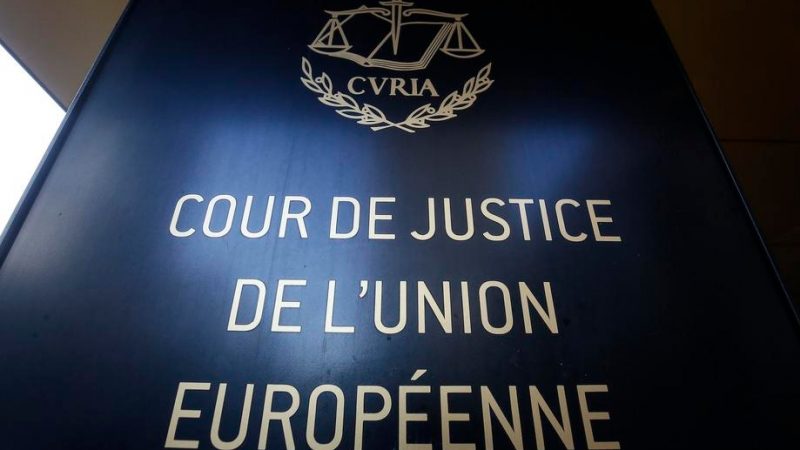 The Commission failed to adequately look at safer alternatives for the harmful substance, according to the Court [JULIEN WARNAND / EPA-EFE]

The judgement sets a precedent that will “tighten the screw” on the way companies use dangerous chemicals, said ClientEarth, a green pressure group.

The case was brought by the Swedish government over lead chromate pigments in paint. These can be used in road markings, metal paints and industrial plastics, but are highly hazardous and are registered as substances of very high concern.

The Commission had allowed a Canadian company to sell red and yellow pigments containing this substance as it claimed there was a lack of suitable alternatives. But Sweden argued it had not used this substance in paint for 30 years, meaning safer alternatives were available.

The ruling upheld a previous judgement in March 2019 which said the Commission had made an error in law and failed in its obligations to verify the unavailability of a safer replacement, which the Commission had appealed against.

“We are glad to see this ruling from the European Court of Justice, which sends a strong signal that safer alternatives are available and cost-effective transition away from lead paint is both possible and feasible,” said Dr Sara Brosché of the International Pollutants Elimination Network, an environmental group.

“The verdict also means that the EU will no longer be a source of lead paint for other countries but instead a positive force for the global movement away from lead paint,” she added.

The Commission did not appeal against the entirety of the first judgement, but considered that there were some legal issues around the interpretation of the condition on absence of suitable alternatives that needed to be clarified.

It is now required to take a new decision regarding the authorisation. It is also analysing how the judgement may impact the way the European Chemicals Agency and the Commission currently assess applications.

“The Commission has been acting upon the elements of the General Court’s judgement we did not appeal. We are now carefully analysing the Judgment and its possible implications,” said a Commission spokesperson.

Contacted by EURACTIV, the European chemical industry council (CEFIC) said it was not in a position to comment because its experts were still analysing the implications of the ruling.

According to the WHO, there is no level of exposure to lead that is known to be without harmful effects. Lead exposure is particularly harmful to children’s development, but also causes long-term harm in adults, including the risk of high blood pressure, kidney damage and impacts on pregnancies.

Current European law allows the Commission and EU countries to authorise the use of harmful chemicals if there is no safer alternative and if the societal benefits outweigh the risk.

But ClientEarth has warned that the Commission has rejected almost none of the 200 exemption applications, including in cases where there were significant issues with the evidence companies provided.

This includes one approval where the European Chemical Agency’s risk assessment committee found “major discrepancy between the scope of the application submitted and the information provided“.

“Until now, the EU Commission together with national governments had been extremely permissive, assuming that if a company applies for authorisation, it is because it does not have a suitable alternative – but this has been proven time and time again to not be true,” said Frida Hök of the International Chemical Secretariat, a environmental group.

According to Hök, the ruling will give a boost to businesses that are investing in safer chemicals.

“This is a great victory which will have big ramifications for the environment and public health,” said Alice Bernard a lawyer at ClientEarth. “It means the EU Commission and EU States have to fundamentally change the way they approve the use of such dangerous chemicals. When companies claim the absence of suitable alternatives, EU bodies can’t automatically take their word for it,” she said.

The European Chemicals Agency, an EU regulatory body based in Helsinki, said they were aware of the ruling and were planning to discuss its implications with the European Commission at a later stage.